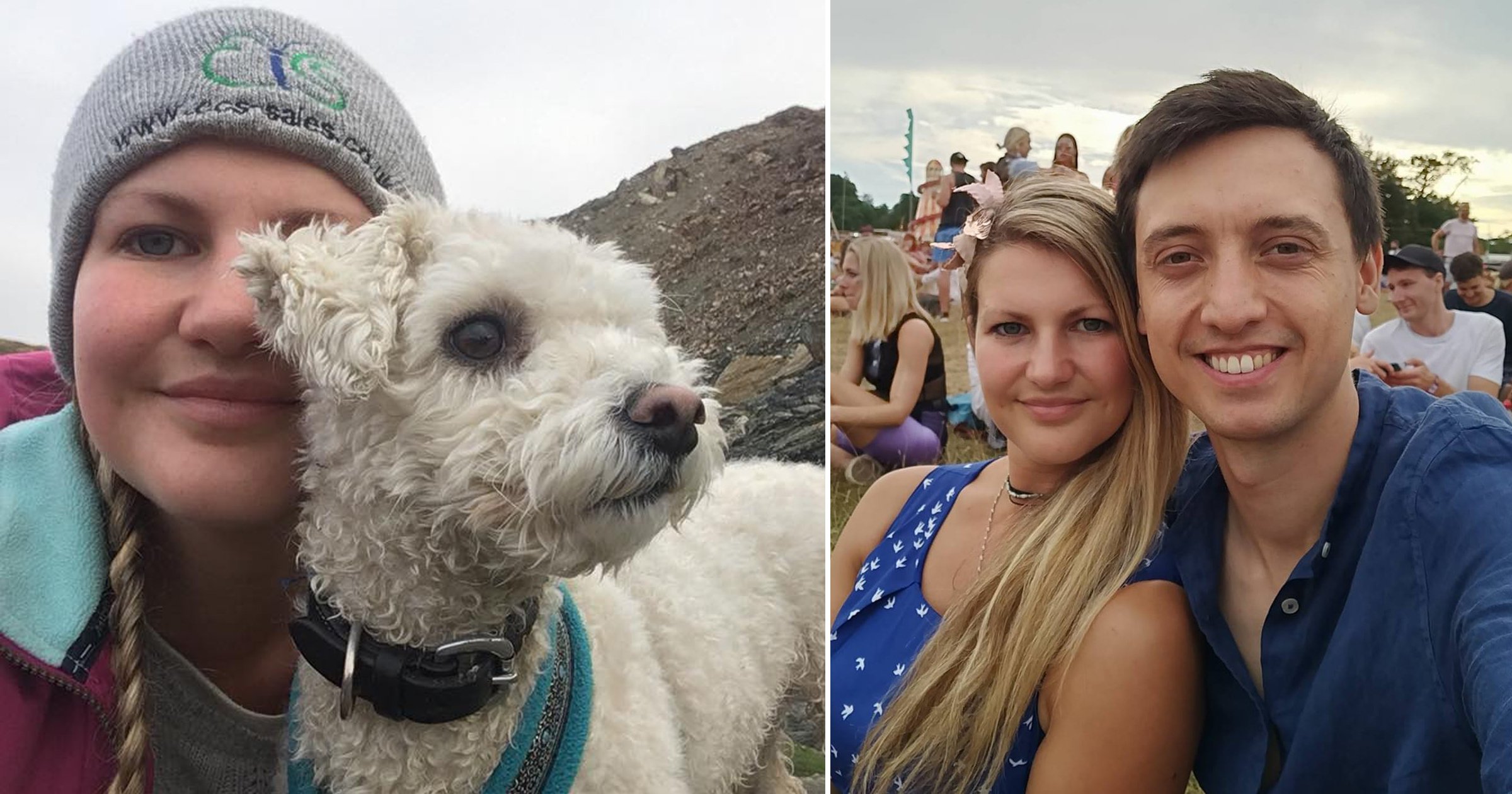 A vet died while trapped in her car as it sank into a fast-flowing river, an inquest heard.

Heike Mojay-Sinclare, 29, was on the way to a friend’s 30th birthday party when she drowned.

Her husband Chester, whom she met as a teenager, paid tribute to ‘such an empathetic and loving, caring person’.

The inquest heard Mrs Mojay-Sinclare was due to arrive at 10pm at a cottage for a weekend of celebrations on December 8, 2018.

But after driving down a now-closed road into a ford in Derbyshire she called 999 and told an operator ‘I am sinking’ at 9.36pm.

She told the call handler that she couldn’t see or get out, and that she was near the town of Ashbourne but didn’t know exactly where.

Fire crews rushed to three fords in the area but could not see her car.

A fire station manager told the inquest that once they established where she was, they ‘decided to commit crews into the water’.

But Mrs Mojay-Sinclare’s car could not be found by firefighters, who had to wade in up to their shoulders as it had ‘dropped into a hole’ in a ‘deeper part’ of the water.

‘The poles would have missed the roof as it had dropped below the river bottom it was traversing,’ the fire station manager added.

It was not until 5.43am the following day, when the river level had dropped by half a metre, that a member of a water rescue team felt a car underfoot.

The inquest heard accounts from police, residents and the parish council that people had become stuck in the ford on numerous occasions.

The road into it at Doles Lane has been shut to the public and can now only be accessed by people who own land off it.

Mrs Mojay-Sinclare’s cause of death was drowning, a pathologist said.

Paying tribute, her husband Chester said they met at a youth hostel when they were both 18.

‘She visited the hostel with three friends on holiday. It was love at first sight,’ he told Derbyshire Live.

‘They were playing cards, I went over and invited myself into the game. It was the old-fashioned way of doing things.

‘She had this spirit and energy for life, she was such an empathetic and loving, caring person.

‘She was so intelligent as well. She was the sort of person it was always hard not to like.

‘We had a lovely life, two lovely dogs – no children yet, that was coming later. Those 11 years we had – every day got better and better, every year.’