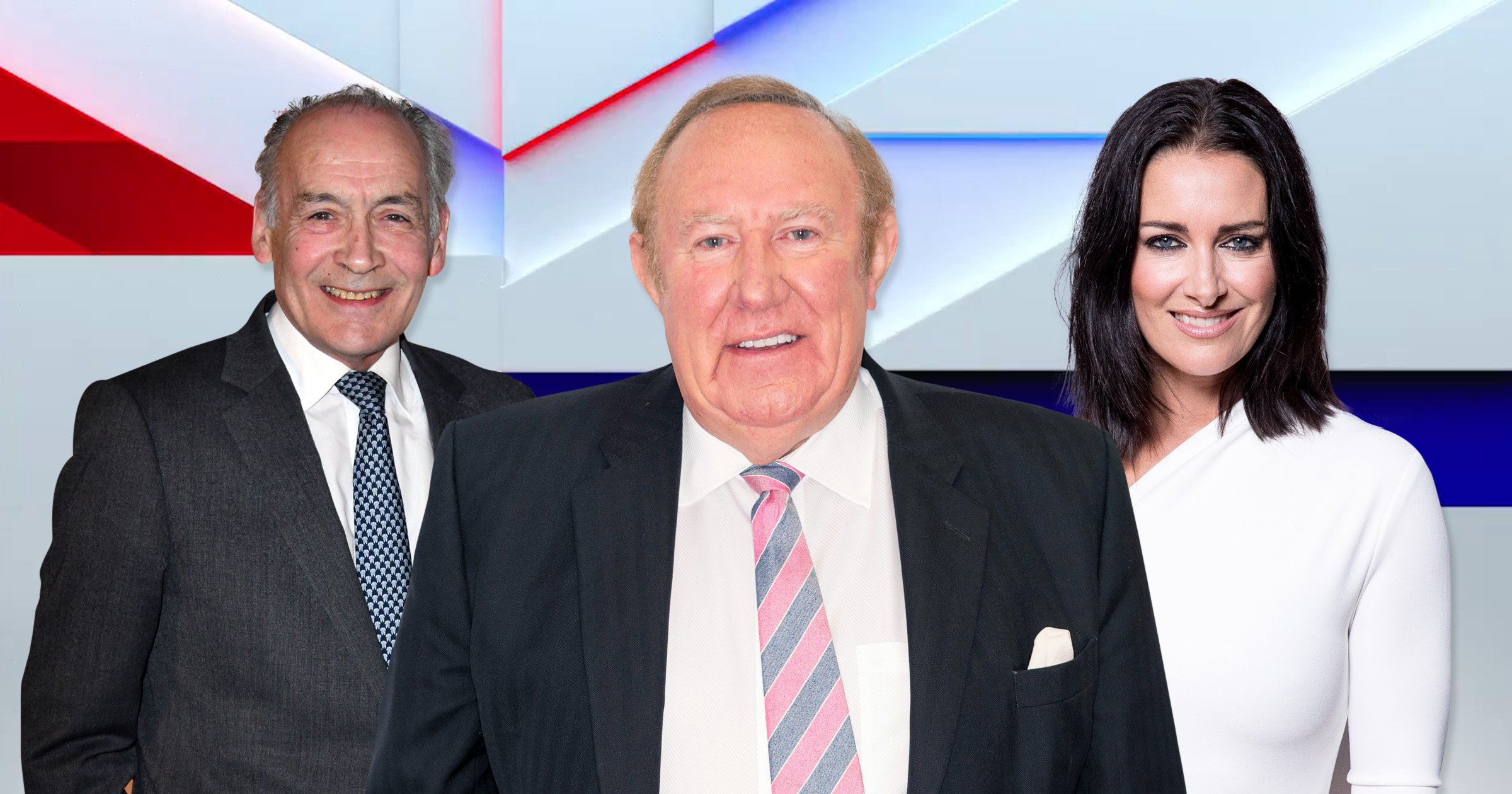 Ahead of GB News launching this weekend, the show’s presenters have been pictured in their snazzy new studio.

The channel, chaired by veteran political interviewer Andrew Neil, launches on June 13 with a special programme at 8pm titled Welcome To GB News.

GB News has promised it will bring ‘impartial journalism’ to the airwaves, with the channel’s director John McAndrew – who has previously worked for BBC, Sky News, NBC and ITN – tweeting that GB News will be ‘free, fair and impartial’ as well as ‘Ofcom regulated’.

This is the UK’s first new news channel in 30 years, and it will feature a variety of news reports, opinion pieces and debates on current affairs.

It was launched as a rival to the news and current affairs offerings on the likes of BBC and Sky.

The programme has a roster of high-profile talent, including ex-BBC presenter Simon McCoy, and ex-Sky News broadcaster Colin Brazier. 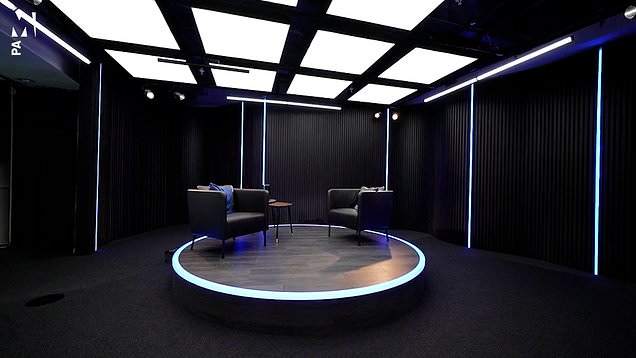 Other names include former Sky Sports presenter Kirsty Gallacher, Darren McCaffrey and Rosie Wright, who will host morning show The Great British Breakfast, while also working on other programmes.

Businesswoman and former Apprentice winner Michelle Dewberry is also on board, as is broadcaster and author Neil Oliver, who will host Neil Oliver Live. Andrew Doyle will host Free Speech Nation.

GB News has also recruited a team of regional reporters to help serve its mission of involving ‘non-metropolitan voices in the national conversation’.

Following his departure from Good Morning Britain, rumours have continued to swirl that Piers Morgan could be another addition to the line-up.

Piers recently joked that he would need more than £2million to be enticed to join.

Neil told the Evening Standard it would ‘be nice to have him’, adding: ‘But he’s got his own idea of what he is worth and we have a slightly different idea of what he’s worth.

‘He is in a lucky situation because ITV are continuing to pay him a tonne of money so he doesn’t have to do anything in the short run.

‘I don’t think he’s going to go anywhere else in the UK. If he has a huge American offer that’s a different matter.

‘No-one in the UK can compete with that, but if he’s going to do more UK news TV I hope it will be with us.’

Appearing on ITV’s This Morning, after bursting into tears, Neil praised the launch line-up of presenters as representative of ‘modern Britain’.

He said: ‘On Sunday night we hope to launch GB News, a new channel. It is quite fraught, as you can imagine, trying to do this in the middle of a pandemic, but we are getting there.

‘We are using lots of the latest new technology, which will be great, but, as you know, new technology doesn’t always work first time round and all the journalists and technicians have got to get used to it. So it is a challenge, but I launched Sky News way back in 1989 so we are used to it.

‘The one thing that has been great is the line-up of presenters. They are Britain, they are modern Britain.’

Since the project was announced, critics suggested that the channel would be a British version of Fox News, which has become increasingly right-wing in recent years, platforming pro-Trump voices and defending conspiracy theories.

However, Neil, who is chairman of GB News and will be hosting a nightly show, has denied that the channels will only be similar in format.

When will GB News start and what channel will it be on?

The 72-year-old said: ‘That is an easy, inaccurate shorthand for what we are trying to do. In terms of format we are like Fox but we won’t be like Fox in that they come from a hard right disinformation fake news conspiracy agenda.

‘I have worked too long and hard to build up a journalistic reputation to consider going down that route.’

Burglar compared to Les Dawson for gurning mugshot after being caught

Chrissy Teigen apologizes to Courtney Stodden for past trolling tweets: ‘I am ashamed and embarrassed at my behavior’

Ollie Locke: My mum didn’t know I was gay until Binky told her