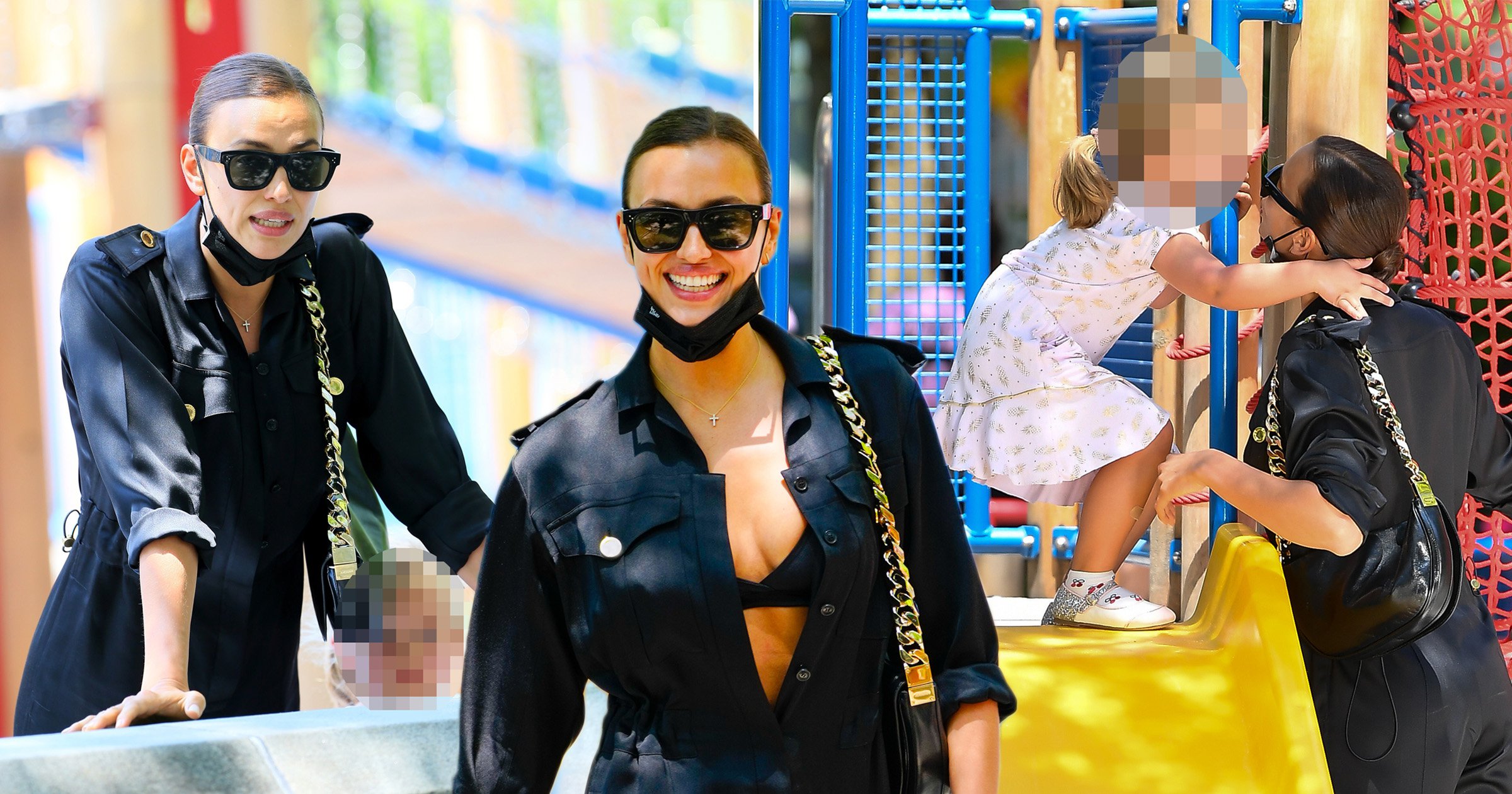 The Russian supermodel looked in good spirits as she played with the adorable little one, who she shares with ex-boyfriend Bradley Cooper.

Irina cut a typically stylish figure in a chic black plunging jumpsuit and shades, with her brunette locks slicked into a bun.

With her attention focused solely on mummy duties, the former Victoria’s Secret angel was seen giving Lea a sweet kiss.

Making sure her daughter wasn’t out of her sight as she played, Irina looked every inch the doting mother.

The mother and daughter duo made the most of the Big Apple sunshine, with Irina then helping her daughter on the slide.

Irina dated her ex Bradley for four years before their split in June 2019, but remain on good terms and co-parent their daughter.

Irina and Kanye sparked dating rumours recently after being seen together in Provence, France, for the rapper’s birthday, before attempting to keep a low profile as they jetted back to the States.

Kanye and Kim Kardashian announced they were divorcing in February, but the reality star also shared a loving message for her ex’s birthday on the day, adding: ‘Love u for life!’

A source told People: ‘[Kanye] started pursuing [Irina] a few weeks ago. Kanye is a persuasive guy. He hung out with her in NYC before they celebrated his birthday in France.

‘She seems smitten. He invited her to France, and she happily accepted. They are not officially dating, but there is an interest from both sides.’

Last month it was claimed Kim didn’t believe the romance rumours surrounding the pair, with a source telling The Sun: ‘She’s not bothered at all about it, no one in her circle appears to care or believe it.

‘Even if it is true, I doubt she’ll even be upset at this point.’

Kanye and Irina have yet to publicly confirm they are dating.

MORE : Bradley Cooper takes daughter for a stroll in New York as ex Irina Shayk flies in with Kanye West

Killer slammed as ‘cowardly’ as he’s jailed for battering dad to death for £13,000 Rolex as boy, 14, is also locked up

Can I watch Anthony Hopkins’ The Father at home as it releases in UK cinemas?

Are the Blue Therapy couples real? Director reveals all about viral YouTube series that you need to watch

GAME has already sold out of PS5 console pre-orders