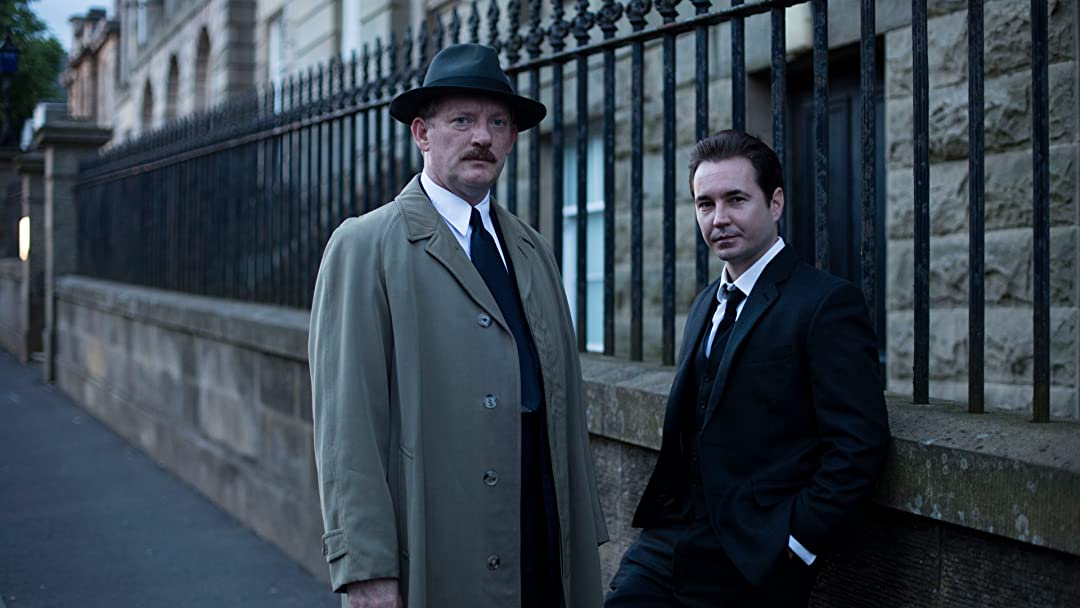 In the midst of his Line of Duty fame Compston took on a much darker role on the other side of the law as serial killer Peter Manuel for the drama, with Henshall playing the dogged detective Sergeant William Muncie on his tail.

The three-part drama first aired in 2016 and showed Compston in a new light as Manuel, who committed a series of murders in 1950s Scotland.

Fans of true crime, Line of Duty or just darn good acting will want to tune in to this mini-series, with episode one going out on Monday night.

Is ITV’s In Plain Sight based on a true story?

The series is indeed based on the real life story of American-born killer Manuel, dubbed The Beast of Birkenshaw due to where he lived in Lanarkshire.

He was responsible for the murders of at least eight people, some of whom he sexually assaulted.

Manuel was tried and convicted at Glasgow High Court and sentenced to death, and was hanged in Barlinnie prison on July 11, 1958. He was one of the last people executed in Scotland before the UK abolished the death penalty.

In Plain Sight: What time is it on and who is in the cast?

How many episodes of In Plain Sight are there?

In Plain Sight is three episodes long and will go out across this week.

The first episode airs Monday June 7 at 9pm on ITV.

The second and third episodes will air on Tuesday and Wednesday night respectively, also at 9pm.

They will also be made available to watch on ITV Hub.

MORE : Scarlett Moffatt thinks Richard Madeley could be a vampire as they ‘walk among us’

MORE : Kelly Brook opens up on ‘so lonely’ experience backstage on The Masked Dancer

Joey Essex breaks down in tears as he explains how death of mum to suicide impacts finding love: ‘Why would she leave me?’