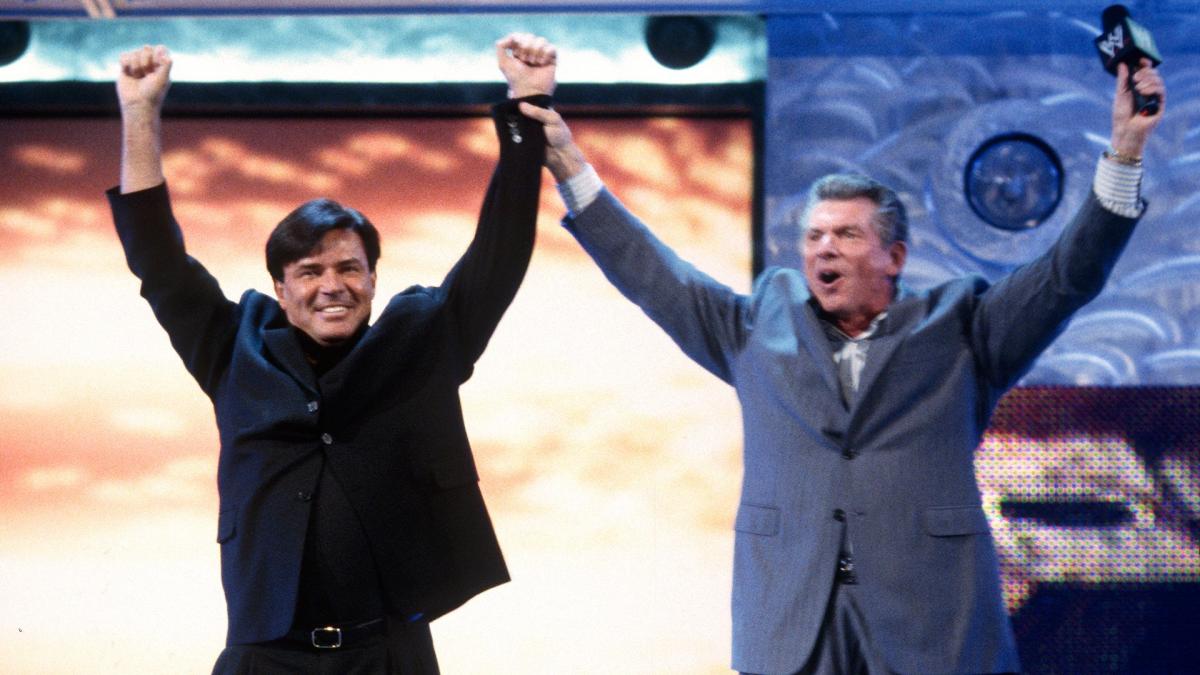 Eric Bischoff has weighed in on the recent WWE releases and he doesn’t think Vince McMahon is looking to sell.

Despite nothing official from the company, there had been some speculation last week after the likes of Braun Strowman, Aleister Black and Ruby Riott were let go in the latest round of ‘budget cuts’.

Speaking on his 83 Weeks podcast, the former WCW boss said: ‘The more I think about it, the more I’m convinced WWE is not for sale. I’m not suggesting that’ll never happen.

‘Nobody knows for sure, and I’m not privy to any inside information. But I’m more and more convinced that what WWE is doing – and I think Nick Khan is probably the catalyst for a lot of this – is making good business decisions.’

Bischoff pointed to WWE’s stock rising closer to the levels it was at pre-Covid, and how the company has continued to do well even without live events or touring for well over a year.

‘That entire company has been set up on a business model where live events and merchandising were such a big chunk of their overall revenue stream,’ he said.

‘I think, if I’m involved in some of the decisions to try to get that stock price up, I’m looking at talent roster, which is a significant part of expenses in WWE.

‘I’m thinking to myself, “Wait a minute, we’re not gonna be touring the same way we used to. I need to start making good decisions. We have 300 people under contract, perhaps that’s too many.” ‘

He suggested that WWE signing so many performers and looking to keep others tied down to big money deals could have been down to the emergence of AEW.

Bischoff continued: ‘I would agree that locking up some talent, or perhaps paying more for that talent than I might otherwise pay, makes sense.

‘But now we know what AEW is, and that’s not discouraging in any way. I think [WWE] probably went, “OK, we need to shore this business model up and make some adjustments.”

‘The world is a different place. I’m more convinced now than I was last week that what WWE is doing is aggressively managing their business model…

;I think when the dust settles, we’re gonna see WWE stock price back to where it was pre-Covid and a new touring model that makes more sense in the long run. I don’t think WWE is going anywhere, at least not in the near future.’

Where are the cast of This is England now? From Stephen Graham to Andrew Shim and Vicky McClure