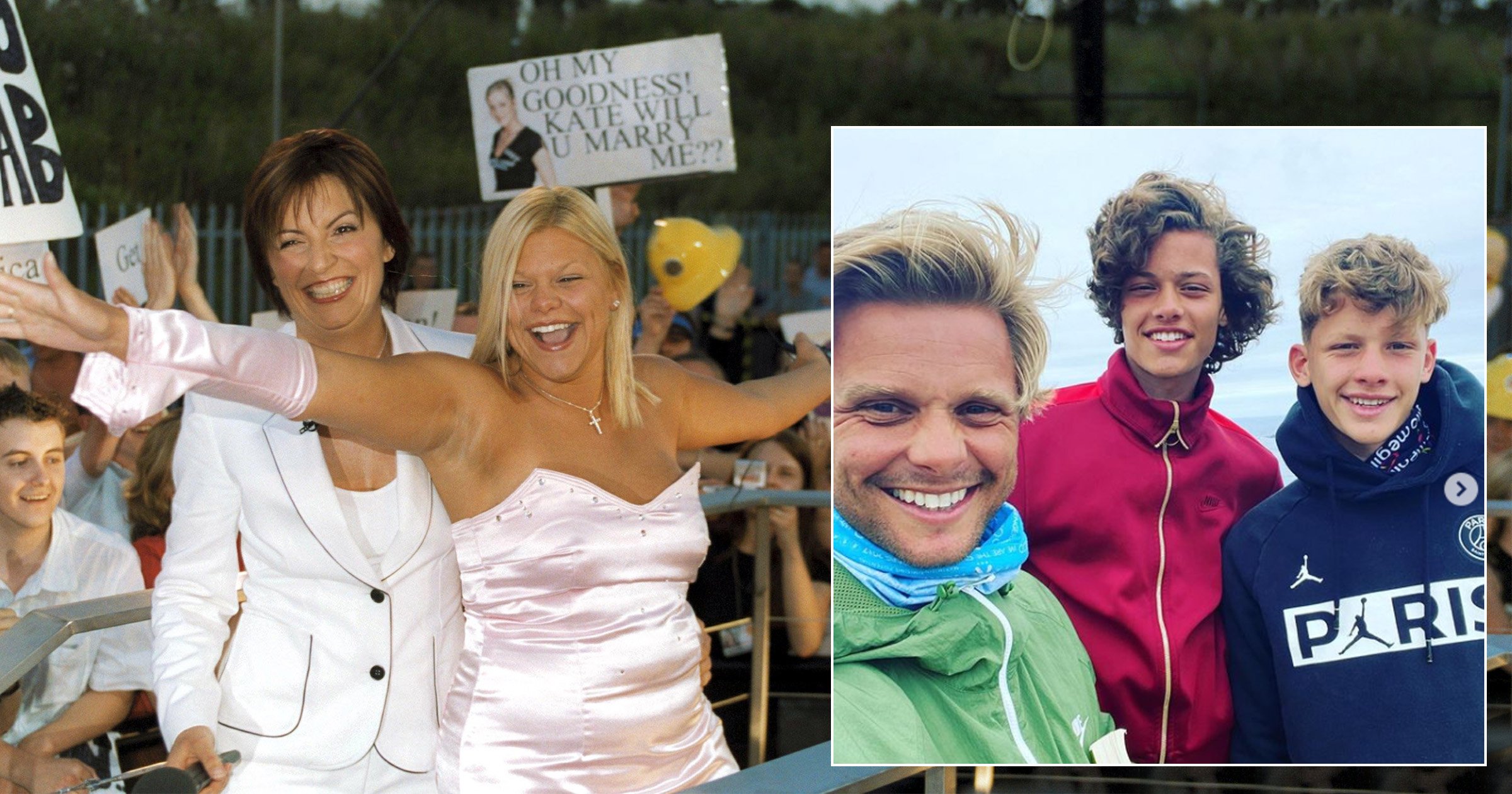 The reality star died 12 years ago, at the age of 27, following a battle with cervical cancer.

Despite coming to fame by taking part on Big Brother in 2002, her two children have not yet been able to see the episodes.

However, speaking in a candid chat about fatherhood, Jeff revealed sons Bobby, 18, and Freddie, 16, are now emotionally ready to tune in.

‘Freddie was always the one that was open to [talking],’ the 42-year-old said. ‘Yet for Bobby, it was too much for him. But recently Bobby said he was ready to read my book, The Grief Survivors’ Guide.

‘I wrote it for the boys about four years ago. It’s a real relief to hear him say he’s ready to start talking about his loss.

‘And now watching things with their mum in, is something we are probably going to start doing soon.’

When asked if the teenagers know about some of her more iconic moments, the life coach added to the Mirror: ‘Yes. They are more than aware of their mum’s best work.’

Jade died in March, 2009, after she was diagnosed with cervical cancer.

The 'secret stars' who have found fame by quitting the UK

Jeff has previously opened up about the struggles of marking her life with their children – as they tend to ‘shut down’ when it comes to hard moments.

Speaking to Metro newspaper, he said: ‘It’s something we’re always having to keep a check on. It’s difficult when teenagers have lost someone because they sort of shut down a bit.

‘Whereas we might have spoken about it a little bit more freely beforehand, now it doesn’t come so easily to the surface.

‘That’s natural, though. We don’t talk about grief because it hurts.’

The Pact fans seriously impressed as Eddie Marsan steals episode 2 – but did you spot why?