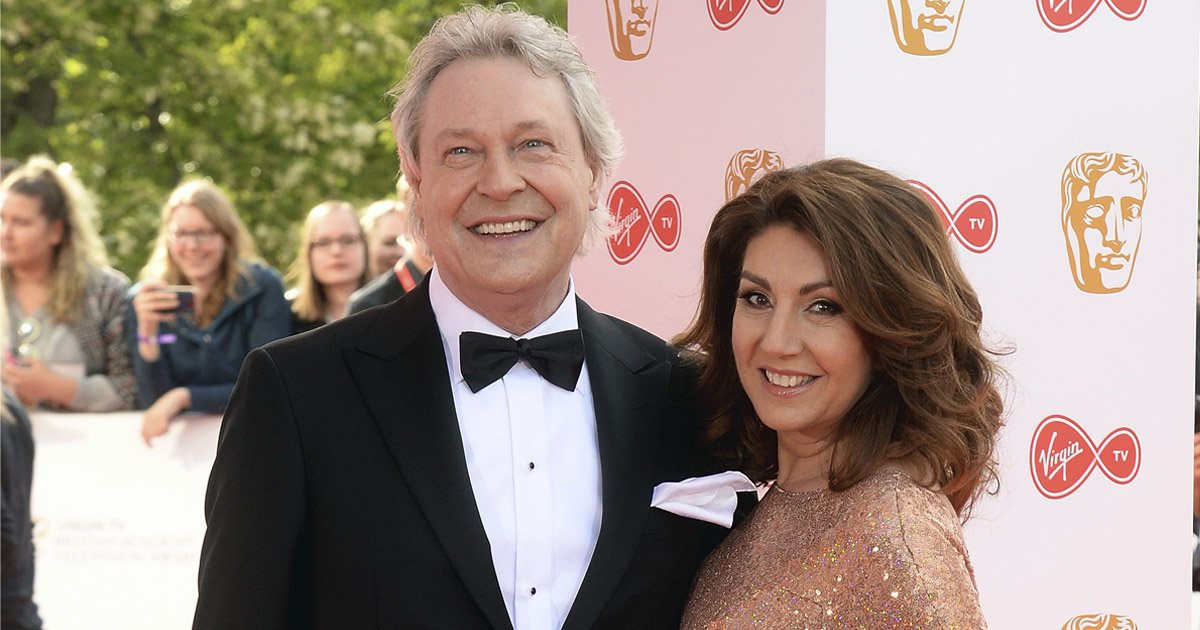 Jane McDonald has shared an emotional thankyou to those who supported a charity close to her heart following the death of her beloved partner Eddie Rothe.

Rothe, 67, died in March after a battle with lung cancer, with the TV star announcing his death on the day of his funeral in April.

Following the heartbreaking news, the cruising star had spoken out about the generosity from fans who had dug deep and donated to the Wakefield Hospice, who cared for her long-term partner when he was ill.

Now Jane has revealed the figure people had raised for the organisation in the following months, with the total surpassing £10,000 in Rothe’s memory.

She wrote on Twitter on Tuesday: ‘I would like to say a huge heartfelt Thank You to everyone who donated to The Wakefield Hospice Just Giving fund in Ed’s memory.

‘Your generosity has raised a total of £12,125.38 which will positively benefit the patients and their families.’

Rothe was the former drummer of 60s band The Searchers, and he and Jane initially dated in 1980 when she was 17. The couple later reunited and got engaged in 2008.

His death was confirmed in a statement on social media, with the post stating he had been fighting cancer for the past few months and that he had been laid to rest that week.

‘It is with immense sadness that we share the news that Jane’s beloved life partner, Ed, passed away on Friday 26th March,’ it read.

‘He had been battling lung cancer for the last few months. We would like to thank everyone for all their help and support during this very difficult time, especially the NHS staff and the wonderful team at The Wakefield Hospice.

‘The funeral took place earlier today and we would please ask for your kindness in observing Jane’s privacy for her and Ed’s family at this sad time.’

Speaking directly about her heartbreak for the first time, Jane later shared a message on her official website, saying she had been ‘touched’ by every message of condolence she had received.

In a post titled ‘A Huge Thank You’, Jane also thanked those who had donated to Wakefield Hospice in memory of her partner.

Her message ended on a hopeful note as she sympathised with those who had told her they had also lost loved ones, writing ‘better days are ahead’.

Jane wrote: ‘I want to thank everyone most sincerely for the wonderful cards and messages of support that I have received since the awful news was announced that I had lost my beloved Ed. I’m so touched by each and every one.

‘All the kind thoughts and words have meant so much to me and many of you have let me know that you are going through the same thing as me having lost loved ones and I wish you all love and strength back.

‘I’m hugely grateful for everyone who very kindly donated to the Just Giving page for Wakefield Hospice in Ed’s memory.

‘It’s been a tough time for us all recently and I know that better days are ahead.’

Katie Price left red-faced as son Jett, seven, calls her ‘annoying’ and says she’s only ‘sort of’ a good mum

Sheridan Smith was ‘totally flattered’ people thought she was Sausage in the Masked Singer: ‘Even my family started thinking it’

Ant Middleton returns to UK after announcing move to Australia over SAS: Who Dares Wins axe