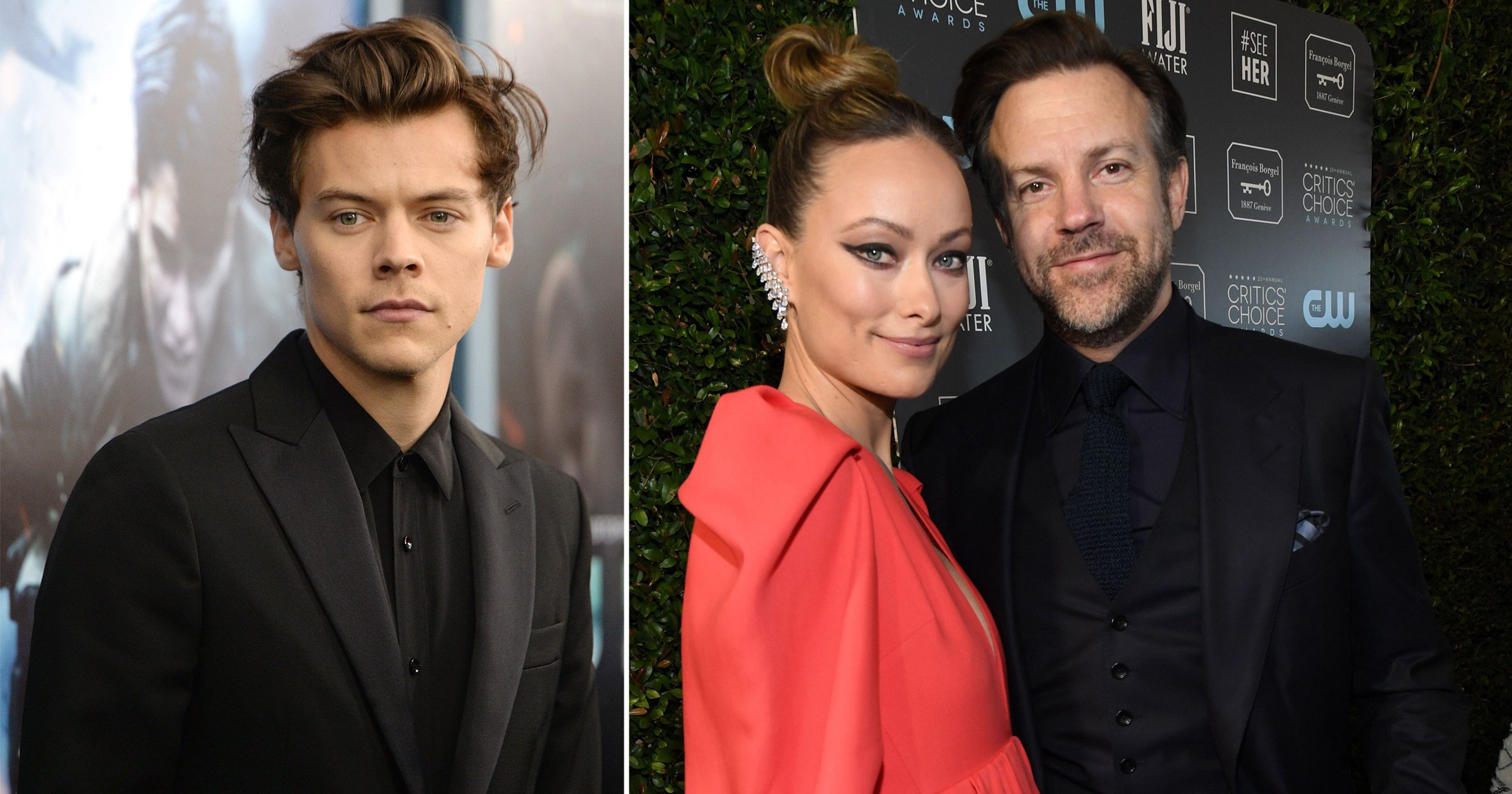 Jason Sudeikis is reportedly still cut up about his ex-fiancée Olivia Wilde’s blossoming romance with Harry Styles as both men have been filming projects in London.

Jason and Olivia announced their separation back in November, after a seven-year engagement, while Olivia and Harry reportedly kicked off their relationship after the split, when the singer was cast in Olivia’s upcoming psychological thriller film, Don’t Worry Darling.

A source claimed to Page Six: ‘Jason is still heartbroken about Olivia and Harry’s relationship.

‘They’re going from strength to strength, and he’s still massively upset and, to be honest, is still a little angry.’

Harry, 27, is currently filming in the capital for his role in My Policeman, while Jason, 45, was in town shooting for the new season of his Apple TV+ hit Ted Lasso.

A keen-eyed fan spotted 37-year-old Olivia hanging out with Harry near a park last week, and her and Jason’s children, Otis, seven, and four-year-old Daisy have been splitting their time between their parents.

Saturday Night Live alumnus Jason has reportedly been growing close with his co-star Keeley Hazell, a friend since they both appeared in Horrible Bosses 2 back in 2014.

Back in March he was seen receiving a Golden Globe on Zoom from the same living room that Keeley had shown in an Instagram snap, suggesting the pair were living together or at least bubbled up under lockdown rules.

Harry and Olivia were snapped for the first time together in January, hand in hand at the wedding of Harry’s manager in California.

The pair was recently spotted on a cosy pub date together in West London after lockdown restrictions were eased.

They told The Mirror: ‘They looked very cosy on an intimate table for two away from other diners. They were grinning like Cheshire cats at each other all night.’

The pair apparently didn’t shy away from being affectionate, with the director ‘gently nudging’ against him during the evening.

‘They were very polite and waved to the team before heading out the door.’

Metro.co.uk has reached out to reps for Jason Sudeikis, Olivia Wilde and Harry Styles for comment.

MORE : Liam Payne reveals Harry Styles called him recently ‘because he has sixth sense for when I’m struggling’