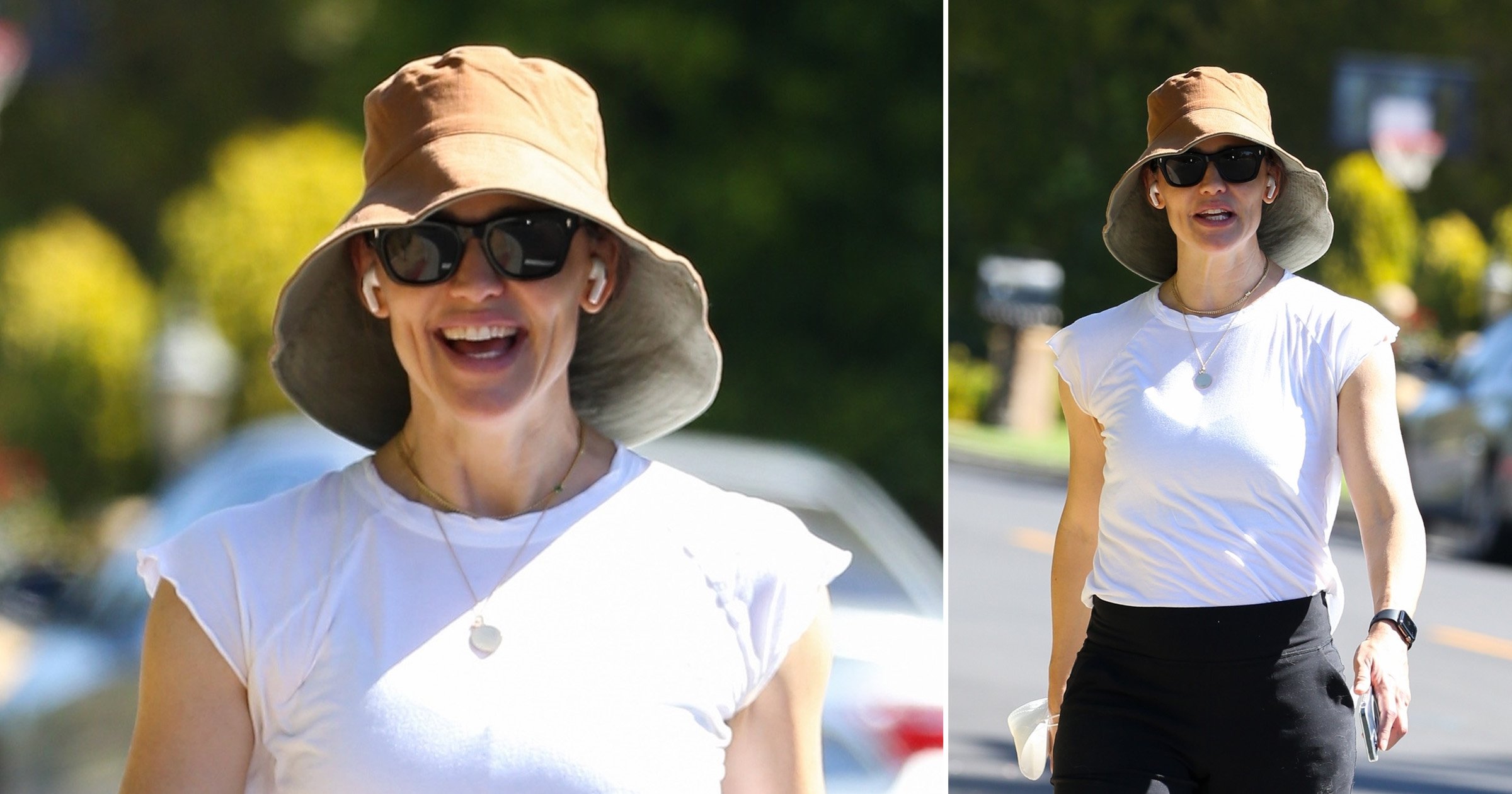 Jennifer Garner was in cheerful spirits as she ran errands near her home this week, amid the mounting reports of her ex-husband Ben Affleck cosying up to Jennifer Lopez.

The 13 Going On 30 actress was spotted in her neighbourhood of Santa Monica on Wednesday alone.

With her earpods in, Jennifer seemed chirpy and smiled as she chatted on the phone while strutting along in a trendy bucket hat. She was without her three children, Violet, Seraphina and Samuel, who she shares with ex Ben.

It’s not known what the actress thinks of her former husband reportedly moving on with his ex-girlfriend J.Lo, who he originally split from 17 years ago.

Weeks after ending her engagement with Alex Rodriguez, J.Lo was pictured boarding a private jet with Ben as they headed on a weekend getaway for two. Since then, the pair have spent time together at a property in Miami, Florida and showing PDA on a dinner date.

Most recently, Ben was pictured leaving J.Lo’s house with a cheeky smile on his face after reportedly spending the night.

A source told E! News: ‘He’s really making a huge effort. J.Lo thinks Ben has really stepped up and loves this version of him.’

The pair dated in the early noughties and were engaged but split in 2004 just weeks before their wedding.

Ben, 47, was married to actress Jennifer for more than a decade when they announced their split in 2015.

Things have been turbulent over the years but they appear to be amicably co-parenting their children.

He wrote: ‘So happy to share these kids with you. Luckiest parents in the world. Thanks for all the good you do. Happy Mother’s Day. Love, their Dad.’

Innocent series 2: Who’s in the cast, what channel is it on and how many episodes are there?

Sir Michael Caine cutting down on booze to spend more time with grandchildren: ‘They’re my fountain of youth’