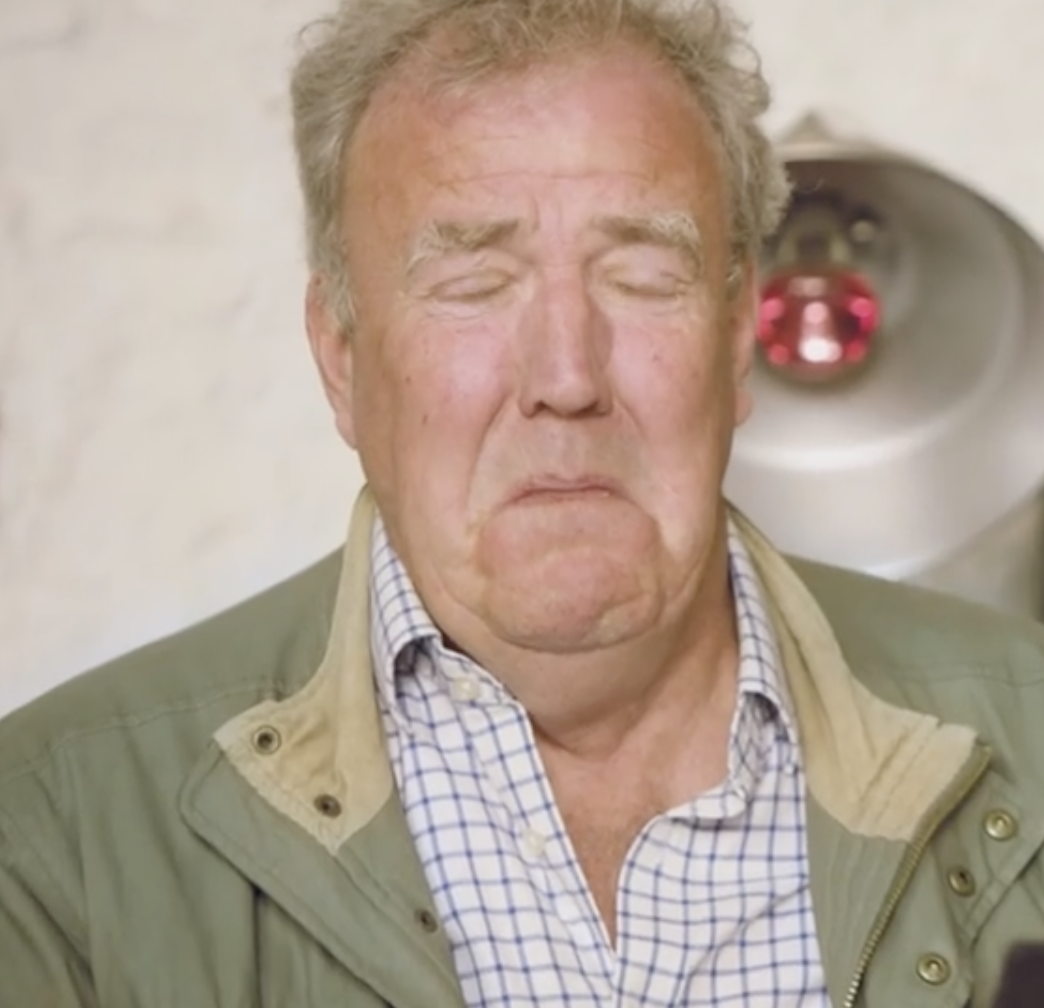 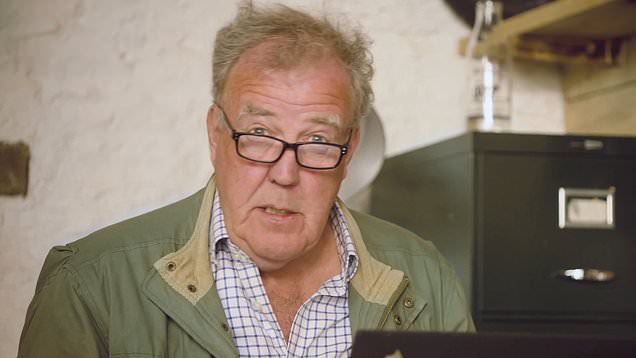 Jezza has ditched his pals James and Richard Hammond for his new show, which follows the 61-year-old as he walks away from his luxurious London life to herd sheep in 1,000 acre farm.

From the first look trailer, which sees the petrol-head clash with a neighbour and chase his 75 sheep, he’s in over his head.

Still, he’s applying for Farmer of The Year in a new teaser for the series, and gets nauseated when thinking about his TGT co-star.

‘Right, I’ve had an email inviting me to Farmer of the Year Award. Why would I not do that?’ he says.

Rehearsing is speech, he declares he’s ‘proud, humbled, honoured, touched – not in a bad way’.

Trying to put on the waterworks, he takes desperate measures to think of James’ face.

‘No, that’s making me sick,’ he winces before running off camera.

Clarkson’s Farm looks set to show a different side to the presenter, who was reduced to tears filming the docuseries when he was forced to kill three of his sheep.

‘Nobody likes killing an animal,’ he said. ‘They just don’t. You can’t say: “I enjoy killing animals.” You’d be deranged, you’d be a sociopath. So you don’t enjoy it.’

Jeremy went on to say: ‘That was my first experience of it, where I raised these things. And I actually got to know those three sheep quite well.

‘I had to keep them for complicated veterinary reasons for a few weeks after they’d been diagnosed as having “bad bags”, which is something I had never heard of before, before they were killed.’

He added: ‘I had to go and feed them every night, and it was a tragic moment. I nearly abdicated the responsibility of taking them to the abattoir to someone else. But then I thought: “No, come on, you’ve got to do it”.

Clarkson’s Farm will be available to stream on Amazon Prime Video from June 11.