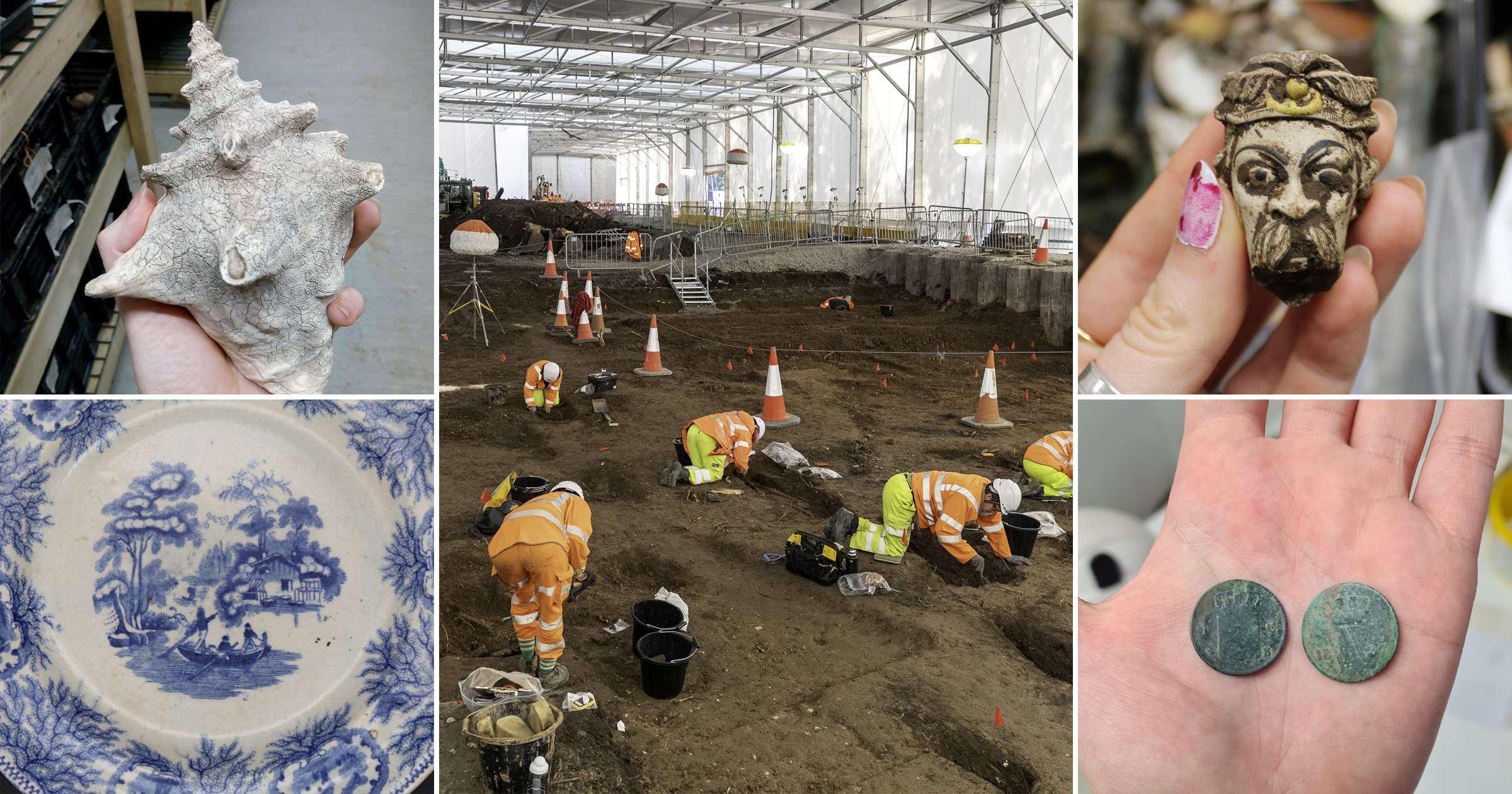 A 200-year-old graveyard where more than 9,000 bodies are buried is being dug up as part of efforts to build a new underpass.

Archaeologists working on the Highways England project have unearthed a treasure trove of artefacts including jewellery, cooking utensils and coins.

Thousands of skeletons have been exhumed from the burial ground on the A63 in Hull, which was in use during the Industrial Revolution between 1783 and 1861.

So far, one-third of all the skeletons recovered from the site are children aged 18 and under including 40 children who were buried there after the site was closed.

At this stage, it’s not known how or why they came to be there.

All the bodies must be exhumed before work can start on the £355million roadworks project.

An 80-strong team of experts are carefully excavating them and carrying out examinations before logging the information.

Once the relevant groundworks have been completed, the bodies will be reburied on the same site, which at the time was called Trinity Burial Ground.

Highways England has described the project, which began in 2015 and will end this summer, as ‘incredible’ – and say their efforts have ‘revealed intriguing clues’ from the past.

The site was in use at a time when the population of Hull was rapidly expanding, as commercial and industrial activity intensified in the 18th and 19th century.

It has been found that individuals were buried in different sections depending on their wealth, with richer people located further away from the city centre.

One item that has been dug up, which has been sent away for testing, is a sealed blue bottle marked ‘Hull Infirmary’, which contains a mysterious brown liquid inside it.

Highways England are encouraging Hull locals to get in touch, saying that they will pass on any and all information they have about people’s potential ancestors.

It’s thought many of those buried on the site likely have living descendants in the city today.

Fran Oliver, assistant project manager, said: ‘The quest to piece together the history of Hull has been incredible so far, revealing intriguing clues from the past.

‘Our archaeologists, carrying out the city’s largest ever archaeological dig, have already found a wealth of information about the lives of society at a time when the population was rapidly expanding, as commercial and industrial activity intensified in the 18th and 19th century.’

Later this month site workers are expected to start recording the underground footings of an 18th-century jail which once stood at a corner of the site.

Everything you need to know about the Queen’s Platinum Jubilee

Body of man, 38, pulled from lake after swimming in heatwave