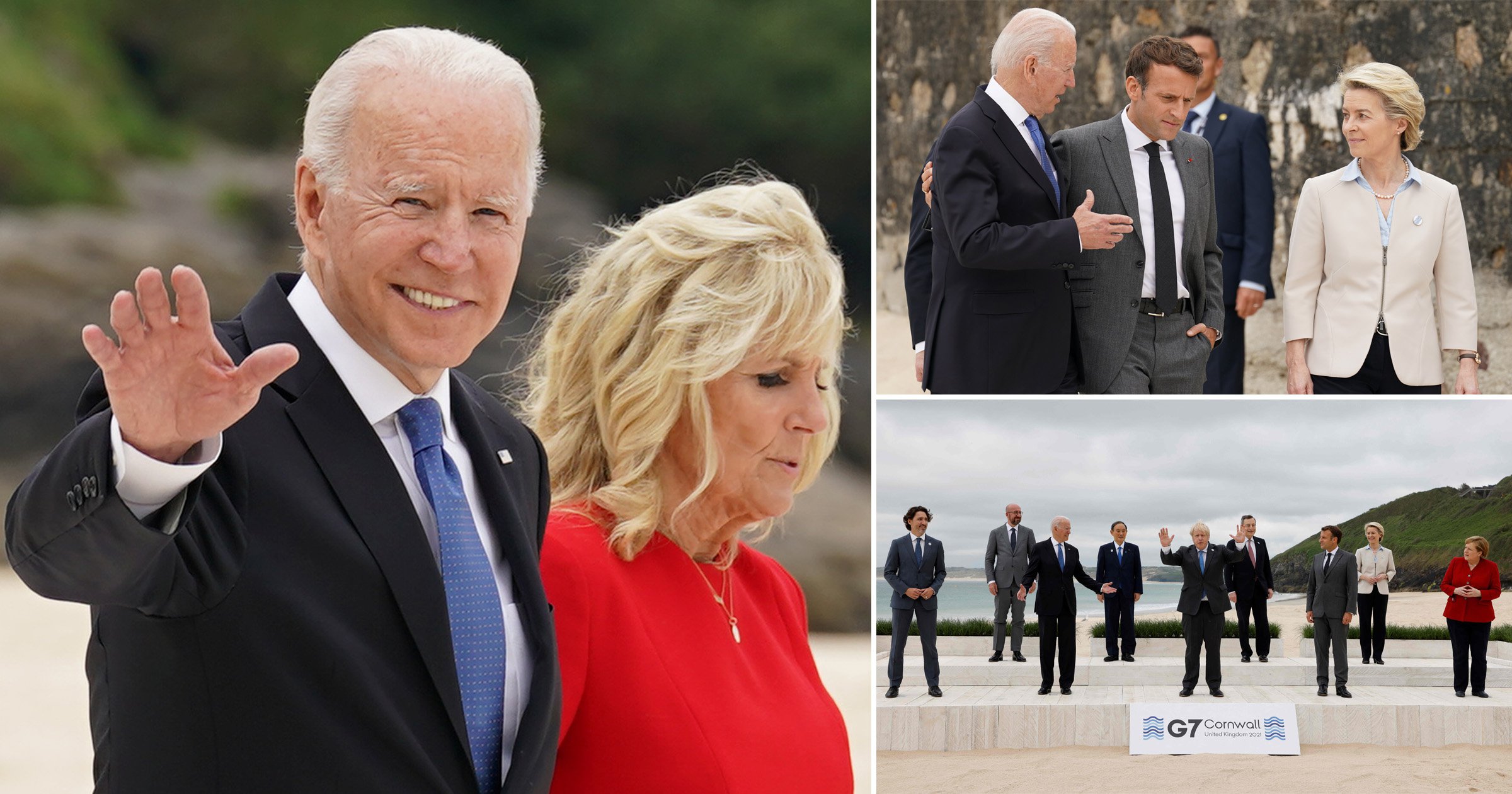 US President Joe Biden and First Lady Jill greeted Group of Seven leaders on a beach in Cornwall for the official start of the summit on Friday.

The Bidens held hands as they walked along the boardwalk on the sand. The president wore a black suit with a blue tie while the first lady wore a red dress with matching heels.

Biden cracked jokes with British Prime Minister Boris Johnson, then put his arm around French President Emmanuel Macron. Johnson gave a fist bump to Jill as his spouse Carrie Johnson and the US president laughed. Other leaders also fist bumped each other.

‘Everybody in the water,’ Biden joked to reporters during the greetings. 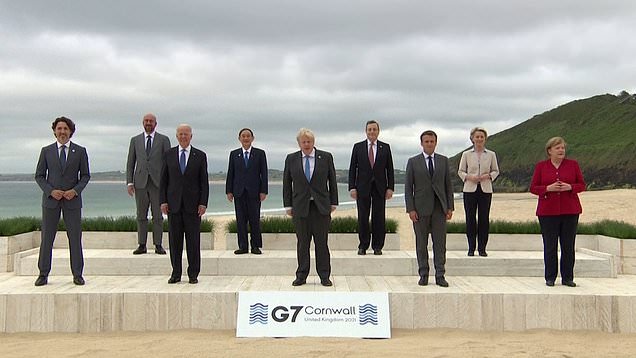 Jill, who donned the red dress after changing from a white dress and a pink blazer, said, ‘I feel like I’m at a wedding’.

Biden has made it clear he plans to rebuild relationships between the US and its European allies after relations were ‘frayed’ under his predecessor Donald Trump.

While walking away from the family photo, Biden was asked by a reporter what his message to Russia’s President Vladimir Putin will be. Biden will meet Putin on Wednesday for a summit in Geneva following his meetings with G7 and NATO leaders.

‘I’ll tell you after I deliver it,’ Biden replied.

‘We’re going to help lead the world out of this pandemic working alongside our global partners,’ Biden said on Thursday.

In addition, the G7 leaders are expected to officially endorse a minimum global tax rate of at least 15% on corporations. Biden had been pushing the initiative and it was endorsed by finance ministers of the member nations last weekend.