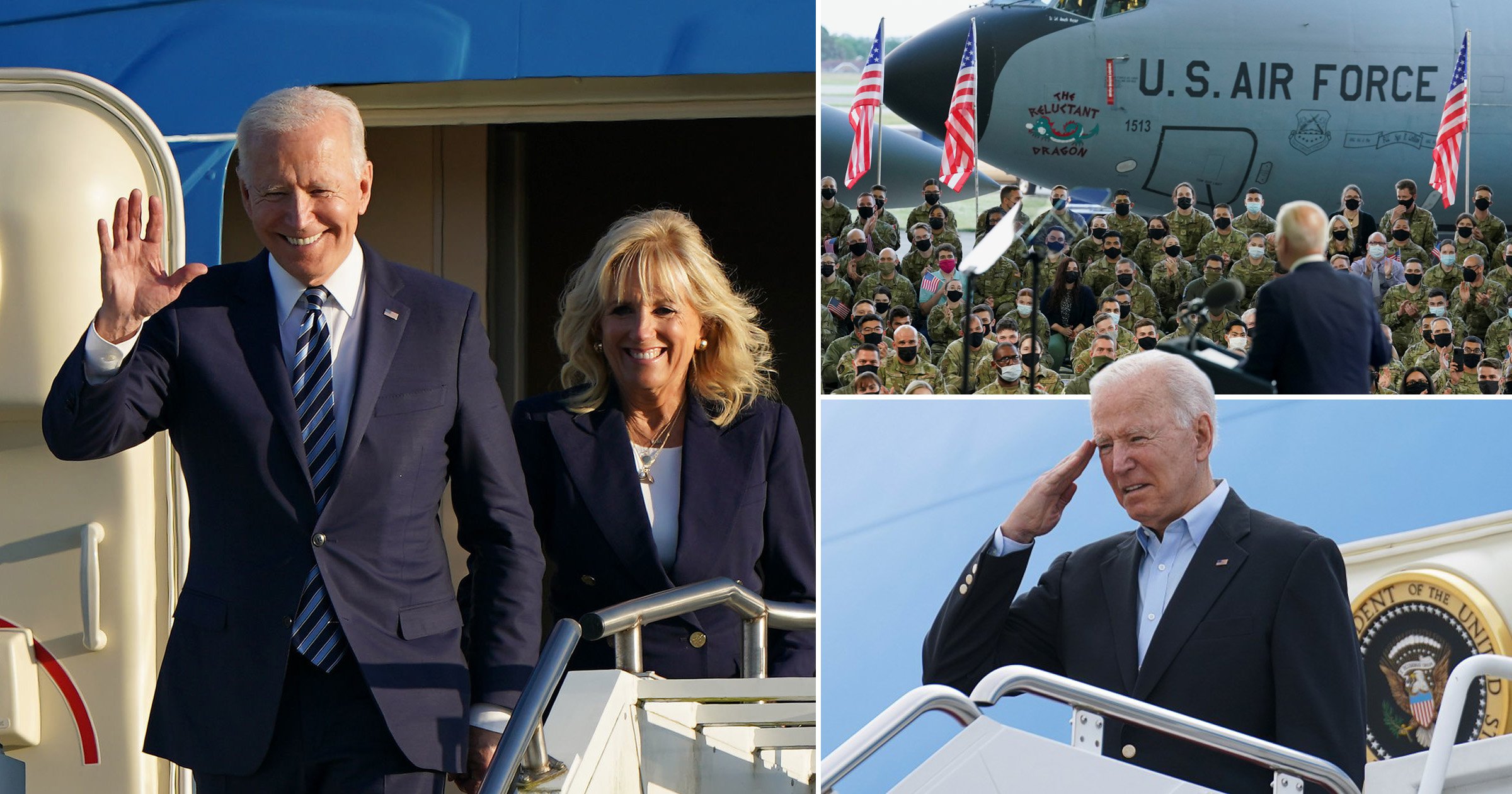 Joe Biden has arrived in the UK ready for the G7 Summit in Cornwall – and says his visit will show ‘the US is back’.

He was pictured waving as he stepped off Air Force One with his wife Jill, for his first official overseas visit as US president.

He said his visit would show that democracies are standing together.

He will follow his trip to the G7 summit and Nato ministerial meeting with a visit to Moscow for talks with Vladimir Putin.

Mr Biden told military personnel at RAF Mildenhall: ‘This is my first overseas trip as President of the United States.

‘I’m heading to the G7, then to the Nato ministerial and then to meet with Mr Putin to let him know what I want him to know. 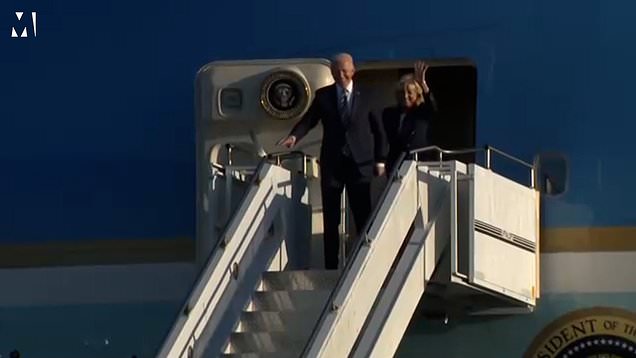 ‘At every point along the way we are going to make it clear that the United States is back and democracies of the world are standing together to tackle the toughest challenges and the issues that matter most to our future.’

A large crowd of US Air Force personnel and their families were waiting for him inside a hangar at RAF Mildenhall, Suffolk, where he is due to address them.

Before stepping aboard the plane, Biden told reporters that his trip would show that the US and Europe are ‘tight’.

Boris Johnson has already arrived in Cornwall ahead of the talks at Carbis Bay, near St Ives.

Speaking after touching down, President Biden said the US-UK alliance was the ‘strongest military and political alliance in the history of the world’.

But he added it needed to be ‘modernised’ to protect against past
threats and new challenges.

Before arriving, Mr Biden promised the meeting with the Prime Minister would ‘affirm the special relationship between our nations’.

However, this week it emerged Mr Johnson is not a fan of the expression, after an American magazine reported he told aides he does not like the seemingly ‘needy and weak’ term.

Downing Street said he ‘prefers not to use the phrase’ and is instead intent on fostering a ‘close relationship’ with Washington.

Part of that, Mr Johnson hopes, is a trade deal with the US.

The Prime Minister also plans to use the summit of leading economies to urge the members – also including Canada, Japan, France, Germany and Italy – to ‘defeat’ Covid-19 by helping to vaccinate the world by the end of next year.

The US President told reporters that he would be announcing a vaccine strategy for the world.

Mr Johnson also wants a new treaty on responding to pandemics after the ‘pretty scratchy period’ where countries were competing and ‘squabbling’ over access to personal protective equipment.

After the summit ends, the president and first lady will meet the Queen at Windsor Castle.

Mr Biden will then depart for Brussels and later Geneva in Switzerland.

Dracula stars set to reunite for new show The Offenders