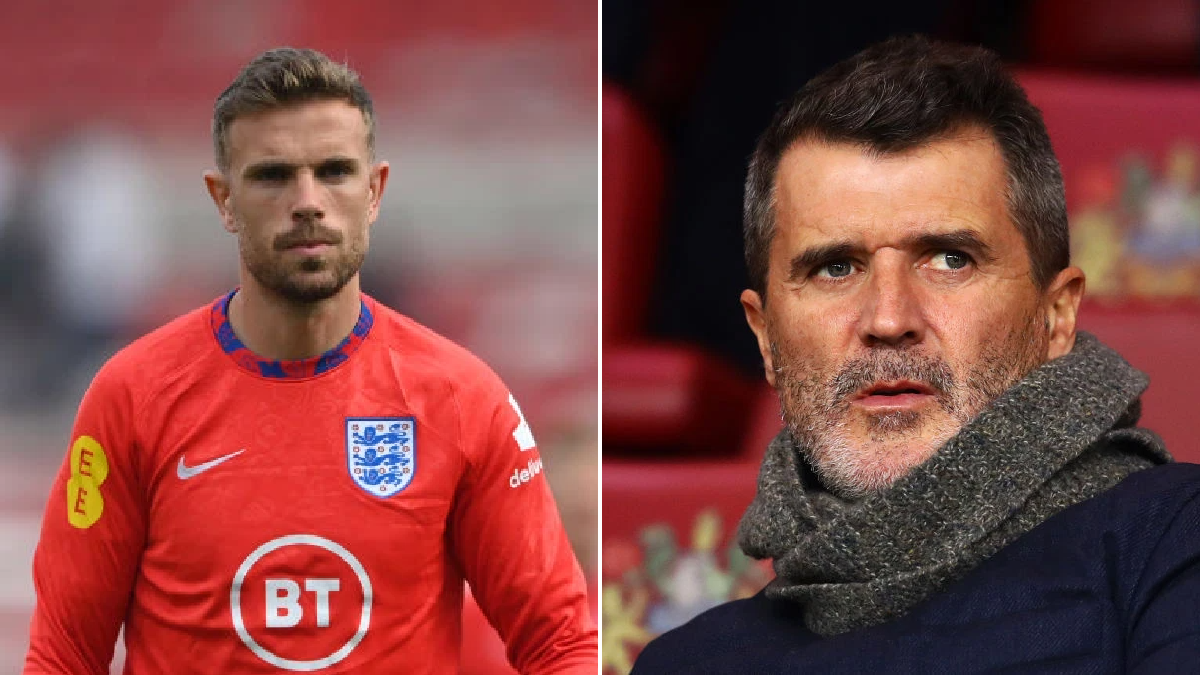 Jordan Henderson has responded to Roy Keane’s dig over his place in the England squad and insisted he is fit for Sunday’s Euro 2020 opener against Croatia.

Before his 45-minute run-out for the Three Lions in their friendly against Romania last weekend, the Liverpool captain hadn’t featured for club or country since suffering a groin injury in February.

Henderson’s fitness was questioned by Manchester United legend and former Republic of Ireland international Keane, who suggested the midfielder shouldn’t have been included in Gareth Southgate’s 26-man squad.

‘Clearly Jordan is not fit, I don’t think he should be involved,’ Keane told ITV. ‘He can’t be fit if he can’t start a game against Romania.

‘Now I’ve heard people saying they want him around the place. For what? Does he do card tricks? Does he have a sing song, does he have quizzes in the evenings, what does he do?’

But Henderson admitted that he found his former Sunderland manager’s comments amusing as he emphasised that he is in the team to contribute on the pitch.

‘Yeah, and the card tricks he [Keane] was on about – I’ve got a few of them up my sleeve,’ Henderson said.

‘Listen, as a player you want to play and I’m not coming here just to be around the camp, like Roy was saying.

‘I want to come here and I want to contribute in the games. How much of that is not really down to me, it’s up to the manager to make a decision.

‘But whenever I’m called upon, I’ll be ready and hopefully I can be a big contribution to this tournament and our success going forward.

‘So, yeah, listen, we know a little bit more detail, I know more detail and so does the manager, which Roy may not.

‘But in terms of stuff like that, everyone’s going to have an opinion, everybody’s going to think they know better than everybody else.’

Henderson also insisted that he is fit and raring to go for England’s opening match of the tournament against Croatia on June 13.

‘I’m fit,’ Henderson said. ‘You probably wouldn’t know but I’ve trained for a long time. It’s a little bit different training on your own instead of team training, although I managed to do that towards the back end of the season with Liverpool.

‘There was a bit of a gap then because everyone was off [at the end of the club season] so I continued to work on my own and then I picked up training with England again. That period [with England] has been really good for me, the intensity has stepped up. I’m going into the tournament in a good place. I realise I haven’t played that much in recent months but I feel really good.’

Shop Amazon’s Early Prime Day Deals on Underwear — Save Up To 50% Off Calvin Klein, Hanes & More