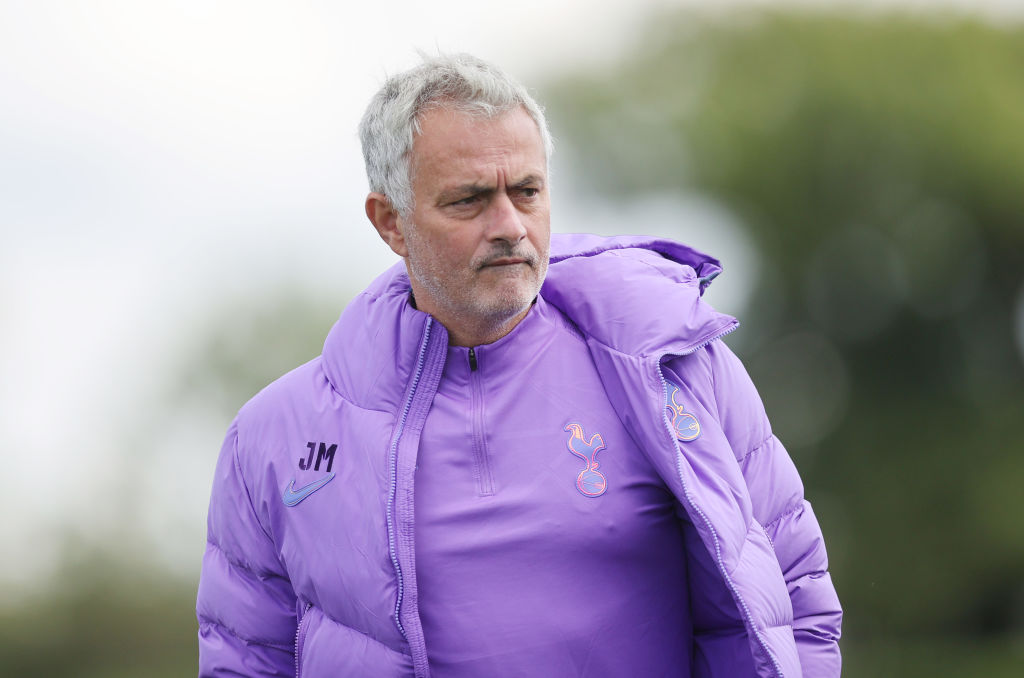 Roma boss Jose Mourinho has criticised Daniel Levy for his decision to sack him at Tottenham just six days before the club’s Carabao Cup final defeat to Manchester City in April.

The Portuguese coach was dismissed just 17 months into his reign in north London after a dismal second season at Spurs.

However, the biggest surprise was not that the decision was made but its timing, with Spurs just six days away from a League Cup final date at Wembley.

Mourinho has won 25 major honours in his career and was appointed by Spurs with the sole focus of ending the club’s 13-year wait for a trophy.

The former Manchester United boss admits he was disappointed with the timing of the decision but he says he counts reaching the final as a ‘half trophy’, given his hard work to get Spurs in that position.

‘If you want to be proactive you can ask me how many trophies I have won in my career — 25 and a half,’ Mourinho told the Sun.

‘The half is the final I didn’t play with Tottenham.’

Mourinho was asked if he was disappointed not to lead Spurs out at Wembley, to which he replied: ‘Of course.

‘To have a chance to win a trophy with a club that doesn’t have many, that was a dream.’

Mourinho has since signed a three-year deal to return to Italy with Roma, after being impressed with the club’s owners during talks.

The former Inter boss was then approached by Real Madrid over the possibility of replacing Zinedine Zidane following the Frenchman’s departure from the Bernabeu.

However, despite maintaining a good relationship with Florentino Perez, Mourinho wants to return to Italy.

UFOs are interfering with our nuclear weapons and could be ‘1,000 years ahead’ of mankind, claims ex-Pentagon insider