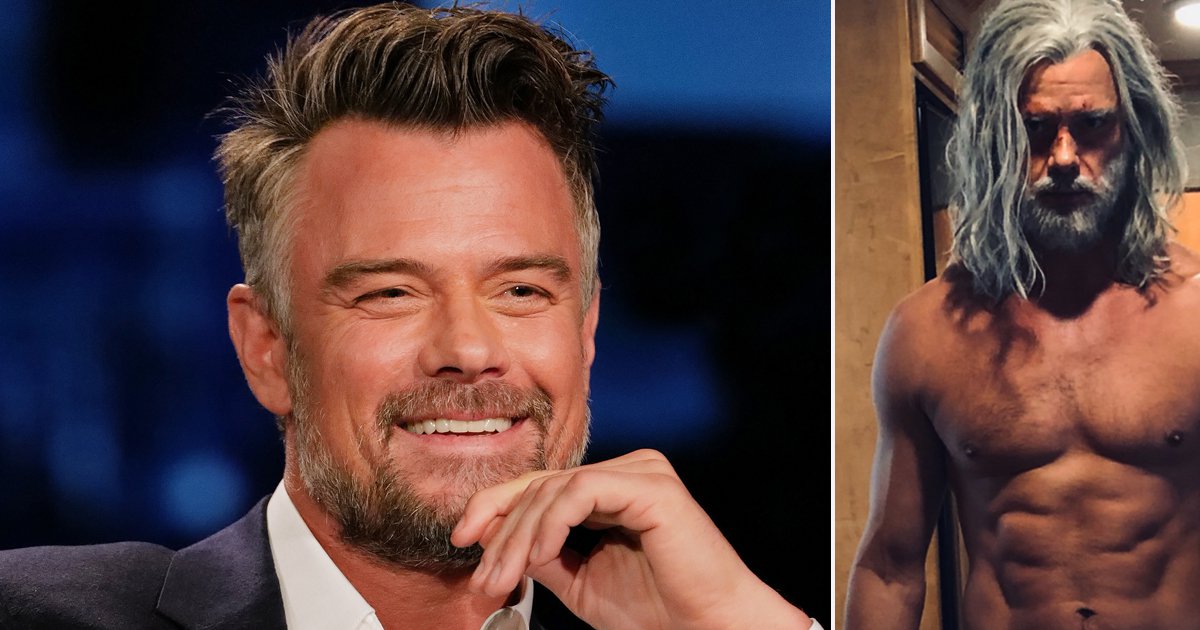 Josh Duhamel had the best reaction following news Netflix had canceled his superhero series Jupiter’s Legacy after just one season.

The 48-year-old actor decided to hop on Instagram with a cheeky shirtless snap as he took the news like a relationship split.

Josh shared a selfie of himself in character as Sheldon Sampson with gray long hair and beard as he wrote: ‘When you get dumped by @netflix and have to put yourself back out there…. #sexysantasummer. What’s up, @hulu ?’

His post came after it was revealed that Netflix has decided to end its superhero series and had released the cast from their commitments to the show.

According to Variety, the streaming service is instead pressing ahead with a live-action version of Supercrooks, set in the same universe as Jupiter’s Legacy.

Supercrooks will follow a group of super powered villains in the same way Jupiter’s Legacy, an adaptation of Mark Millar’s comic book series of the same name, centered on superheroes.

Led by The Utopian (Josh Duhamel) the heroes, after gaining special abilities in the 1930s, are now role models for young heroes with aspirations to follow in their footsteps.

According to The Hollywood Reporter’s Borys Kit the series cost ‘around $200million’ to produce, including reshoots.

Millar said he was ‘proud’ of what he achieved with Jupiter’s Legacy but wanted to answer fan questions about ‘what we’re planning next with this world’.

‘I’ve always loved crime stories from Scorcese to Tarantino and super-villains are always the most fun part of any superhero story. To do something exclusively focused on the villains they fight just feels incredibly fresh as we explore what it’s like to be a bad guy in a world crawling with good guys who want to put you in jail,’ he said in a statement posted on Twitter.

‘Jupiter’s Legacy is a vast and rich space with lots of characters to mine and so I’m happy to share that our next step here is a live-action version of the ‘Supercrooks’ comic I created with Leinil Francis Yu a few years back.

‘Given where we’re going next, we’ve made the tough call of letting our incredible cast out of their show commitment as we continue to thoughtfully develop all realms of the ‘Jupiter’s Legacy’ saga.

‘We’re confident we’ll return to it later and just want to say thanks to you guys for your continued support and to the cast and crew who made this look so great.’

What films to watch on Netflix in June

The news may come as a surprise to viewers as season one ended on a cliffhanger suggesting more was on the way.

A comic book series to tie in with the show had also been planned but will now wrap up the story completely.

MORE : Jupiter’s Legacy cancelled by Netflix after one season as cast are released from contracts

The Pact viewers convinced they’ve spotted ‘blunder’ at murder scene – but is it actually a key clue to killer?