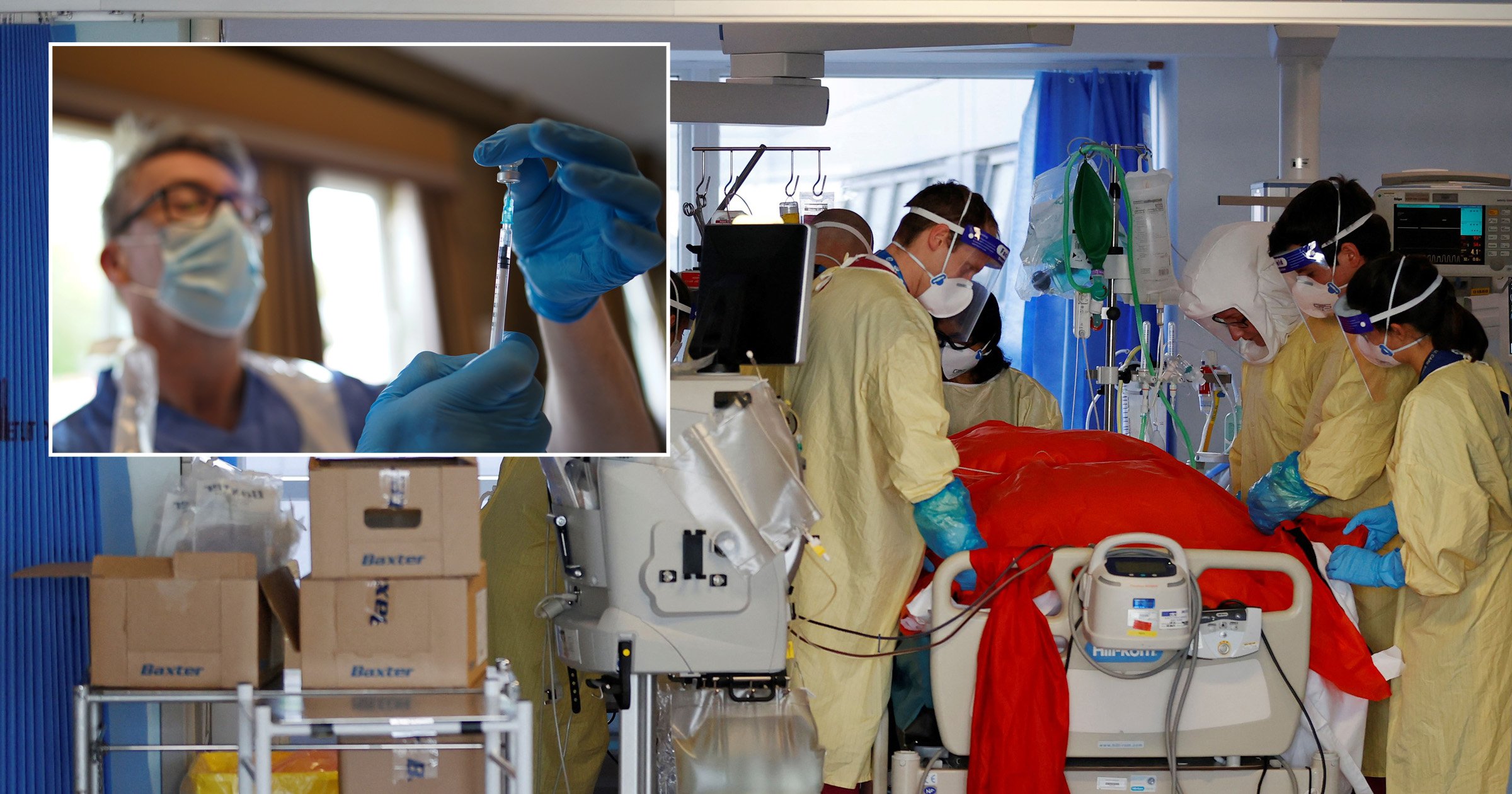 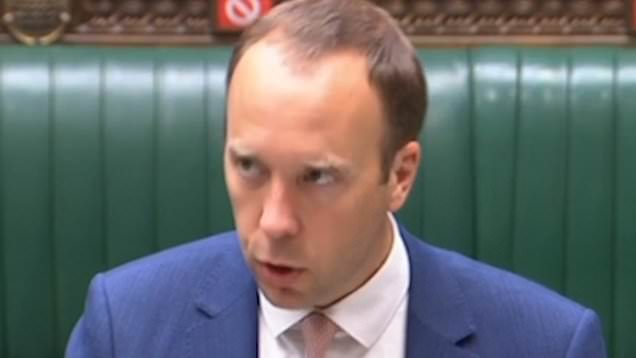 Just three people out of 126 admitted to hospital with the Indian coronavirus variant were fully-vaccinated, Matt Hancock told MPs today.

The health secretary said ‘we should all be reassured by this’ because it shows ‘the jabs are working’.

Announcing an expansion of the vaccine rollout to over-25s in England, Mr Hancock said the programme has so far averted around 39,000 hospitalisations and more than 13,000 deaths.

Although infections have risen by more than 50% in the last week, driven by the strain – which is also known as the Delta variant – deaths remain low. There were 5,683 new cases in the 24 hours to Monday and just one death. A further 387,286 jabs were administered over the same period.

Speaking in the Commons this afternoon, Mr Hancock said the vaccine is ‘breaking the link between infections, hospitalisations and deaths, a link that was rock solid back in the autumn’.

He went on: ‘Despite the rise in cases, hospitalisations have been broadly flat. The majority of people in hospital with Covid appear to be those who haven’t had the vaccine at all.

‘I want to update the House on some new information that we have on this. As of 3 June our data show that of the 12,383 cases of the Delta variant, 464 went on to present at emergency care and 126 people were admitted to hospital.

‘Of these 126 people, 83 were unvaccinated, 28 had received one dose and just three had received both doses of the vaccine.’

He added: ‘The jabs are working, we have to keep coming forward to get them and that includes vitally that second jab which we know gives better protection against the Delta variant.’

Mr Hancock said it is still ‘too early’ to make any firm decision on whether to go ahead with the next stage of reopening on June 21.

He told MPs ‘the roadmap has always been guided by the data’ and ministers need four weeks between each stage to properly assess the impact of easing restrictions on infection rates.

The health secretary said the government will make an announcement next week on June 14, adding: ‘I know that these restrictions have not been easy and with our vaccine programme moving at such pace, I’m confident that one day soon freedom will return.’

Downing Street said data emerging over the coming seven days will be ‘crucial’.

The Prime Minister’s official spokesman said: ‘There still remains that there is nothing in the data currently to suggest step four can’t go ahead at the earliest date.

‘But we do need to look very closely at the data over this coming week, which will be crucial to decide and really to get a sense of the data, particularly on hospitalisations and whether or not the excellent vaccine rollout programme has sufficiently severed that link between the increase in cases, which we always expected to happen, particularly after step three, and that subsequently leading to hospitalisations and deaths.’

Where is Lilibet Diana Mountbatten-Windsor in line to the throne?