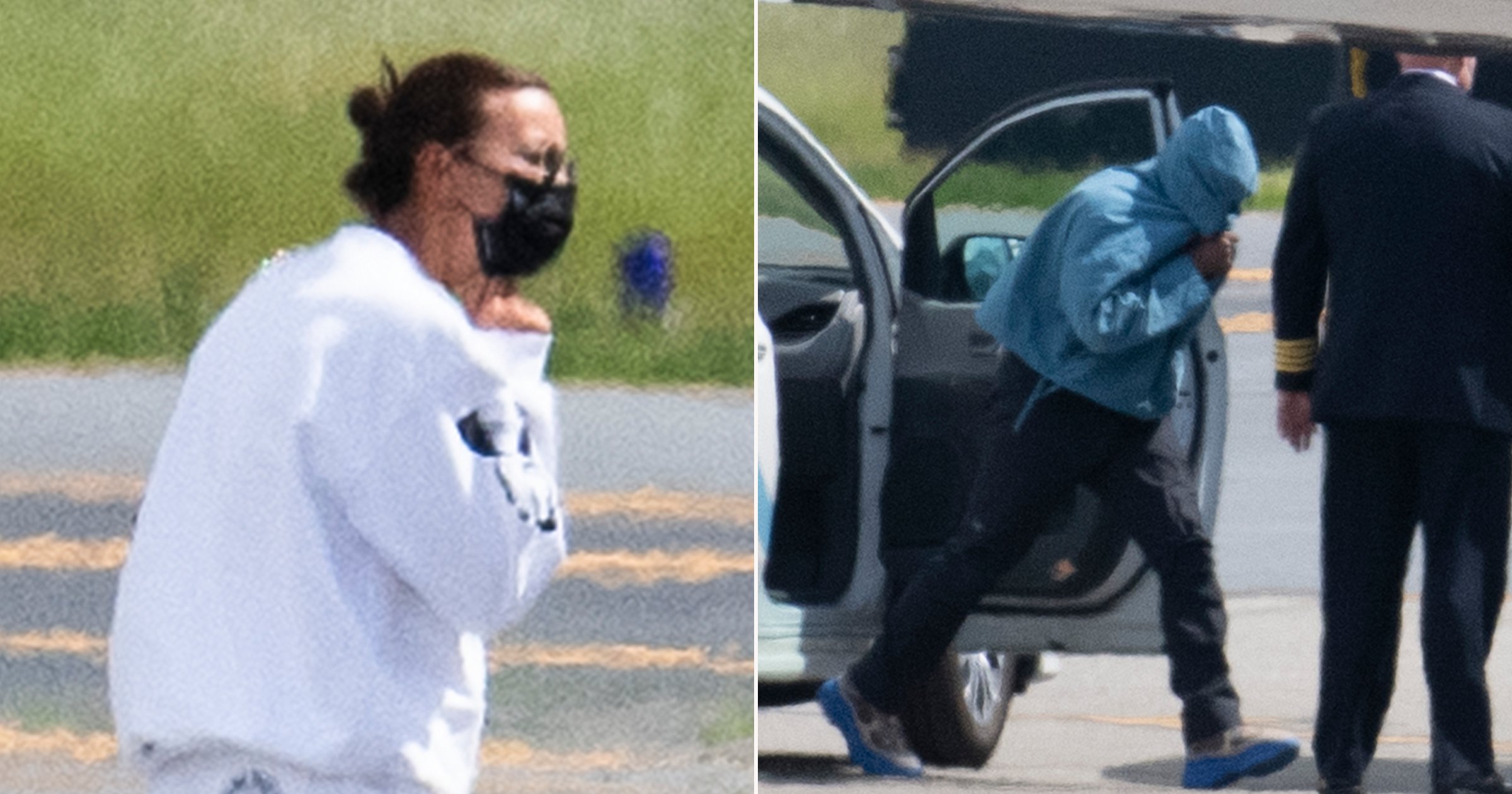 Kanye West and Irina Shayk have been spotted arriving in New York after being spotted together in France following speculation of a budding romance amid his split from Kim Kardashian.

The pair were seen on the tarmac at Teterboro Airport on Wednesday, where Kanye, 44, appeared to do his best to hide from waiting photographers.

The Yeezy founder was seen with the hood of his blue jacket pulled tightly around his face as he kept his head down while going between a private jet and a waiting car.

Irina, 35, kept it more casual in a white tracksuit, with her face covered with a black face mask and sunglasses, as she carried a small vanity case in one hand.

The pair had previously been spotted together in Provence, France where they were staying at luxury Villa La Coste boutique hotel, according to Daily Mail.

It comes after Kanye and Kim, 40, announced that they would be divorcing, and the Keeping Up With The Kardashians star sent her estranged husband a loving birthday message.

A source told People: ‘[Kanye] started pursuing [Irina] a few weeks ago. Kanye is a persuasive guy. He hung out with her in NYC before they celebrated his birthday in France.

‘She seems smitten. He invited her to France and she happily accepted. They are not officially dating, but there is an interest from both sides.’

The Russian model and Kanye were first linked when she appeared in the rapper’s music video for his song Power in 2010, before walking in Kanye’s Fall/Winter show at Paris Fashion Week in 2012.

Last month it was claimed Kim didn’t believe the romance rumors surrounding Kanye and Irina, with a source close to Kim telling The Sun: ‘She’s not bothered at all about it, no one in her circle appears to care or believe it. Even if it is true, I doubt she’ll even be upset at this point.’

Irina split from actor Bradley Cooper in 2019 after four years together, and they share daughter Lea De Seine.

MORE : Kanye West and model Irina Shayk pictured together in France on his birthday amid Kim Kardashian divorce

MORE : Kim Kardashian tells Kanye West ‘love u for life’ as she celebrates his 44th birthday amid divorce