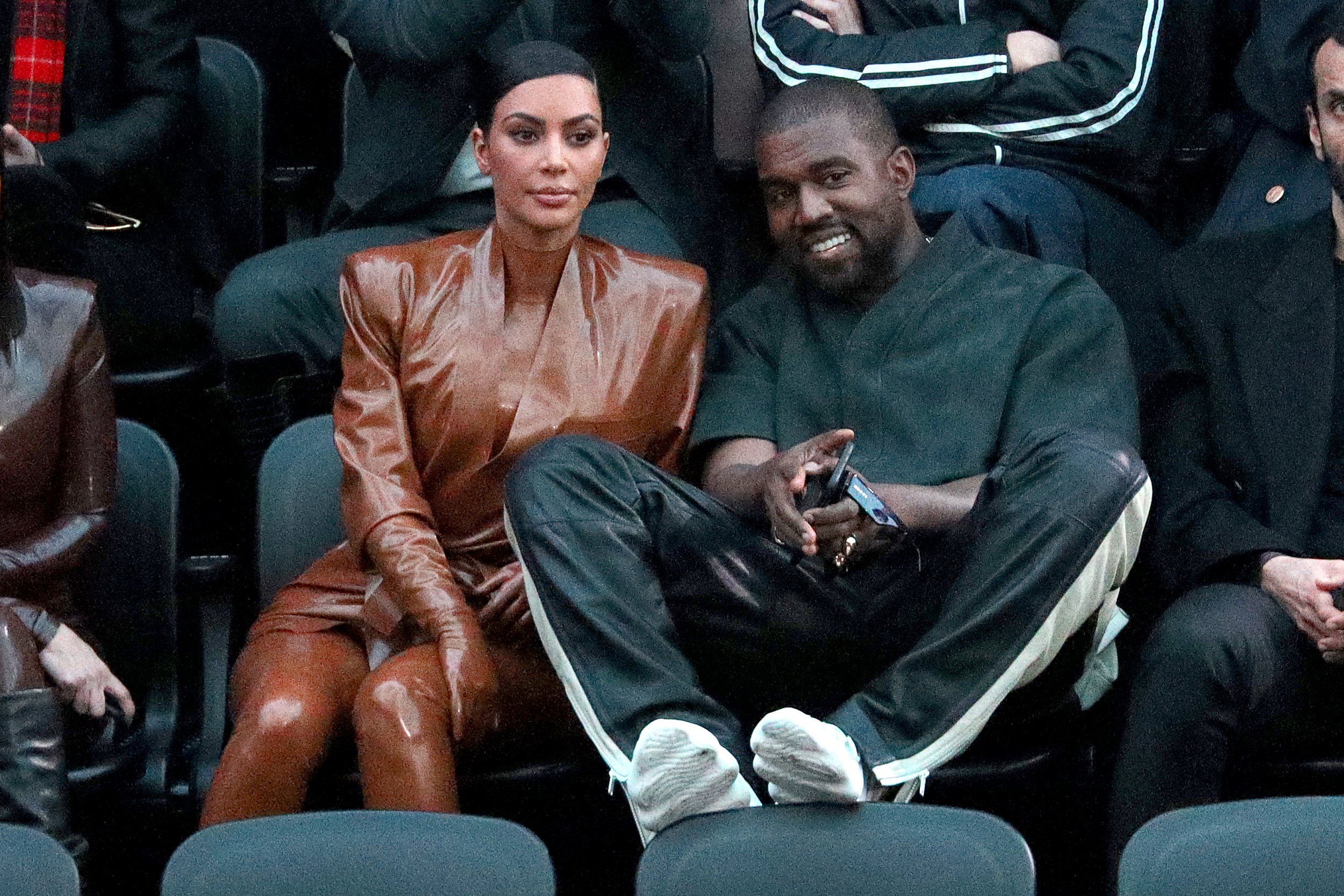 Kanye West has not trashed his estranged wife, Kim Kardashian, on his new album after all despite reports that he compared living with her to prison.

The Gold Digger rapper hosted an exclusive listening party of his upcoming 10th album, Donda, in Las Vegas on Sunday and is said to have previewed a track titled Welcome To My Life.

Sources had claimed that Kanye, 44, broke down in tears on-stage as the song played, with one lyric allegedly including: ‘Tell the assassins I escaped from Calabasas,’ in reference to where he lived with Kim, 40, and their four children; North, eight, Saint, five, Chicago, three, and Psalm, two.

An insider told The Sun: ‘It’s a very deep, sad song about Kanye, with him reflecting on his marriage with Kim.

‘He talks about the kids and mentions her taking everything. After he played this song he paused for like, two minutes, and cried. It was really sombre.’

Kanye was also said to have included a lyric referencing his failed run for the US presidency last year.

However, a source has told DailyMail.com that Kanye ‘doesn’t say anything negative’ about Kim on the record.

Kim filed for divorce from the rapper in February after six years of marriage, citing irreconcilable differences. The pair have each agreed to joint custody of their children and are said to be co-parenting amicably, even reportedly enjoying a family trip the day before Kanye’s listening session.

Huge crowds were seen queuing outside ChurchLV, a non-denominational Christian Church in the Las Vegas Valley, on Sunday to attend the private listening party.

Social media personality Justin Laboy was among the first to share content from the event online, and made bold claims about how impressed fans will be with Kanye’s new music.

He tweeted: ‘Kanye played his new album for me & @KDTrey5 last night in Vegas. The production is light years ahead of it’s time, and the bars sound like he’s broke & hungry trying to get signed again.’

Justin then warned: ‘Any artist who plan on dropping soon should just push it back #respectfully,’ before adding: ‘Album of the year. Dont [sic] @ me.’

The influencer also posted a photo of him sitting with NBA star Kevin Durant and a hooded figure believed to be Kanye during the album playback.

A reported tracklist began circulating online and suggests that the album is still called Donda, named after his late mother Donda West. Song titles include Hurricane, I Know God Breathed On This, 24/You’re Gonna Be OK and No Child Left Behind.

Kanye’s also said to have collaborated with the likes of Travis Scott, Lil Baby, Playboi Carti, Post Malone and Griselda for the record. According to fan account Dondas Place, who attended the event, the album will also feature ‘interludes of Donda speaking throughout the album’.

Donda is rumoured to be set for release on Friday.

Girl, one, fighting for life in hospital after being found unresponsive at home in Bolton