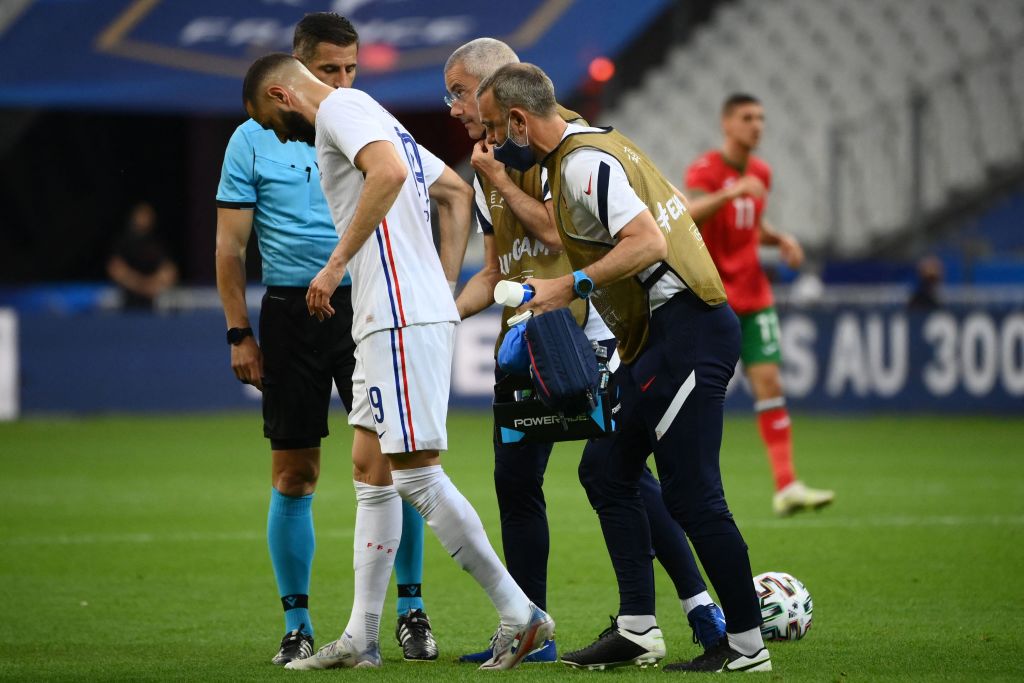 France boss Didier Deschamps insists his decision to take Karim Benzema off in a friendly win against Bulgaria on Tuesday night was simply precautionary and the striker should be fit for the start of the European Championships.

The Real Madrid striker was a shock inclusion in France’s 26-man squad after a five-year absence from the national side.

Olivier Giroud replaced the former Lyon man and the Chelsea forward scored twice late on to add to Antoine Griezmann’s first half strike to give the World Cup reigning champions a 3-0 win.

But all focus was on Benzema’s condition after the game, with supporters keen to discover if the striker will be fit for the tournament.

However, despite initial concerns about his availability, Deschamps has downplayed the issue and says he’s confident he will be fit for the start of the tournament.

‘He took a good hit on the muscle above the knee,’ said Deschamps.

‘He stopped playing because he felt it hardening but the medical staff are at his side.

‘We have a high level medical staff, we are going to do the right thing.

‘It will get better day by day. I have no particular concern this evening. There is nothing dramatic.’

France take on Germany in their first group game next Tuesday.

Deschamps’ side are favourites for the tournament, having won the World Cup in 2018 and finished runners-up at Euro 2016.

Euro 2020: The 9 best documentaries ever made about the England football team