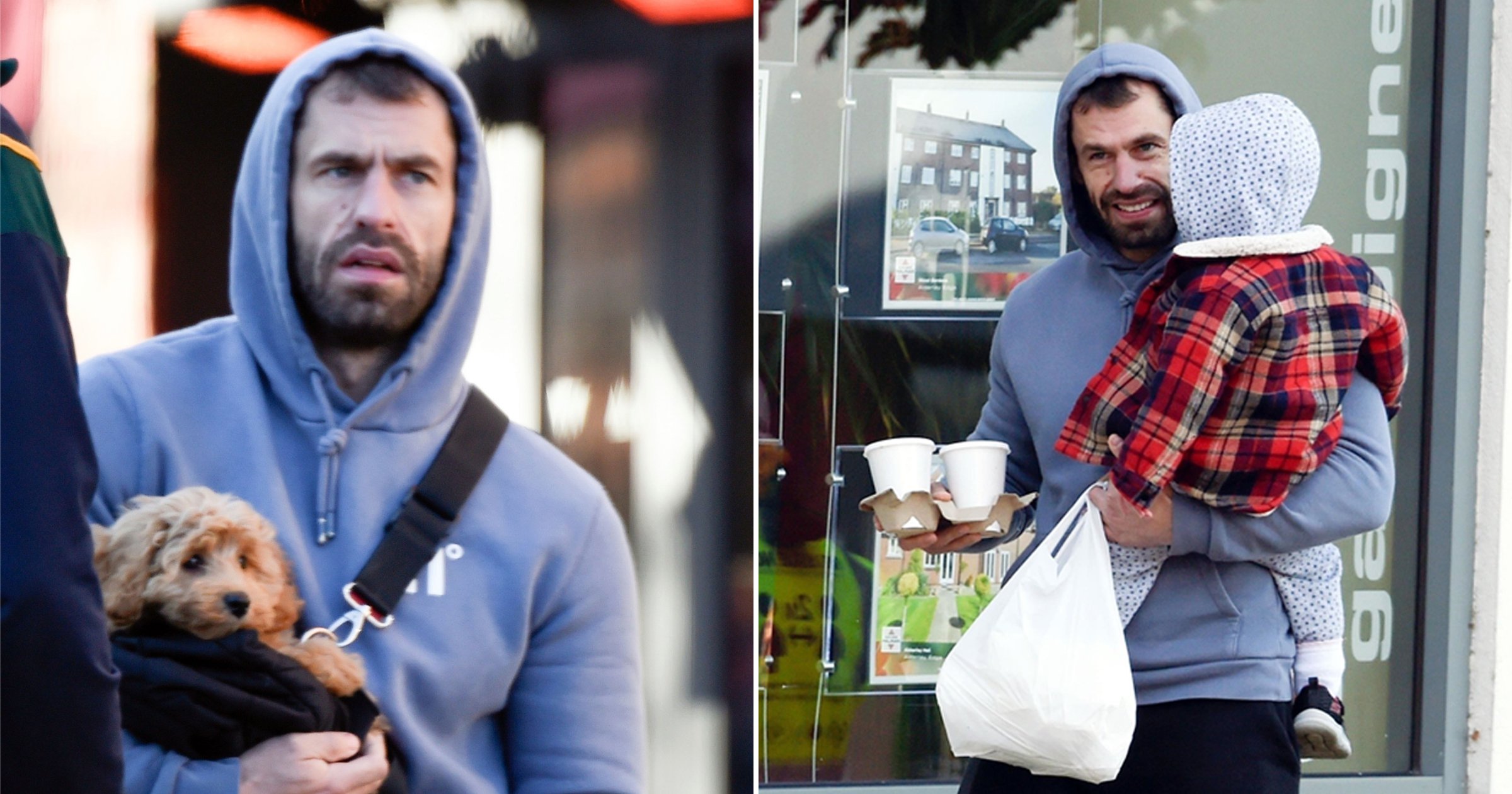 Kelvin Fletcher was living his best life as he switched between cradling his sweet daughter and adorable puppy on a recent outing.

The 2019 Strictly Come Dancing winner was every inch the doting dad as he headed out in Cheshire with his wife Liz and their three-year-old daughter Marnie.

The 36-year-old and his family were picture-perfect as he also cradled their adorable Cockapoo while Liz pushed the pram.

He later introduced the puppy to his followers on Instagram and confirmed he’s ‘officially a dog owner’.

‘Fridays don’t get much better!’ he wrote alongside a snap of him and his aunt.

‘Nice stroll around the market and then to my auntie’s cafe for a (free) brew! Oh and yes I’m now officially a dog owner! ☺️😍’

We would carry a puppy that cute in a comfortable bag, too.

Kelvin has been enjoying time with his family amid the coronavirus pandemic and even went to visit his soap family’s ITV set.

The star paid a visit to the Emmerdale set in July and was sharing with his followers his feeling of nostalgia on being back at the place where he has spent most of his career.

Meanwhile, it was confirmed last month that comedian Jason Manford and Kevin will be starring in series 10 of Death in Paradise.

The unlikely duo flew out to the exotic island of Guadeloupe – with Jason sharing a snap of the two on social media – and to be honest, we can’t wait to see them in action.

With a new puppy, sweet children, and a new role, the end of 2020 is going well for the star.

MORE: Sia voices her support for Johnny Depp as Amber Heard defamation lawsuit is pushed back

In an introduction written when she was a very old lady, Rumer Godden said it was all basically true. In the novel the hotel...
Read more
- Advertisement -