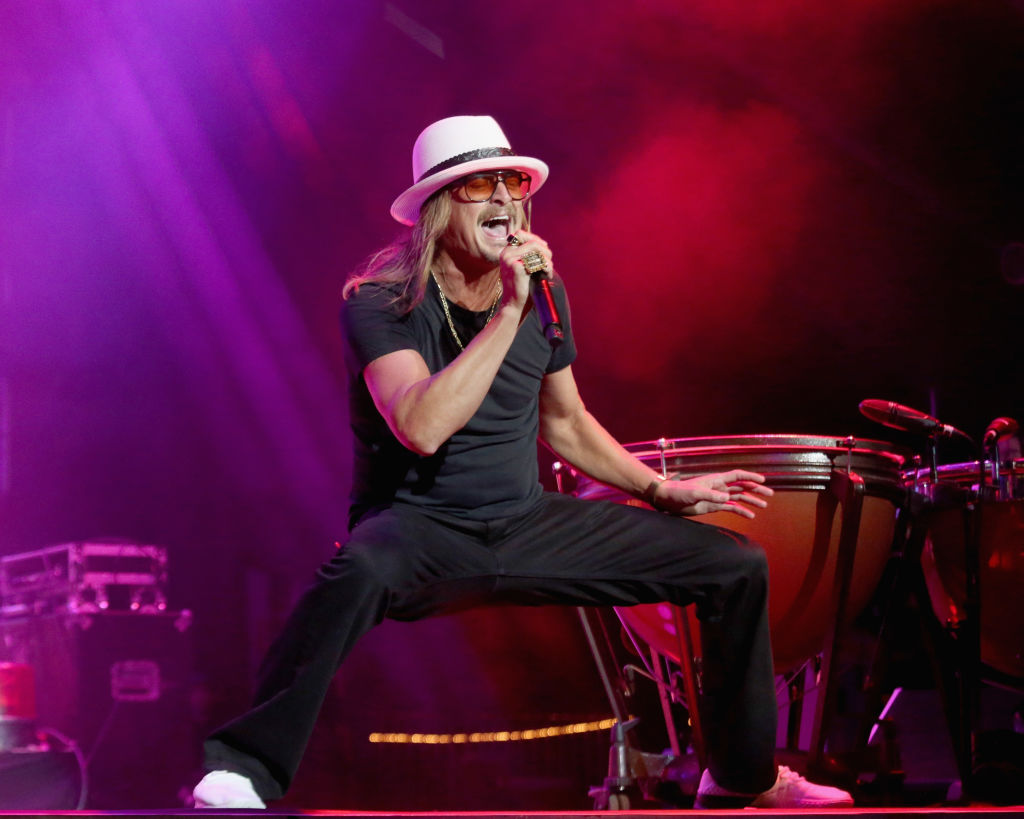 Kid Rock has addressed footage of himself using a homophobic slur during a performance in Tennessee by…using the same homophobic slur and he needs to make it make sense.

The expletive-laden footage, obtained by TMZ, showed the musician using the slur as he screamed at people filming the performance on his phone.

‘Fuck your iPhone!’ the musician – real name Robert James Ritchie – shouted, giving the attendee the middle finger in the clip.

The rocker addressed the incident in a tweet sent from his official account under his real name, saying he has ‘a lot of love for his gay friends’ – although he did use the slur yet again.

‘If Kid Rock using the word f****t offends you, good chance you are one,’ the tweet began.

‘Either way, I know he has a lot of love for his gay friends and I will have a talk with him. Have a nice day.’

TMZ reports that he was performing at FishLipz Bar & Grill in Smithville, Tennessee.

It’s thought that security was asking people to put down their phones, but he decided to tell attendees himself.

Kid Rock addresses use of homophobic slur…by using it again

It’s not the first time the 50-year-old has caused controversy with his onstage outbursts, after he hurled insults at chat show host Oprah Winfrey at a performance in 2019.

Kid Rock rose to fame with his country and rock music, including hits like Picture and All Summer Long.

He’s a controversial figure, previously coming under fire for his outspoken rants and his support for Donald Trump.

MORE : Sam Fox wants Sharon Stone to play her in biographical TV series and we can see the resemblance

Hacks: How to watch the new HBO Max show in the UK