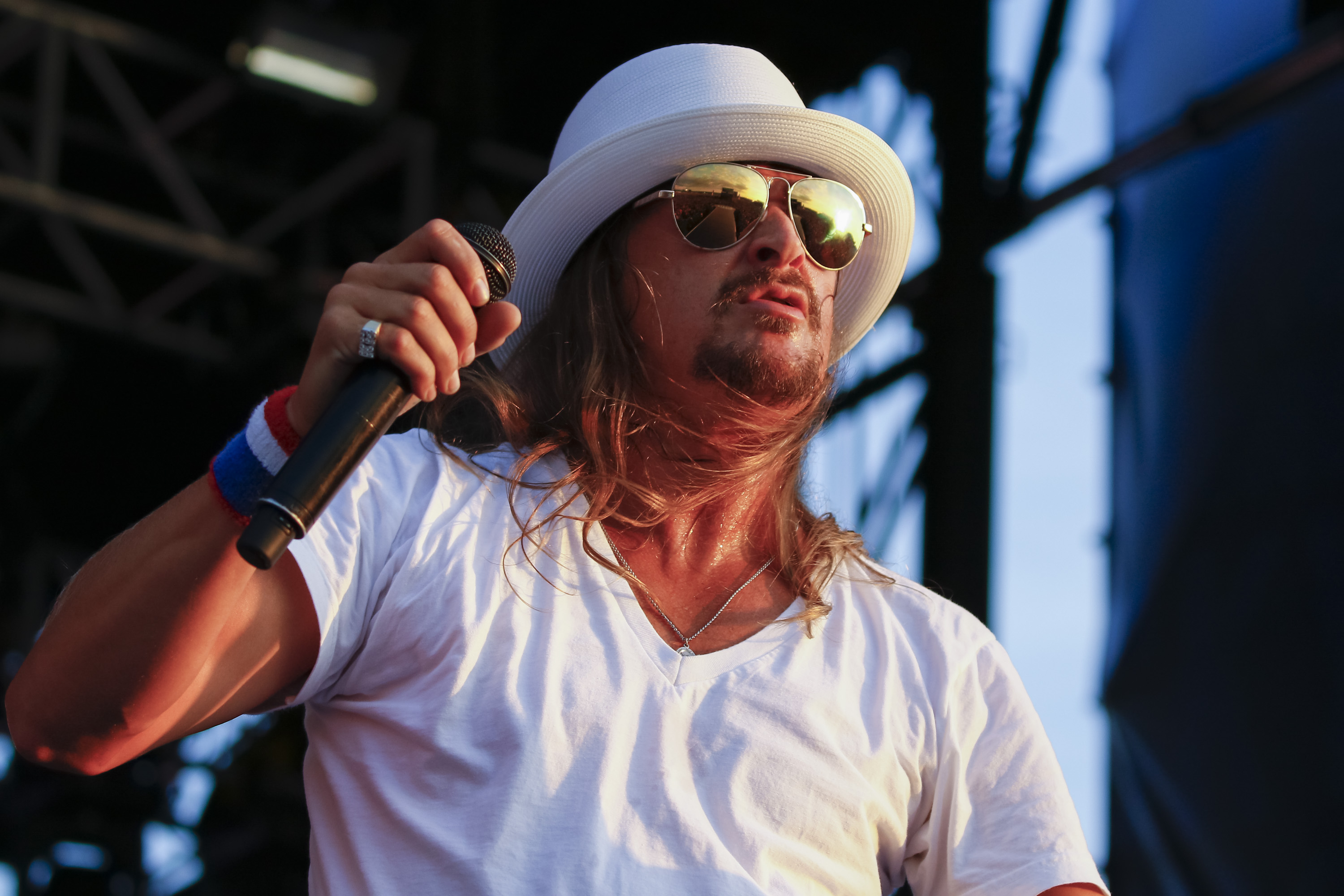 Kid Rock has been filmed shouting a homophobic slur while on stage at a performance, lashing out at the crowd.

The singer and rapper was filmed during an expletive-filled rant as he responded to a fan who had started filming him.

‘F**k your iPhone!’ the musician – real name Robert James Ritchie – shouted, giving the attendee the middle finger in a video obtained by TMZ.

He went on to call the crowd a homophobic slur.

The site reports that he was performing at FishLipz Bar & Grill in Smithville, Tennessee.

It’s thought that security was asking people to put down their phones, but he decided to tell attendees himself.

It’s not the first time the 50-year-old has caused controversy with his onstage outbursts, after he hurled insults at chat show host Oprah Winfrey at a performance in 2019.

‘Oprah Winfrey is like, “Hey, I just want women to believe in this s***,”’ he can be heard saying in video footage obtained by TMZ.

However, he insisted that he is not a racist, despite what others may assume.

Kid Rock rose to fame with his country and rock music, including hits like Picture and All Summer Long.

He’s a controversial figure, previously coming under fire for his outspoken rants and his support for Donald Trump.

Metro.co.uk has contacted reps for Kid Rock for comment.

Where is In Plain Sight filmed? Glasgow filming locations revealed

Why is The Masked Dancer not on tonight and when is it back?