FANS still mourning the loss of Big Brother are in for a treat when the next series of Celebs Go Dating returns.That’s because it...
Read more
Home Killer who faced London Bridge terrorist with narwhal tusk has parole date...
Array
October 18, 2020
Updated: 5 days ago 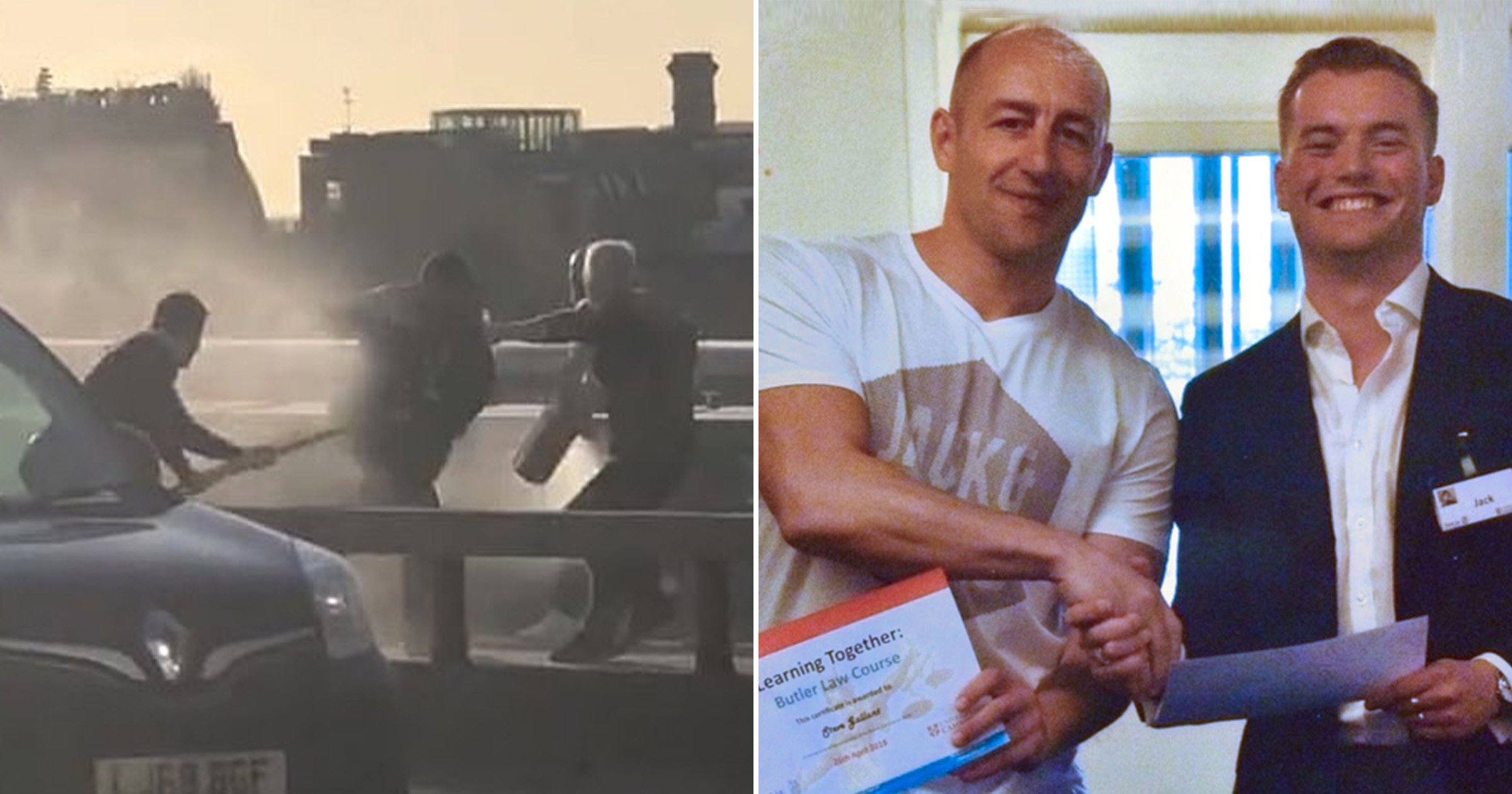 A convicted killer who risked his life to confront an armed terrorist with a narwhal tusk on London Bridge has had his parole date brought forward by the Queen.

Steven Gallant, 42, was on day release attending an event for reformed prisoners at Fishmonger’s Hall when Usman Khan stabbed two Cambridge graduates to death. He grabbed a narwhal tusk mounted on the wall of the building and helped to restrain Khan, who was wearing a fake suicide vest and armed with two knives.

Khan was shot dead by police on London Bridge. His victims were later named as Jack Merrit, 25, and Saskia Jones, 23, both of whom had been working as part of the Learning Together scheme to help prisoners access education.

It was Gallant’s first time out on licence after he was jailed for life with a minimum term of 17 years in 2005 for the murder of a firefighter in Hull.

The Queen has now used the rarely-used ‘Royal Prerogative of Mercy’ to bring Gallant’s case before the parole board 10 months early, the Ministry of Justice has revealed.

It’s use, on this occasion recommended by Lord Chancellor Robert Buckland, is unprecedented for a jailed murderer.

A spokesman for the Ministry of Justice (MoJ) said: ‘The Lord Chancellor has granted Steven Gallant a Royal Prerogative of Mercy reducing his minimum tariff of 10 months in recognition of his exceptionally brave actions at Fishmongers’ Hall, which helped save people’s lives despite the tremendous risk to his own.’

The final decision ultimately rests with the parole board, but it is highly unlikely Gallant will be denied his freedom. He is understood to be a model prisoner who has expressed remorse for his crimes and has not faced any punishment or loss of privileges for the past 10 years.

Gallant, who is in the process of studying for a business degree, was convicted of murder in 2005 after beating victim Barrie Jackson, 33, to death with others in Hull.

He had lain in wait for Jackson outside the Dolphin after believing he had attacked his girlfriend. The victim was beaten so savagely with a hammer by a group of men paramedics were unable to find his mouth.

The previous year, Jackson himself had been cleared of the attempted murder of a woman, 64, after stamping on her face and dumping her unconscious in a skip. He was convicted of assault.

Jackson’s son Jack, 21, told the Mirror: ‘In my mind, Gallant has nearly done his time and if someone has undergone rehabilitation and change, which it seems he has, then it’s fair enough.’

Jack Merritt’s father David, 55, also welcomed the news of Gallant’s likely release, stating that he ‘fully deserved’ it. He went on: ‘It is fantastic. He was very close to Jack and he turned his life around and reformed. I am really pleased for him.’

Get your need-to-know latest news, feel-good stories, analysis and more