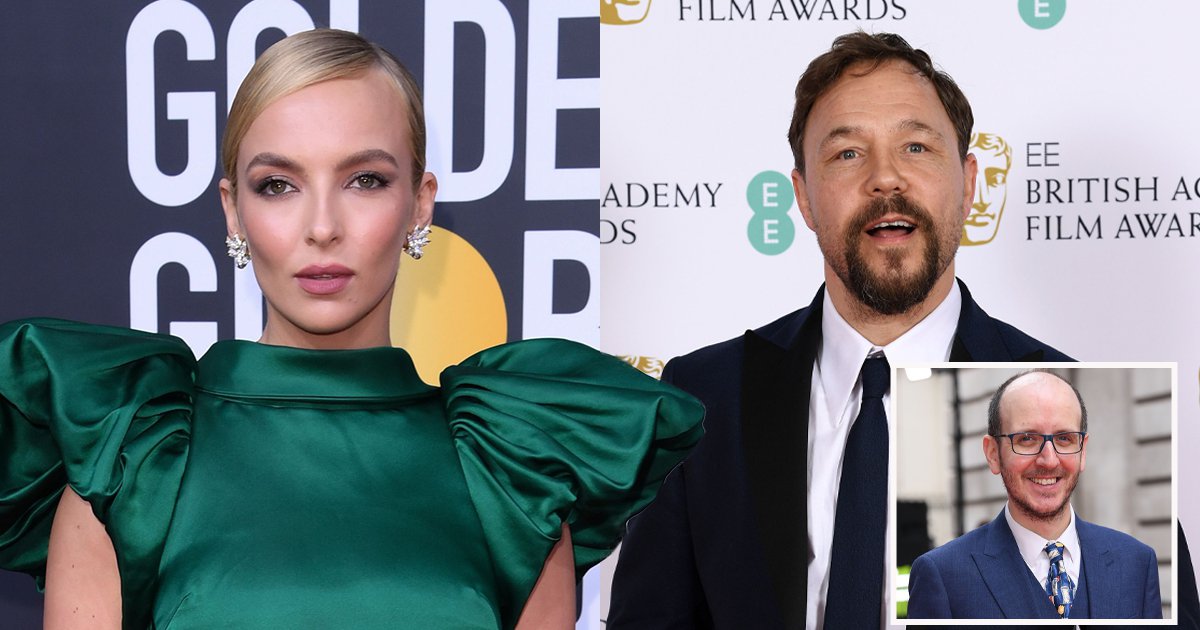 Killing Eve star Jodie Comer has explained how she came to work with Stephen Graham in upcoming Channel 4 film Help after sliding into writer Jack Thorne’s DMs on Twitter.

All the way back in 2012, Jodie, 28, starred opposite Stephen, 47, in BBC drama Good Cop, with the actors appearing in just one episode together.

Nine years later, they both star in Help, a drama telling the tale of a care home in Liverpool impacted by the coronavirus pandemic which finished filming earlier this year.

In 2019, Jodie memorably gave Stephen a shoutout during her Bafta acceptance speech, expressing her gratitude for ‘the generosity you showed me all those years ago’, as the Line of Duty star introduced Jodie to his agent, Jane Epstein.

In the lead-up to this year’s Bafta Television Awards, for which Jodie is nominated for her performance as Villanelle in Killing Eve, she explained how for years she and Stephen have wanted to work together again… and then finally, the right opportunity came along.

Saying that she ‘spoke it into existence’, she explained that she and Stephen have both continually asked Jane to ‘find something for us to do’.

However, when a project didn’t appear, Jodie took matters into her own hands.

‘I very embarrassingly slid into Jack Thorne’s DMs when I was on Twitter and I told him that I wanted to work with him. Like just straight up,’ Jodie said.

Unbeknownst to her, Stephen had also contacted His Dark Materials writer Jack to ask if he could pen something for him and Jodie to star in.

‘Simultaneously without me even knowing, like it must have been around that time, Stephen had got in touch with Jack and was like, “Jack, will you write something for me and Jodie?”’ Jodie recollected.

After taking part in a couple of workshops with Stephen and Jack, they found their director for Help, Marc Munden.

‘And it was incredible, you know, getting to work with him again,’ Jodie said of her time with Stephen.

‘I worked with him one day originally and then just being with him on a set, it was amazing. He’s such a good fella, love him.’

Time will see Stephen play prison officer Eric McNally opposite Sean’s prisoner Mark Cobden, as both of the men face threats behind bars.

The Bafta Television Awards are due to air on Sunday June 6 at 7pm on BBC One.

MORE : Killing Eve ending after season 4 and fans are crushed as Jodie Comer and Sandra Oh thriller bows out: ‘A stab in the heart would be less painful’

MORE : Cillian Murphy says Peaky Blinders co-star Helen McCrory was his ‘closest colleague’ on set: ‘One of the finest actors’