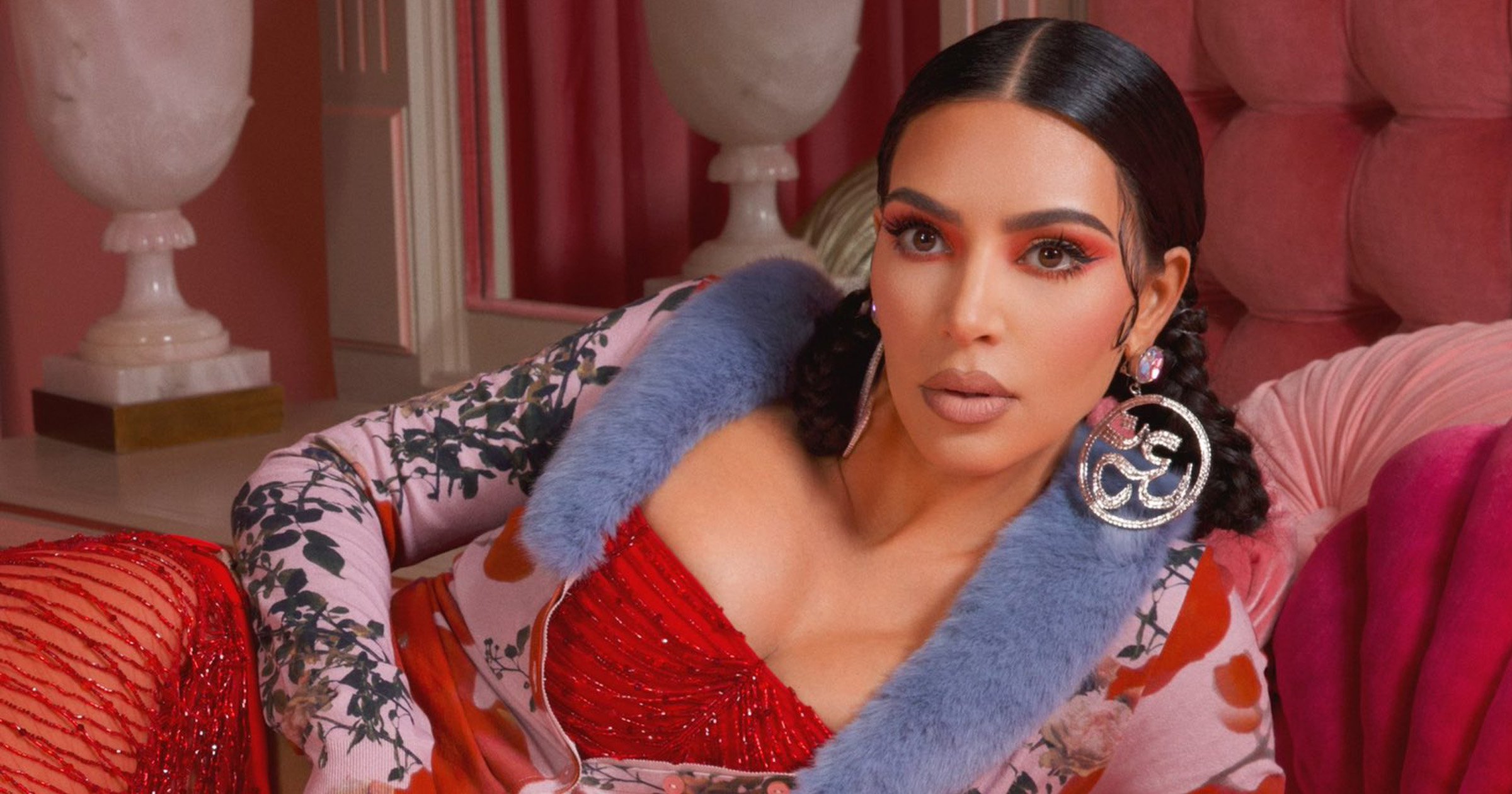 Kim Kardshian has been accused of cultural appropriation again after wearing earrings inspired by Hindu culture.

The Keeping Up With the Kardashians star, 40, donned hoop earrings featuring the Om symbol, a sacred sound of Indian religions.

Reality regular Kim shared pictures from a sultry photoshoot in which she was wearing the jewellery on social media.

However, while Kim may have been pleased with the shots, not all of her followers were as impressed, with one person tweeting: ‘Hinduism isn’t an aesthetic.’

Hitting the caps key, one Twitter user exclaimed: ‘STOP CULTURAL APPROPRIATION OF INDIAN CULTURE!!! WHAT’S UP WITH THOSE EARINGS GIRLLLL???’

Another person wrote: ‘Om is sacred symbol of hindu… What the hell she doing with that.

‘Leave our culture and religion alone,’ protested another person.

However, not all people were as harsh on the businesswoman, with some social media fans encouraging other to see things in a different light.

Standing up for the television personality, someone posted: ‘Maybe instead of being mad at Kim, be mad at the person who made the earrings… I’m sure they weren’t made in India and I’m sure if they were the maker would be happy that Kim is wearing them.’

While another person wrote: ‘Is Anybody Else In Here A Christian & From The United States? Either Way @KimKardashian Looks Good.

‘Oh That’s Right I Forgot It Was Look At A Photo To Find Reason To Be Disrespectful & Kill Day. Says Everyone God. Look Nice @KimKardashian I’m Proud Of You. Keep At It.’

This is not the first time Kim has been accused of cultural appropriation – the mother-of-four infamously caught the attention of the internet in 2018 after she walked the red carpet of the MTV Movie and TV Awards sporting braids.

Earlier the same year, she got into a spot of bother after wearing a similar hairstyle, with many blasting her for saying Bo Derek’s famous braids were her inspiration for the look.

She seemingly responded with an Instagram post, wearing braids, that was captioned: ‘Hi can I get zero f**ks please? Thanks.’

While Bo Derek responded by sticking up for the star, as she said: ‘It’s just a hairstyle.’

Metro.co.uk has contacted a representative for Kim for comment.