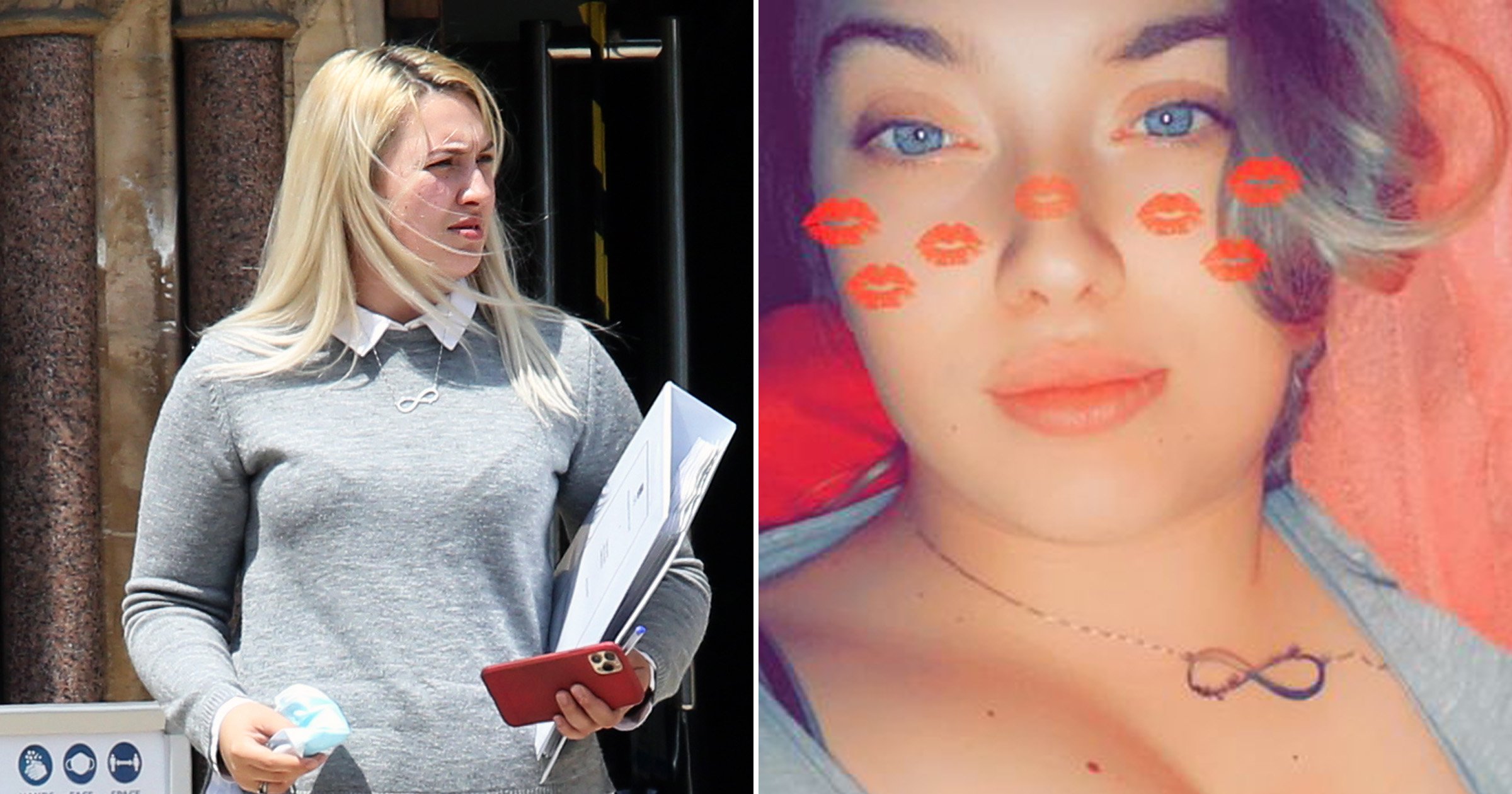 A cashier at Ladbrokes handed over £1million in three hours via invalid bets to a gang who she claims forced her into it.

She’s been accused of trying to defraud the company she worked for alongside her ex-boyfriend Aurica Vaduva, 23, and Daniel Constantin, 28.

Prosecutors claim the group laundered the money and spent it on luxury goods.

Markham admits assisting in the plot but says she was threatened by men on the street as she made her way to work.

She’s pleaded not guilty to the charges and has gone on trial at Wood Green Crown Court alongside Vaduva who also denies the charges against him.

Prosecutor Corinne Bramwell said the ‘criminal gang’ worked together to defraud the company out of illicit winnings over three hours at the Edmonton branch, between 2pm and 5pm, on June 30, 2019.

Bets were made by members of the group posing as customers on which horse would finish first, second and third.

Ms Bramwell said: ‘The betting slips and therefore the actual bets placed in this fraud were deliberately illegible, if the proper procedure had been followed those betting slips would have been invalidated and in the course of policy, should not have been accepted.

‘Following the race, the slip was recorded as having been a winning bet, improperly and fraudulently, in abuse of Ms Markham’s position as an employee, she transferred the winnings to co-conspirators.’

Markham – labelled by the prosecution as the ‘inside woman’ – paid funds directly into the men’s bank accounts.

The money was then moved via credit transactions, cash withdrawals, foreign currency purchases and by buying expensive items such as luxury cars.

Prosecutors say Markham was not acting under duress as she claims but committed the fraud ‘willingly in conjunction with her partner and father of her child.’

‘She used her position to facilitate the transaction of hundreds of thousands of pounds to the other members, without her, the fraud would not have been possible’, Ms Bramwell said.

Constantin’s brother’s girlfriend Arabela Stoica, 22, and Vaduva’s associate Somaila Radu, 29, are also on trial – accused of possessing and laundering the winnings. They deny the charges.

Toddler gives sister sweet kiss in adorable last video before ‘both killed and dumped 3,000ft under sea by dad’