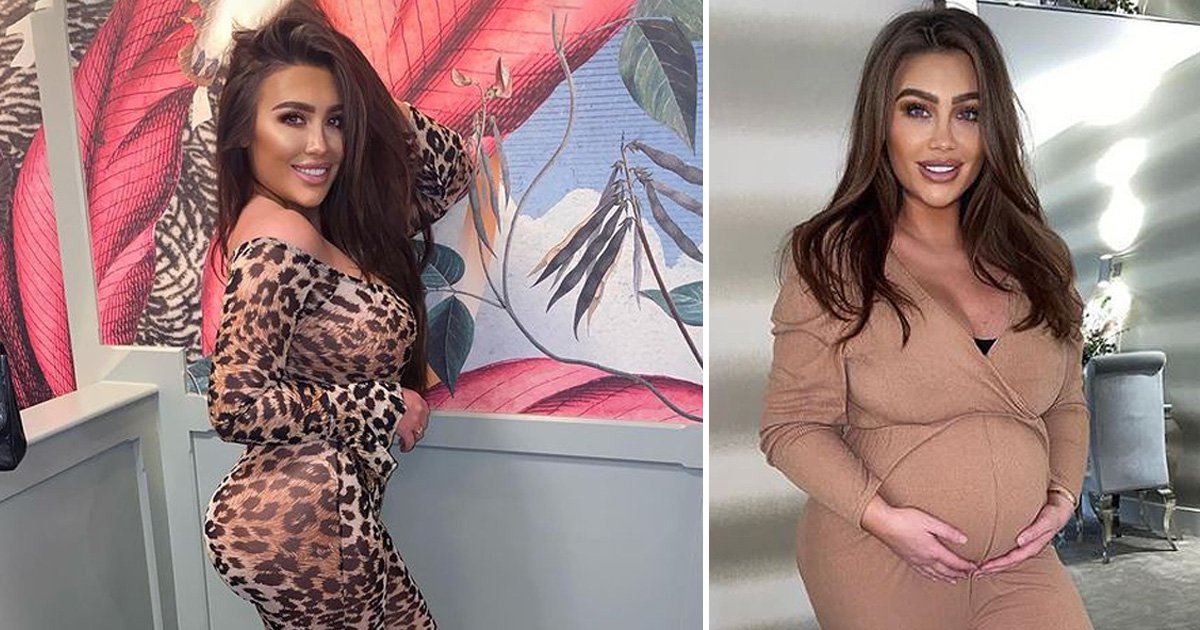 Lauren Goodger is preparing herself for onslaught of nasty comments from online trolls about her baby’s appearance.

The former Towie star is pregnant with her first child with boyfriend Charles Drury and is due in a matter of weeks.

The mum-to-be is of course excited about welcoming her baby but she has also been wary about sharing photos of them on social media, as fellow celebrity parents have warned her about strangers mocking her child’s appearance.

Speaking on the podcast The Hot Mess Mums Club, the 32-year-old said she has had messages warning her about ‘the mum police’ – but she won’t let negativity get to her and ‘do a lot of blocking’.

‘None of them are ugly, all babies are beautiful but they’ll probably pick up on little things,’ she told Kelly Pegg and Jenny Powell.

‘God she’s not even here yet but I just know that’s what’s going to happen with the haters and the trolls on social media so I’ll probably be doing a lot of blocking.’

Lauren shared that her own experiences as a woman in the showbiz industry after finding fame on The Only Way Is Essex is going to make her even more determined to ‘protect’ her daughter.

That’s not to say the TV star isn’t going to keep things low key when her daughter is born, as she previously confessed to planning a spray tan so she looks on point for pictures when she goes into labour.

‘I’m going to be here with relaxing music on, the lights down and just fairy lights and candles around me,’ she told OK!.

‘It’s going to be very much a spiritual birth. And I’m planning to get some selfies during labour, so of course I’m getting a spray tan and my hair done ready for it.

‘I also want a masseuse there if I can! It sounds crazy, but it’s going to be amazing.’

MORE : Can I watch Anthony Hopkins’ The Father at home as it releases in UK cinemas?

MORE : Irina Shayk grins from ear to ear during park playdate with daughter Lea after getaway with Kanye West