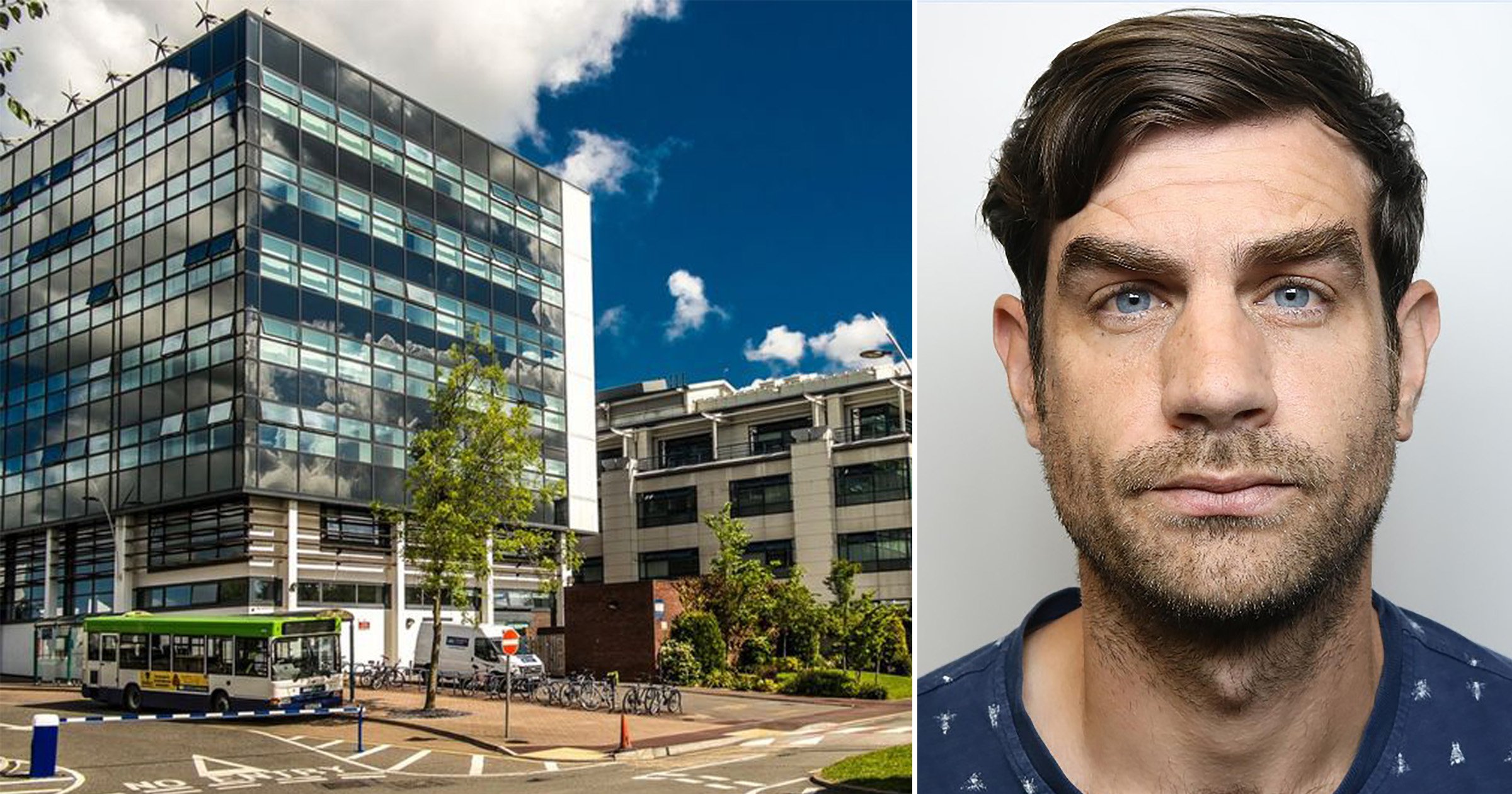 A university lecturer who took pictures from students and staff’s social media accounts and edited them to make them sexual has been jailed for one year.

One of the lewd pictures included wording that read: ‘Look into my eyes, Mr Dodsley’.

Over a six-year period, the former University of Derby criminology lecturer also downloaded just short of 3,000 child abuse images, including infants being raped.

Police also found vile footage on his laptops, including humans engaged in sexual acts with animals.

They executed a warrant at his home in the Derbyshire village of Breaston at 6.50am on September 1 last year when Dodsley’s wife answered the door.

Her husband appeared a short while later and officers seized a number of electronic devices.

The court heard how on them were 62 of the most serious category A movies, 70 category B files, 2,842 that were category C, five prohibited images and 16 extreme pornographic images.

Police also found a USB stick containing photos of past and present Derby University students and staff, some of which had been edited with sexual imagery.

Dodsley, 34, pleaded guilty to three counts of making indecent images of children, possession of prohibited images and possession of extreme pornography between March 24, 2014 and September 1, 2020.

His barrister, Sean Smith, said: ‘He has already been addressing his offending by completing an accredited programme which included behavioural therapy.’

In a statement, the University of Derby said it was ‘unaware of any allegations or concerns’ relating to Dodsley until he appeared in court to enter his plea.

A spokesperson added: ‘He is no longer employed by us, having left his role in March this year.’

As well as the jail sentence, Dodsley was made to sign on the sex offender register for 10 years and was handed a 10-year sexual harm prevention order.

The defendant, who did youth work before joining the university, has also been banned from working with children for the same amount of time.

Is Manifest being renewed for season 4?