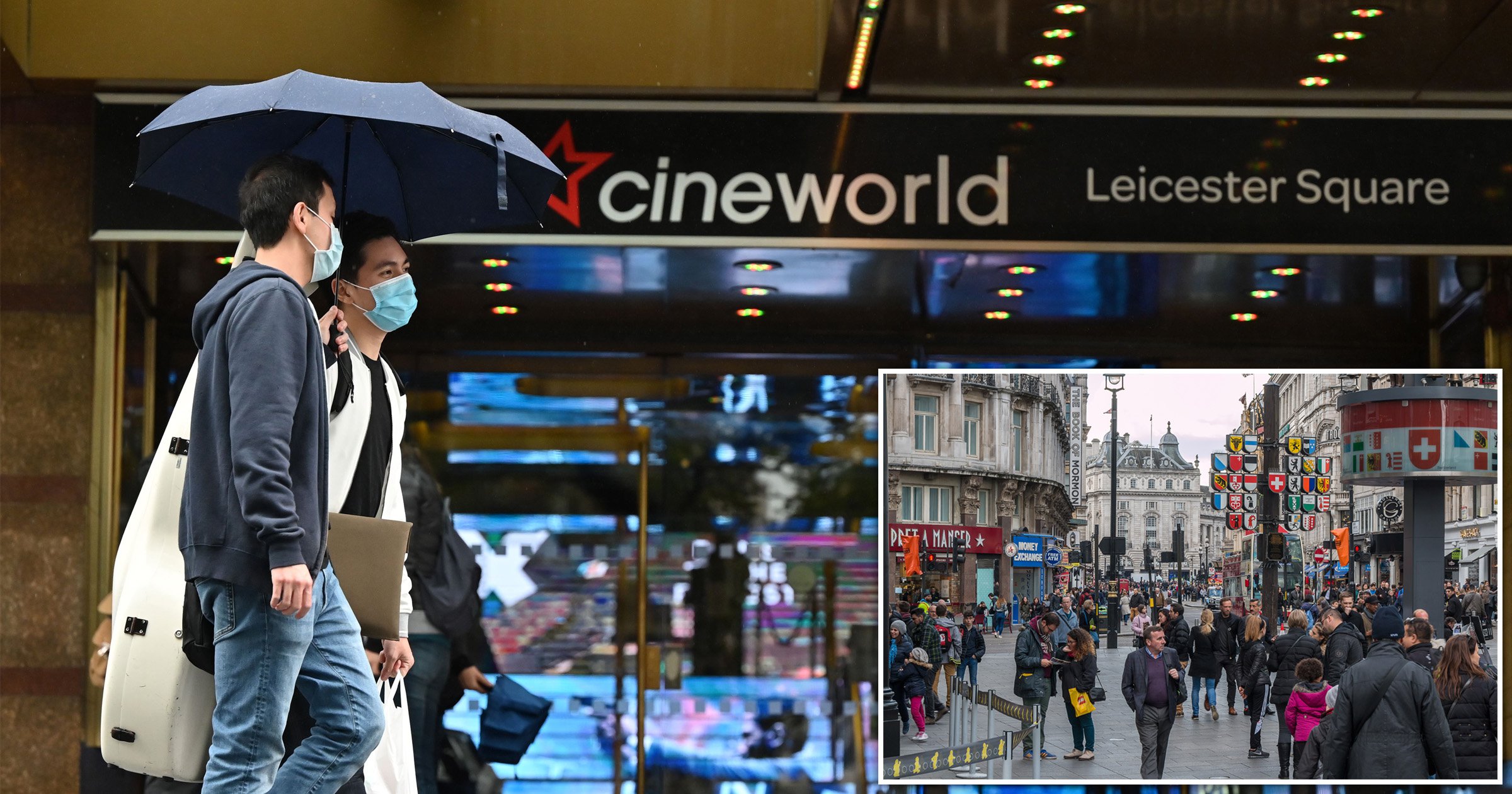 Buildings in Leicester Square were evacuated this afternoon following a bomb scare.

People were told to leave the Lego Store and Cineworld as police rushed to the scene shortly before 12.30pm.

The tourist hotspot in central London was cordoned off for about an hour before the incident was stood down.

One witness said he was halfway through A Quiet Place 2 in the IMAX when the showing was cut short.

He told Metro.co.uk: ‘We have no idea what’s going on. All we were told is there was some sort of threat made to the building after we were evacuated.

‘Leicester Square has been cordoned off by police now.’

Another person said they queued outside the Lego store in the rain for an hour before being moved on by police who said there was a bomb scare.

‘I just wanted to get my son away as quickly as possible,’ he said.

A third witness said they arrived at Leicester Square at the time of the evacuation, adding police were ‘well in control’.

The Met said they were called to a building in Leicester Square as 12.24pm ‘that had received a message containing a security alert’.

A statement provided to Metro.co.uk said: ‘The incident has now been stood down. Cordons are in being taken down.’

This is a breaking news story. More to follow

Boy, 12, found hanged after being tormented by bullies who told him ‘do us all a favour and slit your wrists’