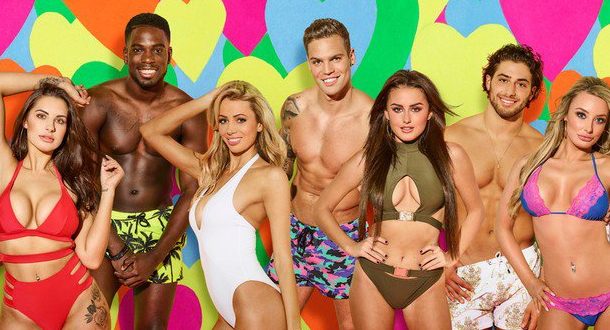 The person I’d like to couple up with is… an operational nightmare, apparently.

Unwittingly summing up my entire dating life, ITV’s commissioner Amanda Stavri set social media ablaze last week by saying that including ‘gay Islanders’ in the upcoming series of Love Island would be a ‘logistical difficulty’.

She didn’t confirm whether there’d be LGBT+ contestants in the latest series – due to begin later this month – but added: ‘Although Islanders don’t have to be 100% straight, the format must sort of give [the] Islanders an equal choice when coupling up.’

Jokes aside, I agree with Stavri that the current format of Love Island presents challenges for the inclusion of same-sex couplings – but this doesn’t mean that we completely close the door on diversity.

Love Island doesn’t necessarily need to change, but there needs to be a balance of alternatives. There’s surely ample opportunity for new prime time reality dating shows with a format that allows for greater inclusion of LGBT+ people – but as of yet, these don’t exist.

Stavri’s unfortunate phrasing was immediately met with incredulity and outrage by many who felt that this was yet another example of discrimination against LGBT+ people by the mainstream media.

Comments ranged from those lamenting ‘yet another place where we’re not welcome’ to those who raged at ITV ‘blatantly ignoring an entire community’.

Others – myself included – have embraced the phrase, wearing it as a sardonic badge of honour. Gay artist Philip Normal even created a limited line of T-shirts with the slogan emblazoned across the front.

It’s important to acknowledge the real challenges within the existing format of Love Island. The principle is that there is a level playing field: all contestants must have an equal number of viable suitors to choose from in order for the format to work.

If they were to include a gay contestant, they’d also need to place a potential suitor within the dating pool who would reciprocate a romantic connection. This would not only immediately limit the gay contestant’s potential matches, but also those of the other contestants – and it would reek of tokenism.

Ironically, in striving toward equality they could risk creating an unfair format for everybody.

Granted, it is uniquely tricky for dating competitions like this to be diverse as their formats are completely reliant upon contestants being attracted to one another – but currently it feels like priority is given to heterosexually dominant reality formats rather than inclusive alternatives.

That’s not to say Love Island restricts same-sex pairings if they happen – previously, bisexual women have coupled up together, but this is the exception rather than the rule.

When contestants Sophie Gradon and Katie Salmon coupled up in 2016, the media treated it as a salacious twist. Katie later stated that she felt ‘fetishised’ by the fascination with their relationship – being, as it was, out of the norm for the show.

Their every move was pored over by critics who inferred deep meaning into each word, glance, or blink – subjecting them to more intense scrutiny than any other couples on the show (who, to be frank, were much more blatantly playing to the cameras).

While at the time I remember feeling thrilled to see some sexual diversity, it was also extremely clear that non-heterosexual relationships stuck out like a sore thumb. Their unintended subversion of the format placed them under immense pressure, which they would otherwise have avoided.

Contestants on Love Island are ultimately cast for their attraction to the opposite sex – and while happy accidents like Sophie and Katie may happen, they are not intended. The parameters of the show’s current casting are clear, and they are straight and narrow.

With Love Island, the options are all or nothing. Either we split along the age-old gendered lines of men and women who are sexually attracted to one another, or we allow a chaotic (but fun!) free-for-all by casting bisexual or pansexual people who would all date one another.

In 2019, producers of MTV’s Are You The One? switched to exclusively feature sexually fluid contestants – to critical acclaim. They demonstrated the viewers’ clear appetite for a diverse dating competition, while proving that the format can remain the same but simply shift their casting.

It’s worth noting that this programme did not air in the hotly sought after time slot that Love Island does. Yes, there are diverse dating shows such as The Bi Life, which charted the lives of bisexual singletons let loose in Barcelona or Dating Around’s series of LGBT+ inclusive blind dates – but they are far from accessible to the casual viewer because they have to be hunted down.

Once you’ve found these shows, often hidden behind the paywall of online streaming services, they’re a real delight. There’s a feeling of liberation to them – and particularly in the case of Are You The One?, extra helpings of drama.

By including an entirely sexually fluid cast they immediately doubled the pool of potential suitors and wronged lovers. There were twice as many people likely to catch the eye of someone already in a couple with fireworks guaranteed.

The recent outcry over Love Island is a symptom of a larger problem. Yes, LGBT+ people are seen more regularly on television nowadays, but on dating competitions like Love Island, we are conspicuously absent.

Currently, dating competitions make being straight the name of the game – which would be fine if there were other shows where it wasn’t.

Rather than forcing the already tightly-restricted Love Island into an impossible ideal of inclusivity, our focus should be on widening the spotlight on reality shows that include diversity as their hallmark.

We need to carve out new spaces where identities can be explored. It’s time that broadcasters put their money where their mouth is and create a range of inclusive programming that is given equal weight to shows such as Love Island.

It’s frustrating that during Pride month, a time typically dedicated to celebrating LGBT+ lives and raising awareness of the many issues that LGBT+ people still face, we’re mired back in the age-old issue of representation.

It is ridiculous that LGBT+ people are being considered too ‘logistically difficult’ for the mainstream.

Yes, it might not work on Love Island – but that doesn’t mean we don’t belong in prime time dating competitions. Let’s find and create new formats where we can not only be included, but celebrated.

My ideal world is one where a diverse range of genders and sexualities are given equal opportunity to swan around shirtless on an island, yelling whenever they get a text and flirting with anything that moves.

I know I’d watch that.

MORE : Has anyone on Love Island ever kept the £50K?

MORE : I was forced into conversion therapy to ‘cure’ me of being gay

Is Spotify down? How to check if the app is offline