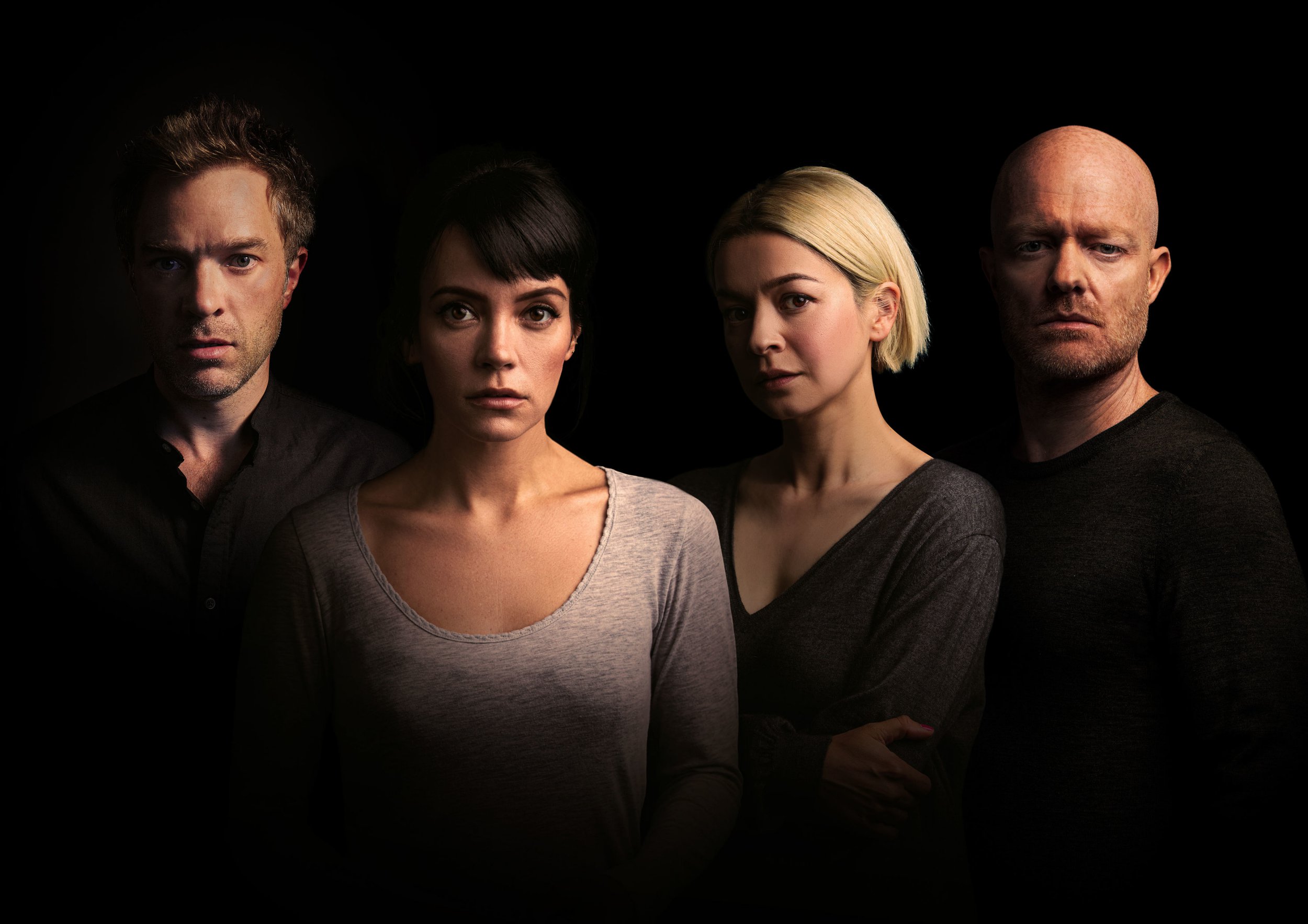 Lily Allen is set to tread the boards in the West End this summer as she joins the cast of supernatural play 2:22 – A Ghost Story.

The singer, 36, will star in the new play by Danny Robins at the Noel Coward Theatre in London alongside EastEnders actor Jake Wood, 48, City Of Angels star Hadley Fraser, 41, and Julia Chan, 38, of Silent House.

Lily will play Jenny, a woman who believes her new home is haunted, but her husband Sam (Hadley Fraser) remains sceptical.

The couple argue with the first friends they invite for dinner, Lauren (Julia Chan) and her partner Ben (Jake Wood), and the group decide to stay up until 2.22am to find out whether there is anything ghostly going on or not.

Lily told PA of the project: ‘I am so excited about getting to work on this play. The live performance aspect of my career has always been the most thrilling part for me, connecting with a group of individuals and the spontaneity of whatever happens on the night.

‘I feel that stepping into this play is an exciting natural extension of that and affords me the best of all worlds.

‘I get to explore mature subject matter, be a woman with a real point of view and show the West End audiences how much I love live performance and being in front of an audience. I can’t wait.’

She added: ‘Danny’s play is a brilliant investigation into the ghosts that haunt us and the hows and whys they come to be.

‘It’s everything I love; wit, a meditation on marriage and relationships and family all hinging on a frightening plot.

‘Matthew is an amazing director who has worked with some of the coolest material theatre has to offer. I’m a fan of what he does, and so honoured that he asked me to come on board.’

The play will also be scriptwriter Danny’s debut in the West End after being best known for docudrama horror podcast The Battersea Poltergeist, which stars Dafne Keen and Toby Jones and is being made into a TV series.

MORE : Lily Allen’s daughter called David Harbour ‘just some guy in our lives’ so he decided to marry her