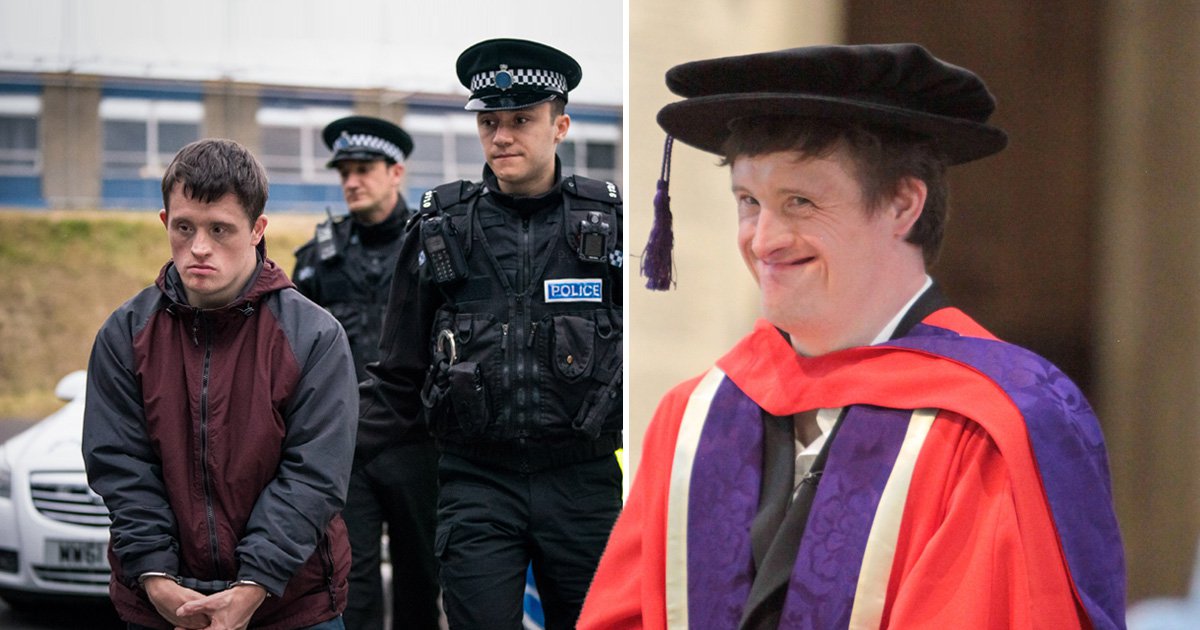 Line Of Duty star Tommy Jessop has been celebrated with an honorary doctorate from the University of Winchester.

The actor, who recently reprised his role as Terry Boyle in the sixth series of Jed Mercurio’s gripping crime drama, received the accolade for his outstanding achievements in the entertainment industry.

Tommy is one of the founding members of Blue Apple, a theatre and dance company dedicated to supporting performers with learning difficulties and he’s also the first professional actor with Down syndrome to play Hamlet.

Over the past decade, he has also made guest appearances in the likes of Casualty, Holby City, and Doctors.

‘Well it so appears that I might have just received an Honorary Doctorate from @_UoW and from Alan Titchmarsh which is truly a great and proud honour of my life last night apparently,’ Tommy wrote alongside the pictures.

‘Hence that is why I might have been polishing up my speech.’

Fans were delighted to hear Tommy’s news and flooded his social media post with their congratulations.

‘You must be feeling so proud right now, well done you,’ one wrote.

Elsewhere, Strictly Come Dancing judge Craig Revel Horwood was recognised for his work on the BBC entertainment show, as was David Mills MBE.

Last month, Tommy sparked speculation that he’ll be starring in the upcoming series of Strictly alongside Craig after he told his followers he was going to be dancing ‘on Zoom’.

It would seem that Tommy’s had a very busy few months, having also been spotted on the set of Steven Spielberg’s World War II drama Masters Of The Air in April.

The actor landed a role in the upcoming Apple TV+ series alongside the likes of Austin Butler and Callum Turner.

The pictures show Tommy in period costume, looking sharp in a white shirt and tie, with a production team helping to prepare him for the role.

Details of his part have yet to be confirmed, although Tommy previously teased a ‘top secret’ project on Twitter that required him to learn boxing, sword fighting and fishing.

Line Of Duty is available to steam on BBC iPlayer.

Sinead O’Connor vows to boycott Woman’s Hour after ‘offensive’ interview: ‘I should have ended it’