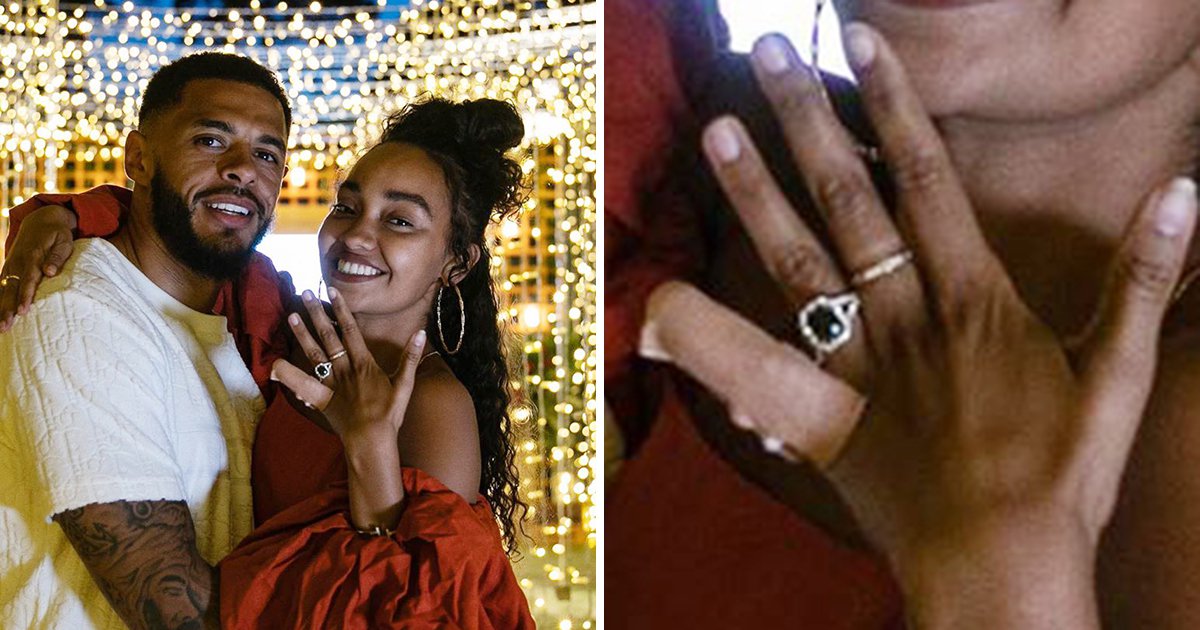 Little Mix star Leigh-Anne Pinnock has been reunited with her engagement ring after her fiance, Andre Gray, reportedly ‘bought it back’ after it was stolen.

The Sweet Melody singer was heartbroken after the £40,000 emerald and diamond-encrusted ring was burgled from their home while the couple were in the process of moving out.

However, it’s claimed that Watford footballer Andre was contacted by a pawn broker after the ring was shopped to them. The pair discovered that the ring had been through seven different pawn shops before the last trader recognised it as Leigh-Anne’s and reached out.

A friend of the couple told The Sun: ‘It’s amazing really, but they actually managed to get the ring back. It had gone through seven different pawn shops before the final one realised what it was and called Andre.

‘He went round and sure enough it was her ring, so he bought it back. It was never about the money for them, it was all about the sentimental value.’

They added: ‘The main thing is Leigh-Anne has her ring back. Nothing could replace that bit of her fairytale.’

Sources close to Leigh-Anne are said to be ‘100% certain’ that the ring was stolen by an intruder.

A spokesperson for Surrey Police said: ‘The ring has been returned to its owner. No suspects have been identified or arrested. Inquiries remain ongoing.’

Leigh-Anne, 29, is believed to have left the ring on top of a safe in a bedroom which was locked shut. However, she realised it was missing later in the day when the movers had finished in the other rooms.

An insider previously described the pop star as ’distraught’ and that the ring ‘obviously had huge sentimental value’.

‘The ring is a symbol of their love, so she was super careful about what she did with it during the move. Leigh-Anne and Andre both feel gutted, properly betrayed, of course you would,’ they added.

Andre, 29, proposed to Leigh-Anne in May 2020 after four years of dating. The singer shared photos of his romantic proposal in their garden, and flashed her stunning engagement ring – while also sporting a bandaged little finger which she broke in a gym accident weeks before. The couple are currently expecting their first child.