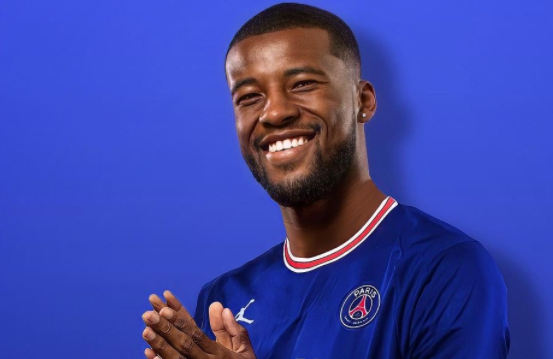 Liverpool have made contact with Borussia Monchengladbach with a view to stepping up their interest in Florian Neuhaus.

The Germany international had been available for €40million but his release clause has now expired and Liverpool will have to negotiate a fee with the Bundesliga club if they hope to sign the 24-year-old this summer, according to SPORT1.

Liverpool are well stocked with central midfield options, despite the departure of long-serving former Newcastle star Gini Wijnaldum at the end of last season.

The 30-year-old had been widely expected to join Barcelona after his Liverpool contract expired, but a late change of heart saw Wijnaldum sign for Paris Saint-Germain earlier this week.

Upon completing his move, Wijnaldum said: ‘So excited for the next chapter in my journey.

‘Signing for Paris Saint-Germain is a new challenge for me. I’m very proud to join one of the best squads in Europe. I want to bring all my desire and commitment to this ambitious project.’

Jurgen Klopp had been reluctant to add to his midfield during the close season with reports claiming Liverpool would not enter the race to sign Brighton’s Yves Bissouma on account of the options at the German’s diposal.

Curtis Jones is set to play a more prominent role next term, while Naby Keita and Alex Oxlade-Chamberlain will be fully fit by the time pre-season starts.

Neuhaus, however, represents an intriguing option for Liverpool and is likely to be available for an affordable fee.

Mum’s fury as schoolgirl, 14, sent to isolation for wearing ‘too tight’ trousers