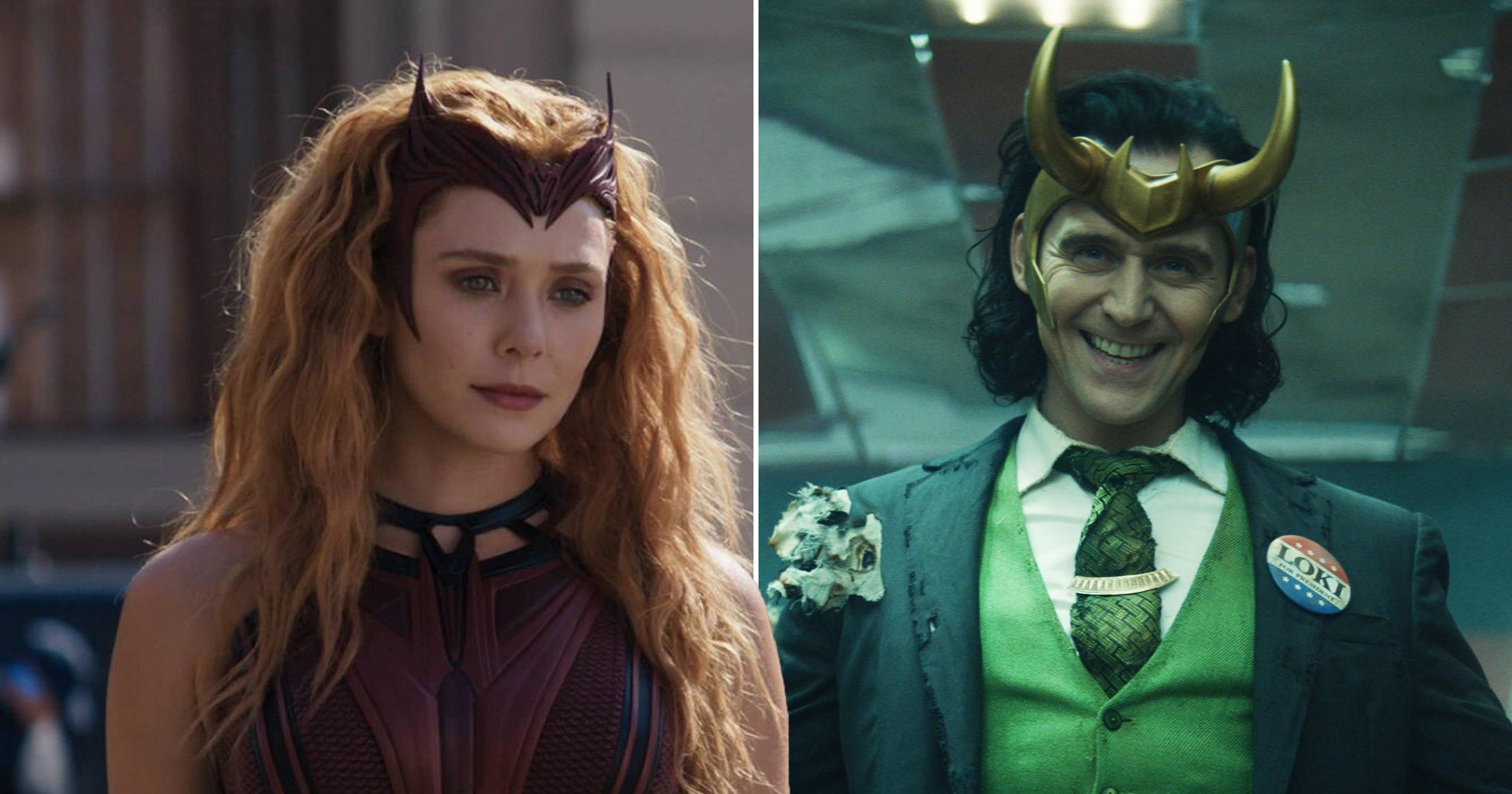 As Loki delves into the complex mysteries of time and the possibility of multiverses, is there a chance the MCU show could link to the major cliffhanger in the season finale of WandaVision?

In episode one of new Marvel series Loki on Disney Plus, the God of Mischief (Tom Hiddleston) is apprehended by an organisation called the TVA (Time Variance Authority) after accidentally disrupting the ‘sacred timeline’.

Loki’s inadvertent mishap causes what is known as a Nexus event, which is when the timeline predetermined by three individuals called the Time-Keepers is breached.

In the final episode of WandaVision, which aired earlier this year, Wanda Maximoff (Elizabeth Olsen) has assumed the title of Scarlet Witch and is learning all that she can from the book of spells known as the Darkhold.

So how could the final moment of WandaVision be connected to Loki?

How could Loki link to the WandaVision finale?

In the post-credits scene for the WandaVision finale, it’s revealed that Wanda is hiding out in a remote cabin after releasing the town of Westview from her Hex.

The Scarlet Witch is shown astral projecting while rapidly flicking through the Darkhold, which is when she hears her sons, Billy (Julian Hilliard) and Tommy (Jett Klyne), calling out for her.

As Billy and Tommy were created by Wanda in her Hex, it’s assumed that when the Hex is taken down, they cease to exist.

Therefore, their cries for Wanda in the season finale could result in her seeking them out in a different dimension or timeline, which is where the fan theory linking Loki to WandaVision comes in.

A Reddit user who goes by the handle Possibility-Agitated explained in a post that after watching Miss Minutes, the mascot of the TVA, explain the history of the organisation and how it works in an animated video, an idea clicked in their head.

‘During the package, we got teased of Nexus beings being able to travel throughout the multiverse,’ they wrote.

‘From WandaVision, we ALSO got a Nexus tease from one of the commercials. In the Loki trailer, we got a scene where multiple timelines were created at once.’

This train of thought led them to think that by the finale of Loki, ‘the timelines would have been reverted back into once’.

However, viewers may again be shown the scene when multiple timelines branched out at once, they said, with a crucial addition.

‘We would then get a scene of Wanda travelling through different timelines to search for her children. This would lead to the TVA now being after the Scarlet Witch,’ they speculated.

If Wanda were to make a surprise appearance at the end of Loki, it would be incredible.

However, as we’ve come to learn over the past few months, it’s important not to get your hopes up too much over Marvel cameos… as hard as that may be.

Loki returns next Wednesday and is available to watch on Disney Plus.

Inside Biden’s £30million G7 ring of steel with warships, The Beast & 400 Secret Service agents watching his every move

When is The Staircase series out on HBO Max?

Helen Skelton takes swipe at co-star after awkward blunder on Summer On The Farm: Live