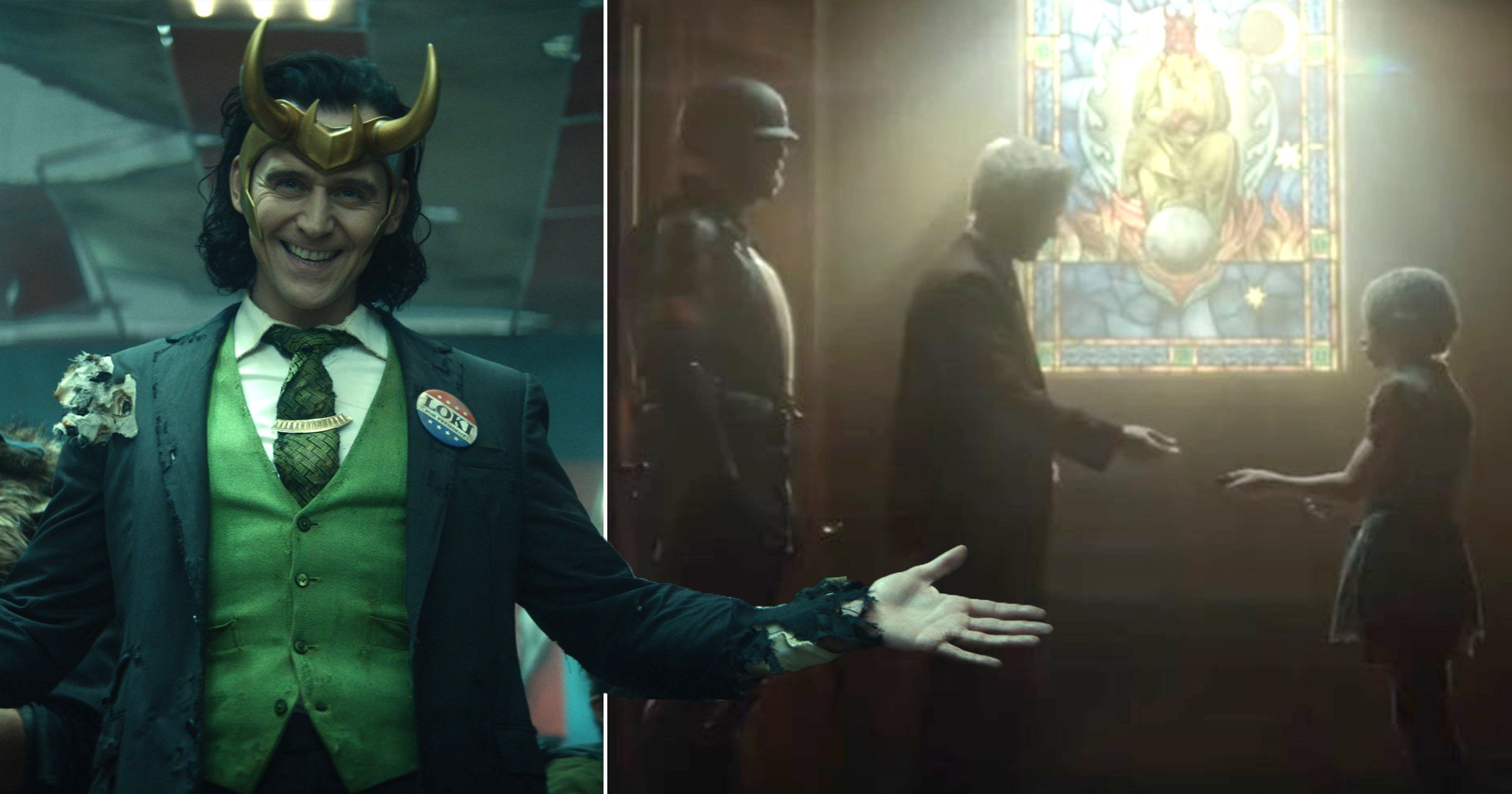 Warning: spoilers ahead for episode 1 of Loki.

We’re only one episode into Tom Hiddleston’s new MCU series Loki on Disney Plus, yet already are busying themselves trying to work out the meaning behind every teensy detail.

Rumours are swirling over possible cameos from Marvel comic book characters in the show, from Lady Loki – who fans thought they spotted in the trailer – to other ‘unexpected’ individuals.

When WandaVision aired earlier this year, there was a lot of speculation over the possible arrival of Mephisto, a demonic character from the Marvel comic books with potential to become the new big bad of the MCU.

In episode one of Loki, there was a moment when a depiction of a devil appeared, consequently leading many to question if this is finally confirmation of Mephisto’s on-screen debut.

So who is Mephisto and is he in Loki?

In the Marvel comics, Mephisto is a red extra-dimensional demon who rules over a dimension known as ‘Hell’ or ‘Hades’.

One of the reasons why people thought Mephisto may appear in WandaVision was because in the comics, he plays a significant role in the creation and destruction of Wanda Maximoff’s twin sons, Billy and Tommy.

Basically, Mephisto isn’t to be trusted or trifled with – which is why his arrival in the MCU could spark a lot excitement and fear among Marvel fans.

Is Mephisto in Loki?

In the first episode of Loki, TVA agent Mobius M Mobius (Owen Wilson) arrives at the scene of an attack against TVA agents, known as Minutemen, in Provence, France in 1549.

While in the church where the onslaught took place, he comes across a child who witnesses the assailant.

When he asks the child who committed the attack, they point at a stained glass window depicting the devil.

Many Marvel fans immediately jumped to the conclusion that this could be a strong hint of Mephisto’s inclusion in the Marvel show.

However, during a recent interview, Loki director Kate Herron said the resemblance of the devil to Mephisto was simply a ‘super weird coincidence’.

Speaking to ET, Kate said: ‘It’s genuinely a reference to Loki – the horns, he was cast out of heaven, that’s what it’s a reference to.’

‘But no, it’s more relevant to the themes of our show and it’s not a nod to that character,’ she added.

Was the Marvel demon in WandaVision?

While there were many rumours that Mephisto was going to turn up in WandaVision, none of them turned out to be true.

During an interview with Esquire, WandaVision star Paul Bettany teased that there was going to be a cameo from an actor who he has ‘longed to work with all of my life’, prompting some to predict that he was talking about one of his heroes, Al Pacino, as Mephisto.

In episode seven of WandaVision, a large bug is spotted in the home of Agatha Harkness (Kathryn Hahn)… which some fans assumed was a reference to Mephisto, considering his earliest appearance on Earth according to the Marvel comics is in the form of a fly.

But alas, there was no Mephisto. Maybe he’ll turn up in Doctor Strange in the Multiverse of Madness?

Loki returns next Wednesday and is available to watch on Disney Plus.

MORE : Loki: Release date for the Marvel Disney Plus show, how many episodes, trailer and cast

How to get Battlefield 2042 a week early: pay EA more money

Cruel Summer ending explained: What happened with Kate and Jeanette?