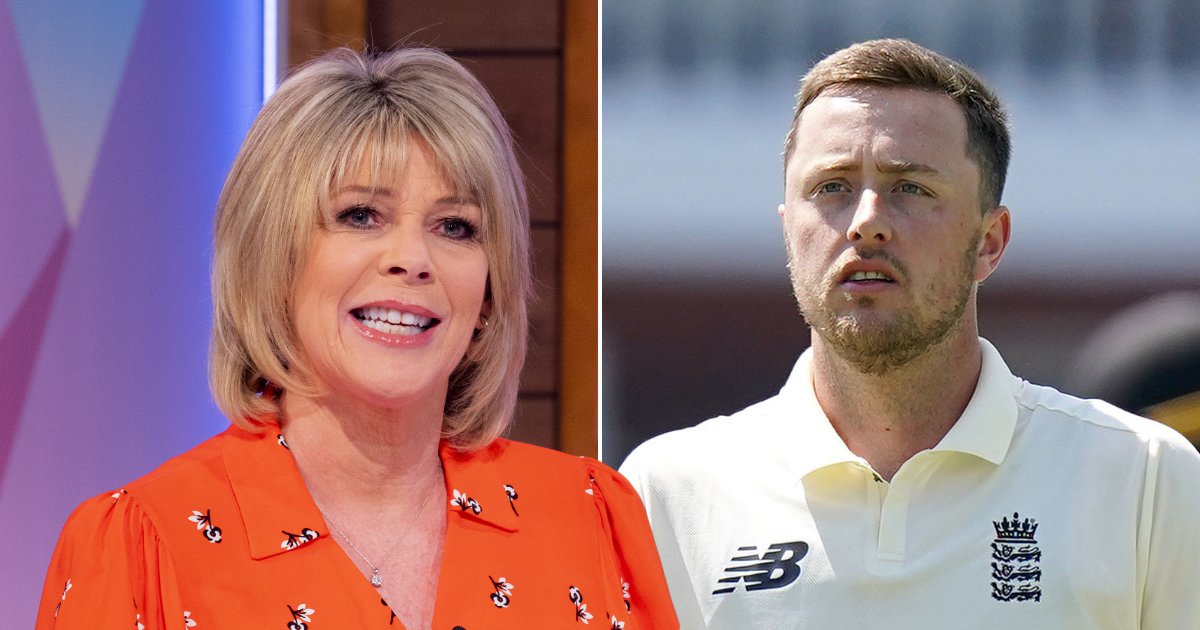 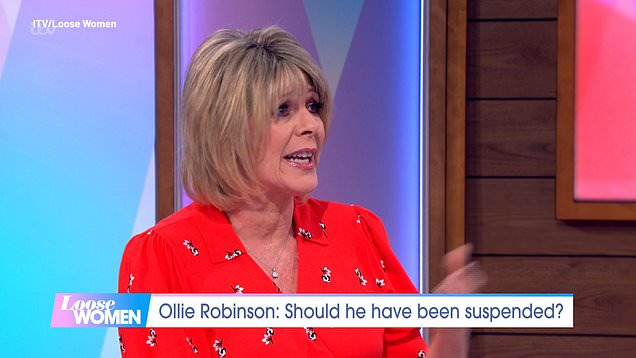 Robinson posted a string of racist and sexist tweets at age 18, which he has since apologised for.

He has been suspended from international cricket by the England and Wales Cricket Board (ECB), with Boris Johnson and sports minister Oliver Dowden criticising the decision.

On Loose Women, Janet Street-Porter insisted Robinson should have apologised a long time ago, before making his England debut.

‘I think apologising after, no matter how heartfelt, won’t placate a lot of people, a lot of other players,’ she said.

‘Are you saying at 18, he’s an adult?’ Langsford, who helmed the discussion, asked, with Street-Porter saying: ‘He was an adult, you’re an adult at 18.’

’18 is a teen,’ Langsford countered. ‘Could an argument be made that he was a hot-headed teenager, a stupid teenager, he said some stupid things? It might have been the kind of bants he was having with his mates?’

Some viewers were left unimpressed by Langsford’s comment, with one writing: ‘Did Ruth just refer to racist and sexist comments as banter?’

‘Racism is not “bants”!! Sort it out,’ another added, while one more said: ‘Here we go defending the racist words of people when they were young. #LooseWomen And not it’s not just bants. People have died from just bants. It’s racist abuse.’

‘Hold up… did the host of #LooseWomen just refer to racist and sexist comments as “bants”? I hope that I heard it incorrectly. Please tell me I misheard,’ another said.

Robinson apologised for his past comments, saying: ‘On the biggest day of my career so far, I am embarrassed by the racist and sexist tweets that I posted over eight years ago which have today become public.

‘I want to make it clear that I’m not racist and I’m not sexist. I deeply regret my actions and I am ashamed of making such remarks.

‘I was thoughtless and irresponsible and, regardless of my state of mind at the time, my actions were inexcusable. Since that period, I have matured as a person and fully regret the tweets.

‘Today should be about my efforts on the field and the pride of making my Test debut for England but my thoughtless behaviour in the past has tarnished this.

‘Over the past few years, I have worked hard to turn my life around. I have considerably matured as an adult.

‘The work and education I have gained personally from the PCA, my county Sussex and the England cricket team have helped me to come to terms and gain a deep understanding of being a responsible professional cricketer.

‘I would like to unreservedly apologise to anyone I have offended, my team-mates and the game as a whole in what has been a day of action and awareness in combatting discrimination from our sport.

‘I don’t want something that happened eight years ago to diminish the efforts of my team-mates and the ECB as they continue to build meaningful action with their comprehensive initiatives and efforts, which I fully endorse and support.

‘I will continue to educate myself, look for advice and work with the support network that is available to me to learn more about getting better in this area. I am sorry and I have certainly learned my lesson today.’

Metro.co.uk has contacted Loose Women and reps for Ruth Langsford for comment.

MORE : ‘What if I’m not here?’ Ruth Langsford fears missing out on key moments in son’s life as an ‘older mum’

MORE : Eamonn Holmes hits back at claim he is ‘uncomfortable’ and ‘boring’ with Ruth Langsford on This Morning

Who is David Wilson?

Indiana Jones 5: Where is it being filmed, who is in the cast and when is it out?