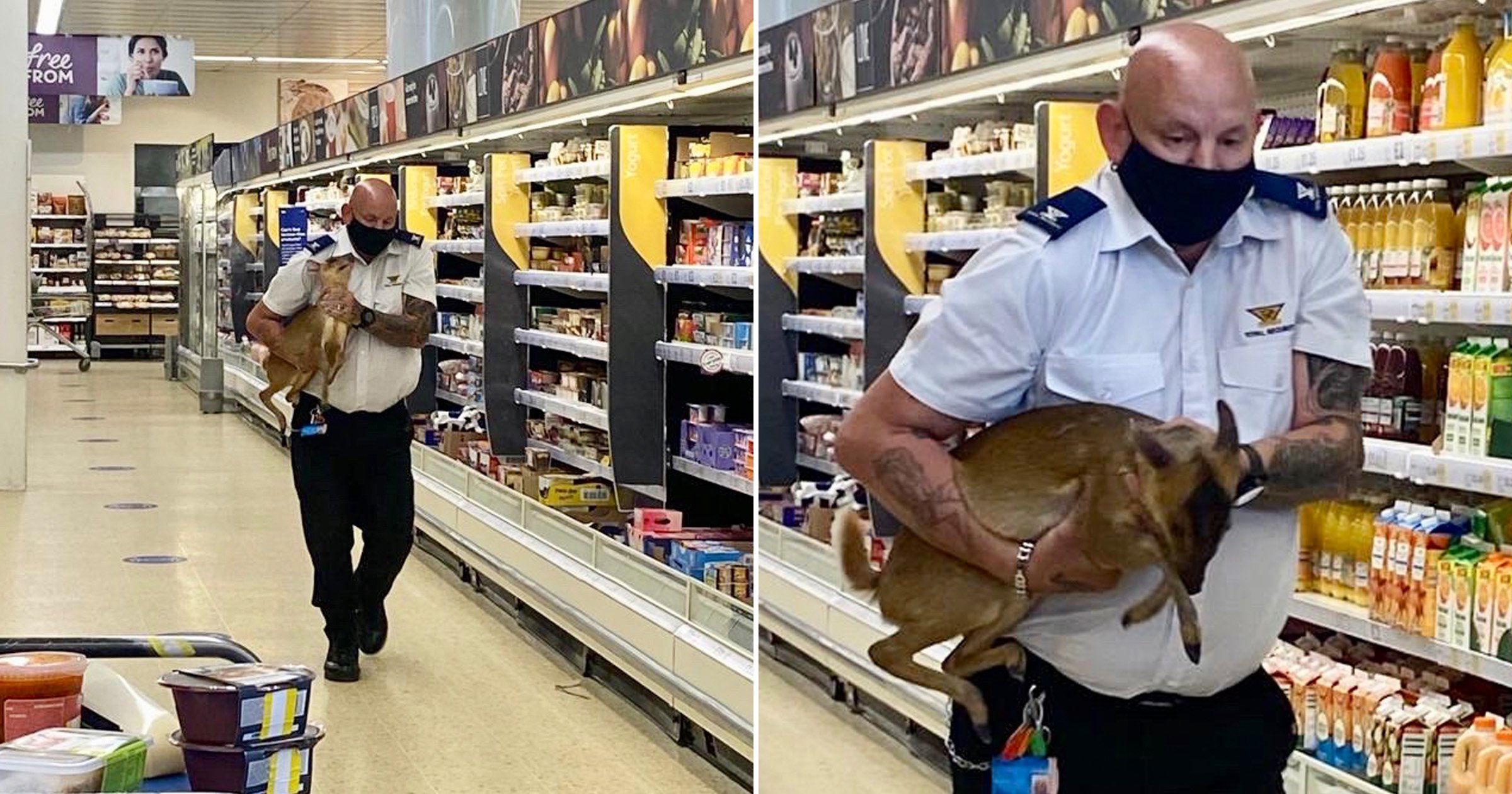 A baby deer has been rescued after running riot inside a Tesco and hiding in the bakery section.

The muntjac deer caused quite a stir at the store in Watton, Norfolk, after slipping through an open door and heading to the fruit and vegetables section.

The lost animal struggled to stay upright as its hooves continuously slipped on the hard and shiny floors.

It eventually took refuge among the sour-doe bread in the bakery, where a ‘brave’ guard managed to corner it and grab it in his arms and walk out.

Customers suspected that it was fawned of the doughnuts.

Witness Amira Stallion, 38, said: ‘I saw a load of adults running and then saw this muntjac deer coming towards me.

‘My instinct was to try to grab it but I hesitated because it looked so scared.

‘The poor little things had bulging eyes and was obviously petrified because it was in such a strange environment with the bright lights.’

The mother-of-two said it was half sliding when it ran down the fruit and veg aisle, adding it was a ‘very random’ thing to see in Tesco.

She added: ‘Not many people had seen it first off, so when I shouted “stop the deer” everyone looked at me like I was crazy.

‘I saw the deer peg it into the bakery and everyone cracked up! Maybe it wanted a doughnut.’

The business owner said the deer ‘squealed a bit’ when the guard picked it up but that he did ‘so well not to hurt him.’

She said he carefully held its neck to stop the deer from biting him.

She added: ‘The guard was as cool as a cucumber. When he got the deer out it jumped out of his arms and bolted.

‘I was a bit worried about where he went but what else was he supposed to do in that situation?’

Witnesses said they saw the deer disappear into some nearby undergrowth and that it seemed unharmed.

Lauren Goodger preparing for nasty trolls to comment on baby’s appearance: ‘I’ll be doing a lot of blocking’

Frank Turner ‘giddy with excitement’ about the return of live music and to ‘not be playing to the back of my phone, my wife and my cat’

Why do some people experience side effects from the Covid vaccine?