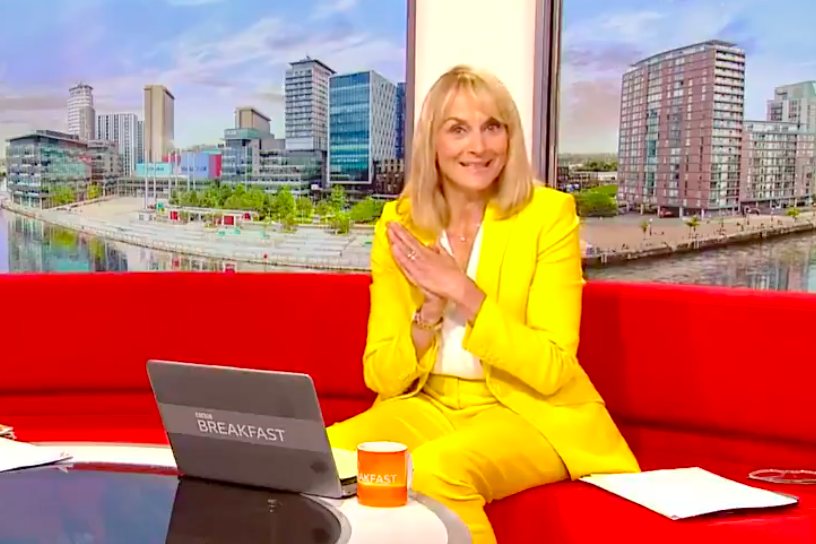 Louise Minchin is leaving BBC Breakfast after over 20 years on the news programme.

The presenter confirmed that she is stepping down on this morning’s edition of the show, saying: ‘I have decided it is time I stopped setting my alarm for 3.40 in the morning.’

After ‘taking a deep breath’, Louise told viewers: ‘This year, it will be 20 years since I first presented this programme. Since then I felt part of a huge BBC Breakfast family which includes everyone who works here, everyone on the team and every one of you who watches the programme. I’ve loved being part of it.

‘But. There is a but. You know about the but. I have decided that is time that I stopped setting my alarm for 3.40 – sometimes when I’m feeling really rebellious, 3.46 – in the morning, and I’m going to be leaving the programme.’

Louise said her departure would ‘not be for a while’, and thanked the viewers for their loyalty.

ITV journalist Sally Biddulph was among the first to speak on the news, tweeting: ‘Wow! Good luck @louiseminchin from a fellow breakfast bunny. We will miss you on our early screens, but I know you won’t miss the alarm! Be happy.’

Julia James suspect, 21, due in court for ‘extremely violent’ murder of PCSO out walking with her dog in Kent

Builder ‘destroys his own work after owner refused to pay £3,500’

America’s Got Talent Golden Buzzer act Nightbirde reveals heartbreaking inspiration behind It’s Okay: ‘I was given months to live and then my marriage ended’