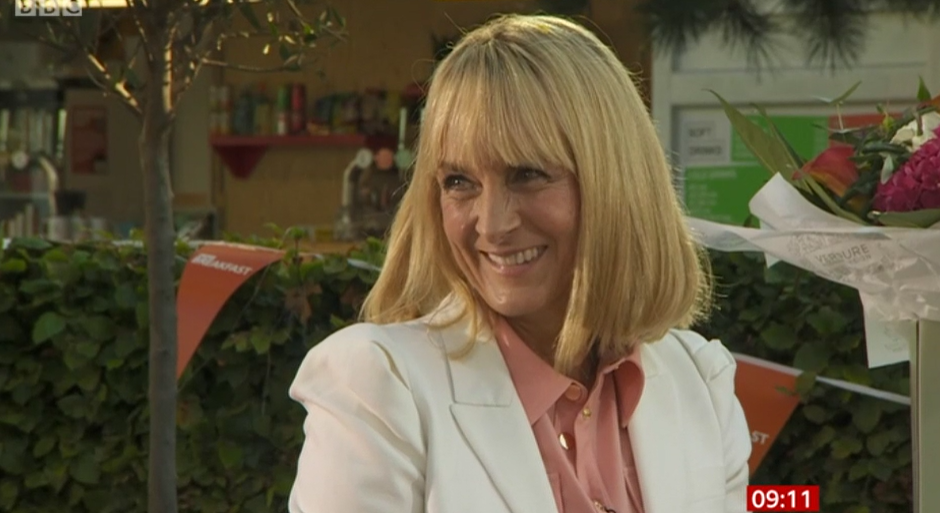 Louise Minchin gave a hint at what she is getting up to after leaving BBC programme Breakfast after 20 years.

The newsreader fronted her final show alongside Dan Walker on Wednesday where she was presented with a cake while familiar faces sent messages of support in a tribute video.

The 52-year-old has not revealed a lot of detail about what’s next for her work wise, but will be continuing her passion for endurance sport (as well as relishing not having to get up at 3.45am every morning).

On her last show she finally revealed one project she will be taking part in now she has left Breakfast.

Dan recalled talking to Louise about speaking on air about the menopause, and her reservations about it.

‘You were really worried weren’t you? About talking about it,’ he added.

‘I was really worried,’ Louise said.

‘One of things I can tell you that I’m doing after I leave, is I’m doing a programme about menopause for World Menopause Day.’

Dan quipped: ‘That’s about the only piece of information she’s given anybody!’

During her time on the BBC programme she took part in the campaign Wake Up to the Menopause in which she shared her own experiences.

The menopause is when a woman stops having periods and is no longer able to get pregnant naturally. It usually occurs between the ages of 45 and 55 as a woman’s oestrogen levels decline.

She first started experiencing symptoms in her late 40s including night sweats, tiredness and hot flushes.

Louise was given a heartwarming send off from Dan and Breakfast stars old and new including Naga Munchetty and Bill Turnbull in a special tribute video.

Her husband Dave also joined the programme where she was presented with flowers and a stunning cake with a miniature Louise sat on top.

Breakfast airs weekdays from 6am on BBC One.

Who is OnlyFans model Janet Guzman as she is spotted heading to same hotel with Lewis Hamilton after Met Gala?