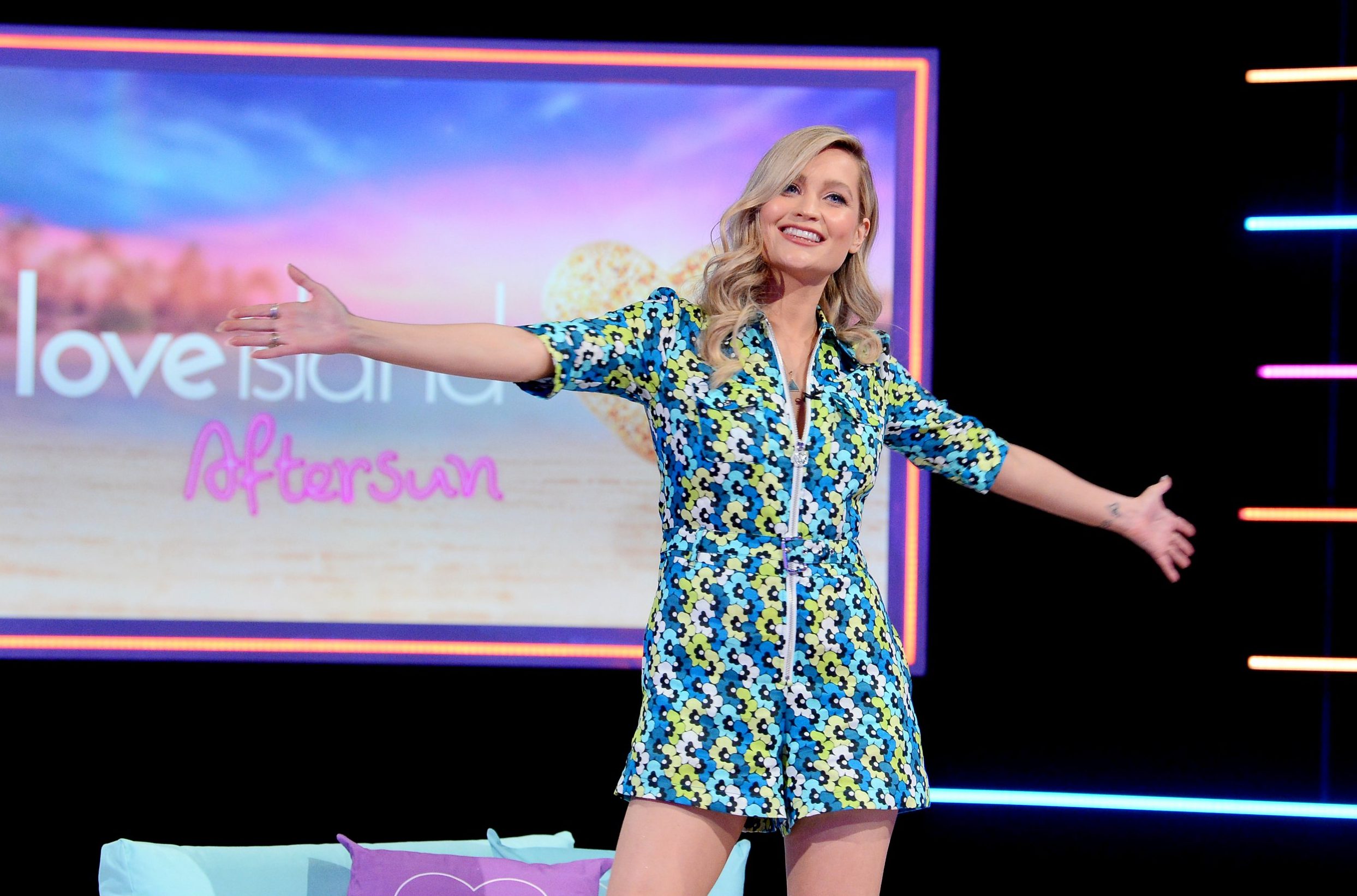 Laura Whitmore has spoken out after Love Island viewers were left puzzled about her lack of appearances on the show.

The host, who took over from the late Caroline Flack on the series, is only thought to have appeared on screen for 12 minutes in the current series, when the islanders first arrived.

Instead of delivering shock news to them, as sometimes happens on the show, the islanders have been communicated with by text.

However, Laura’s got a pretty fair excuse, as she responded to a fan saying: ‘Hosting live show from London weekly, think you’d enjoy it if you watched! I’ve got great roaming package for the aul spanish texts at the mo.’

Love Island: Aftersun airs on Sunday nights, delving into the gossip from the week’s main episodes.

While Laura hasn’t revealed when she’ll next be returning to the villa, we’re sure she’ll make quite the entrance.

The 36-year-old is expecting to fly between London and Majorca for the two shows with her baby daughter Stevie, who she shares with husband Iain Stirling.

‘Every time I fly over, she’ll go with me because I’m breastfeeding,’ Laura told Grazia.

Comedian Iain, who provides the voiceover for the series, is staying in London.

Iain previously admitted he doesn’t need to travel to Spain for the 2021 series but said it does make his job easier to be in the same environment as the contestants.

The 33-year-old explained: ‘In a way though, for the first two series, it was much better for me to be in Spain because I’m not a huge reality TV fan.

‘When you’re in Spain, you get engrossed in this TV show because there’s not a lot else to do really. It became my world.’

And who can blame him?

Who is AJ Bunker from Love Island 2021? Age, job and Instagram

In the latest episodes of the show, Brad McClelland left the villa after a shock twist, with Lucinda Strafford staying despite their newfound romance.

However, she seems to be ready to move on in new scenes tonight, as she pulls Aaron Francis for a flirty chat.

MORE : Love Island 2021: Host Laura Whitmore ‘on screen less than 12 minutes’ as fans question where she is

MORE : Love Island: Where is Laura Whitmore and when is she next in the villa?

Original Dead Space designer will return for the remake