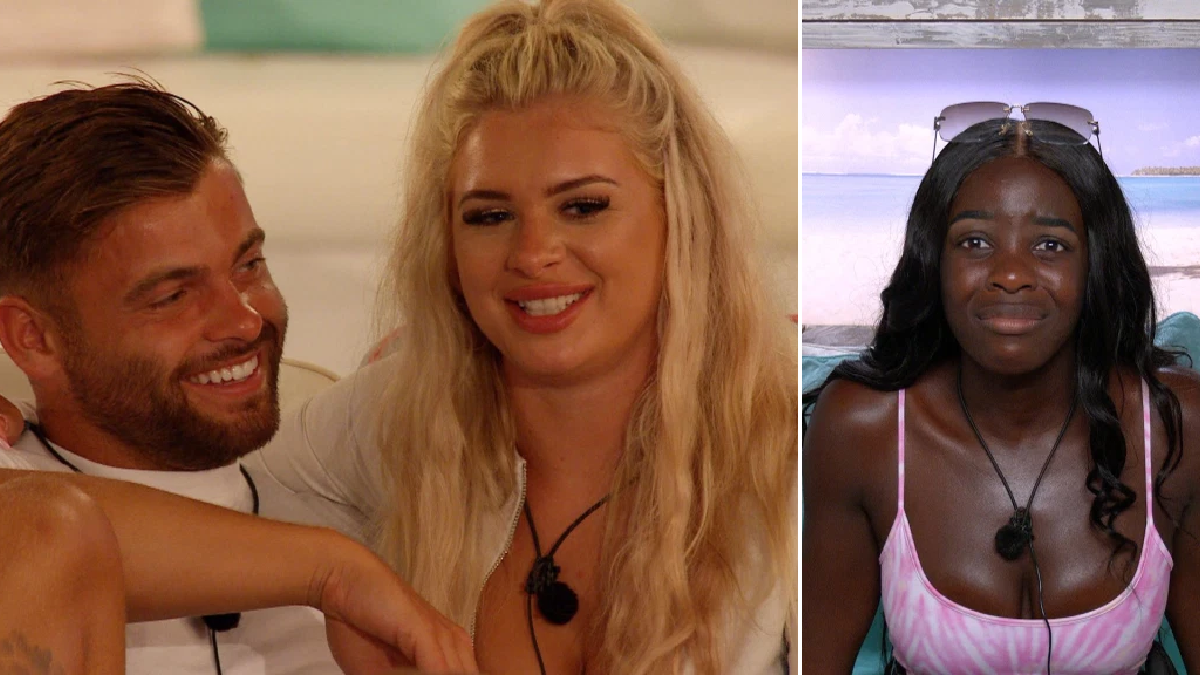 The Love Island villa is about to be rocked as a teaser for Monday night’s episode sees Jake Cornish kiss Kaz Kamwi in front of a horrified Liberty Poole.

Jake and Liberty have been coupled up since the beginning of the series, however it looks like a spanner is about to be thrown into the works thanks to a game of snog, marry, pie.

In a cheeky glimpse at the upcoming episode, Jake was seen walking up to Kaz and making out with her, while Liberty, like the rest of the nation, grimaced as she watched on just metres away.

Viewers were equally shocked by the scenes at hand, with many hoping this doesn’t end Kaz and Liberty’s friendship.

‘I SWEAR TO GOD IF JAKE GETS IN THE WAY OF THE LIBERTY AND KAZ FRIENDSHIP THERE WILL BE CONSEQUENCES,’ vented one.

Echoing a similar sentiment, another added: ‘I WASNT READY FOR JAKE KISSING KAZ.’

The bombshell moment comes just one week after Liberty declared to Kaz that she is falling in love with Jake after a romantic date.

‘I might be a little bit falling,’ she told her. ‘Are you going to make me say this out loud? I think I might be falling in love.’

Elsewhere in tonight’s episode, Sharon Gaffka was dumped from the villa after not being picked by any of the boys.

The 25-year-old civil servant from Oxford was in tears as she left, and told the cameras: ‘We all took a plunge when we came here.

‘Love was never guaranteed and it never will be, but I’m glad that I took that plunge.

Love Island 2021: Danny Bibby apologises from inside villa for use of N-word

‘I’m still on that hunt for love, for that someone special who can handle my fire and make me a happy woman.’

Love Island continues on Monday at 9pm on ITV2.

Cricket player and dad, 45, collapses and dies on the field from ‘heart attack’ during heatwave

Who is Love Island’s Chuggs Wallis?