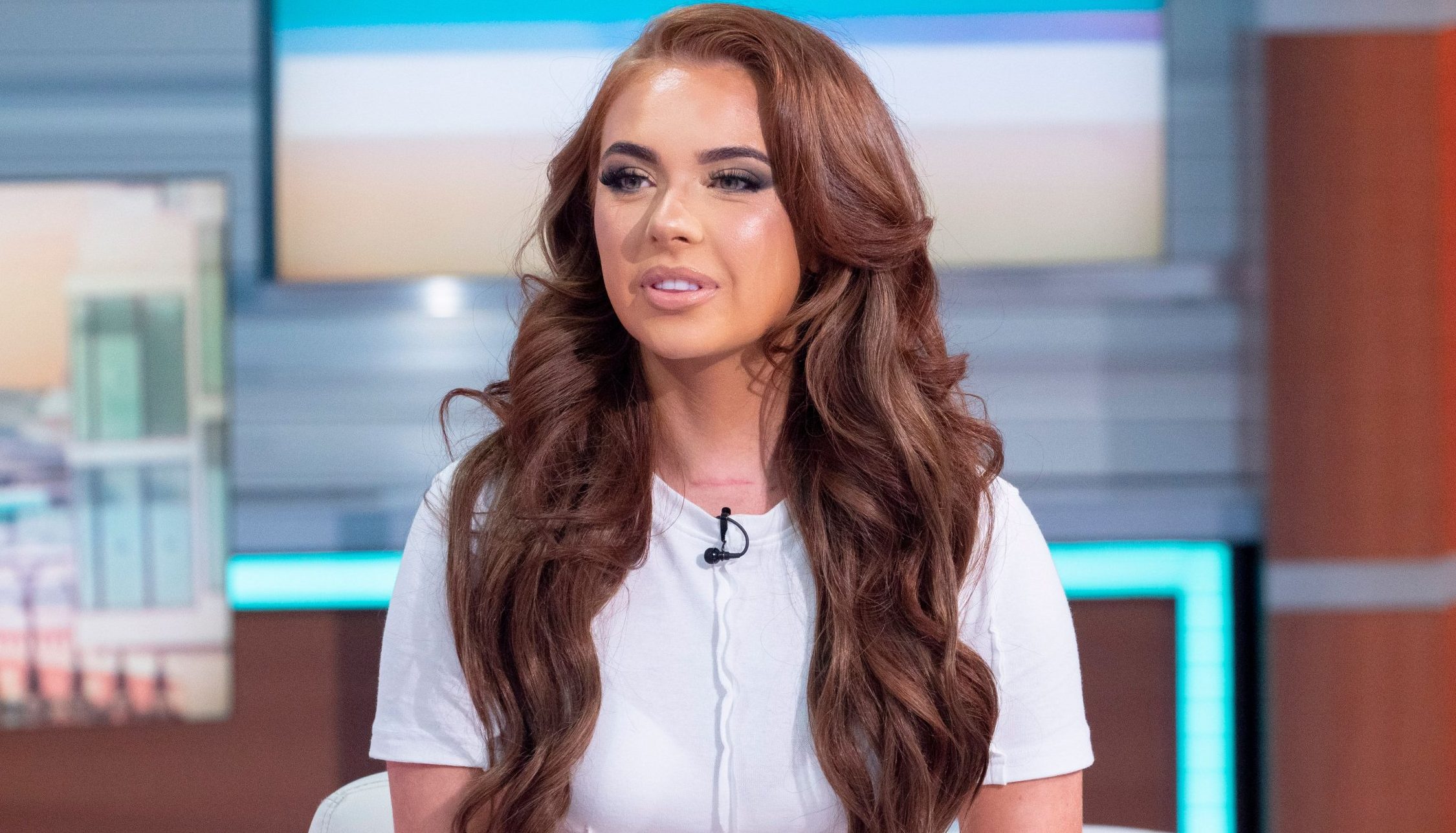 Demi Jones revealed the ‘pain is so much worse’ as she underwent a second surgery amid her battle with thyroid cancer.

The Love Island star, 22, offered fans an update from her hospital bed after going under the knife for a ‘full thyroidectomy’.

Taking to Instagram, she showed off her scar from the operation in a video on her story, telling fans: ‘I’ve just woken up. Pain is so much worse this time.

‘I’ve been asleep for hours, nurses struggled to wake me up.’

Giving fans a glimpse at the view from her bed, she continued: ‘Thank you for everyone’s messages. I’ll get back to you as soon as I can.’

Demi announced her diagnosis last month, after previously having a lump removed from her neck in April.

‘Hi guys, I got my results today and unfortunately I have thyroid cancer,’ she told social media followers, vowing to ‘bounce back’ over the news.

‘The tumour has been removed but I’m now due to have more surgery to remove the rest of my thyroid.

‘I’m staying very positive and I’m a strong girl so I’ll be fine, thank you for your love and support always. I’ll bounce back stronger.

Speaking about the news of her illness, the ITV2 star revealed she turned to social media before telling her family – something she regrets doing.

In a new interview with Zeze Millz, Demi said: ‘When I first found out it could be cancerous, I was in shock and I was crying because I went on social media, and I shouldn’t have done that because I hadn’t even told my family yet.

‘I don’t even know why, I can’t even tell you because my head was scrambled and I was like “Oh my God, guys!”’

While she has since been showered with love by her closest friends and family, she added that some of her Love Island co-stars have yet to reach out over her cancer diagnosis.

‘A few Islanders didn’t reach out to me, which I didn’t expect,’ she told the host.

‘I’m not going to name names, it’s gonna cause problems. But other than that, Jess, Eve [Gale], Shaughna’s been amazingly supportive.’

Refusing to share their names, she concluded: ‘I don’t know because we were so close in the villa to come out and then just zero contact

‘I wish them all the best but I don’t know what the reason is, I don’t know if it’s because they just want to completely separate from the whole Love Island hysteria. I don’t know but it is what it is.’

British woman, 28, saved from jaws of crocodile by her twin sister