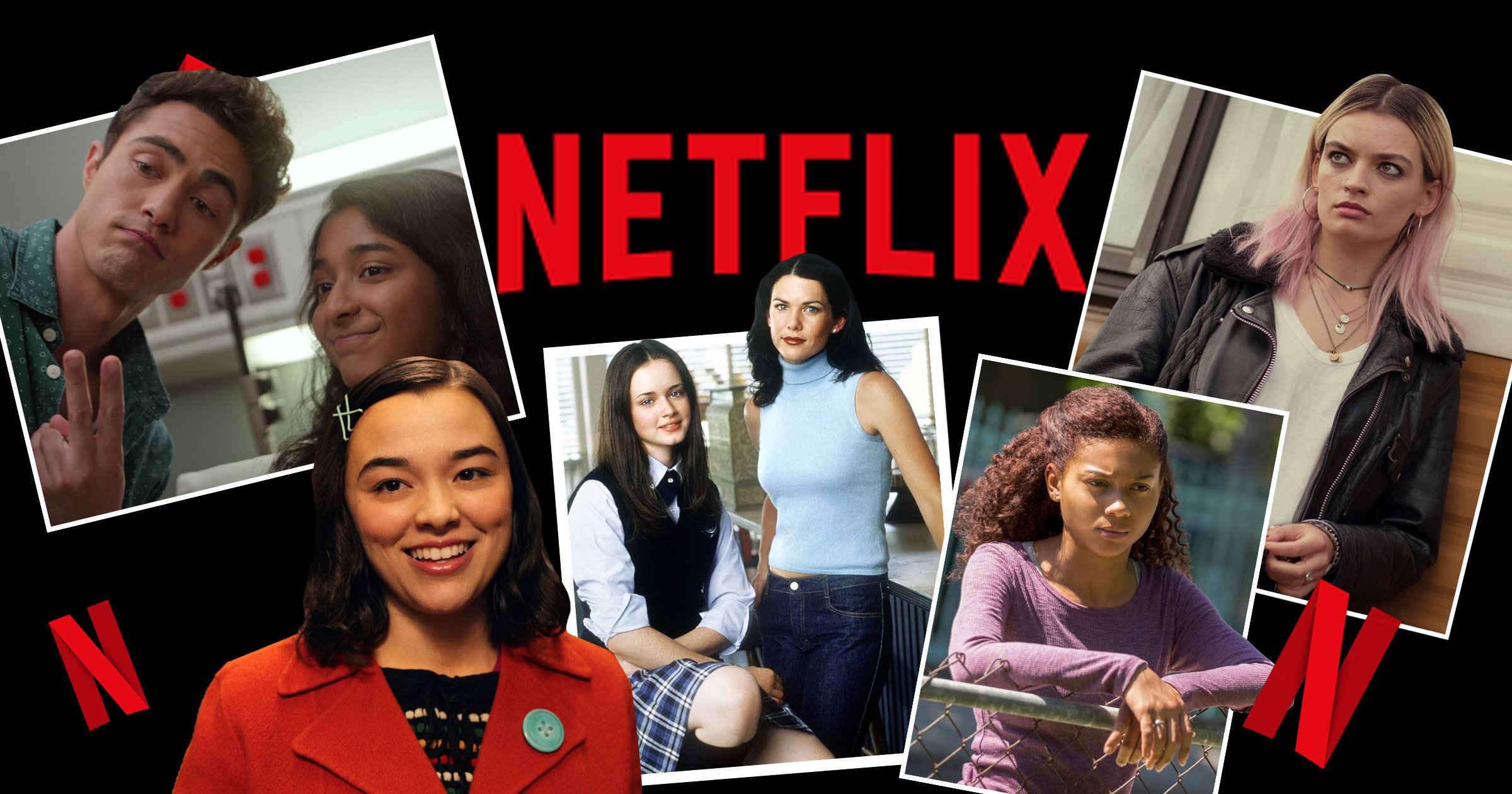 I’ve you’ve just finished watching the second season of Mindy Kaling’s teen drama series Never Have I Ever and are looking for your next obsession, we’ve got you covered.

Never Have I Ever sees Maitreyi Ramakrishnan return as Devi Vishwakumar, a teenager torn between two high school crushes – Paxton Hall-Yoshida (Darren Barnet) and Ben Gross (Jaren Lewison) while she grieves the death of her father.

Devi’s best friends, Fabiola Torres (Lee Rodriguez) and Eleanor Wong (Ramona Young) remain at her side, while also dealing with their own tricky situations as they embark on new relationships.

If you’ve already watched both seasons of the show, we understand that you’re most likely on the hunt for something else to binge instead.

Here we have rounded up seven other coming-of-age series currently on Netflix to help bide time until Never Have I Ever is (hopefully!) renewed for another season.

Netflix recently aired its fourth and final season of Atypical, a show which stars Keir Gilchrist as Sam Gardner, a teen with autism spectrum disorder.

Sam is attempting to navigate his final year of high school and, more importantly to him, find his first girlfriend.

This newfound independence also affects his relationships with his family, who, of course, all have various problems of their own.

Ginny and Georgia is a mother-daughter drama that follows a 30-year-old mom Georgia (Brianne Howey), her angsty 15-year-old Virginia (Antonia Gentry), and her young son Austin (Diesel La Torraca) as they settle down in a picturesque New England town after several years on the run from Georgia’s troublesome past.

The series has been renewed for a second season, which isn’t much of a surprise considering the fact it managed to draw in 52million viewers in its first 28 days.

Sex Education follows the lives of students as they battle with figuring themselves out and growing up, starring the likes of Asa Butterfield (Otis Milburn), Emma Mackey (Maeve Wiley) and Gillian Anderson (Dr Jean F Milburn).

In the series, socially awkward Otis embarks on a journey of sexual discovery and helps his fellow students with their sexual education, thanks to tricks he picked up from his sex therapist mother.

Throw in some unrequited love, students figuring out their sexuality and facing their fears, and you’ve got yourself a winning programme.

If you’ve never watched an episode before you’re in luck, as there are currently two whole seasons for you to binge. Netflix also recently confirmed that season three will arrive Friday 17 September.

Dash & Lily is a sweet holiday-themed teen rom-com that was released during the 2020 Christmas season.

Based on the book Dash & Lily’s Book of Dares by David Levithan and Rachel Cohn’s, the series follows the burgeoning romance between two NYC-based teens Dash (Austin Abrams) and Lily (Midori Francis).

The two had never met before, but they trade a notebook back and forth, giving each other dares to complete across the city during the holidays. This one’s festive setting is only half the fun, as it’s a cute story about two young people coming into their own.

On My Block follows four teens in the rough (but fictional) neighbourhood of Los Angeles South Central.

There are currently three seasons on the streaming service with another on its way.

Derry Girls is a hilarious series set in the town of Londonderry, also known as Derry, in Northern Ireland in the 1990s.

Throughout the series teenager Erin Quinn (Saoirse-Monica Jackson) lets her ego and ambition get the best of her while attending Catholic school with her close friends.

The comedy is quick-paced and the young cast is impeccable.

While it might not be new, Gilmore Girls is a classic for a reason, as it is often hailed as one of the best teen dramedies ever made.

The mother-daughter relationship between Rory Gilmore (Alexis Bledel) and Lorelai Gilmore (Lauren Graham) is central to the story, and the heart of the show.

The series follows Rory and Lorelai through the highs and lows of their relationships on the backdrop of a small town with a variety of zany and memorable characters.

If you’ve never watched the show before, great news, as there is currently seven whole seasons on the streaming giant. After 13 years, the series came back for a short miniseries revival called Gilmore Girls: A Year in the Life, so there’s plenty to keep you occupied.

You can stream all series on Netflix.

MORE : Never Have I Ever cast reveal their hopes for season 3: ‘Ben has to go after Devi’

MORE : Never Have I Ever season 3: Lee Rodriguez would ‘love’ to see more of Fabiola’s relationship with Eve

Sex and the City reboot key moment exposed! Pivotal Carrie and Natasha scene caught in And Just Like That photos

In amazing news, Joe Tracini is actually going to commentate the Olympics after that viral gymnastics video