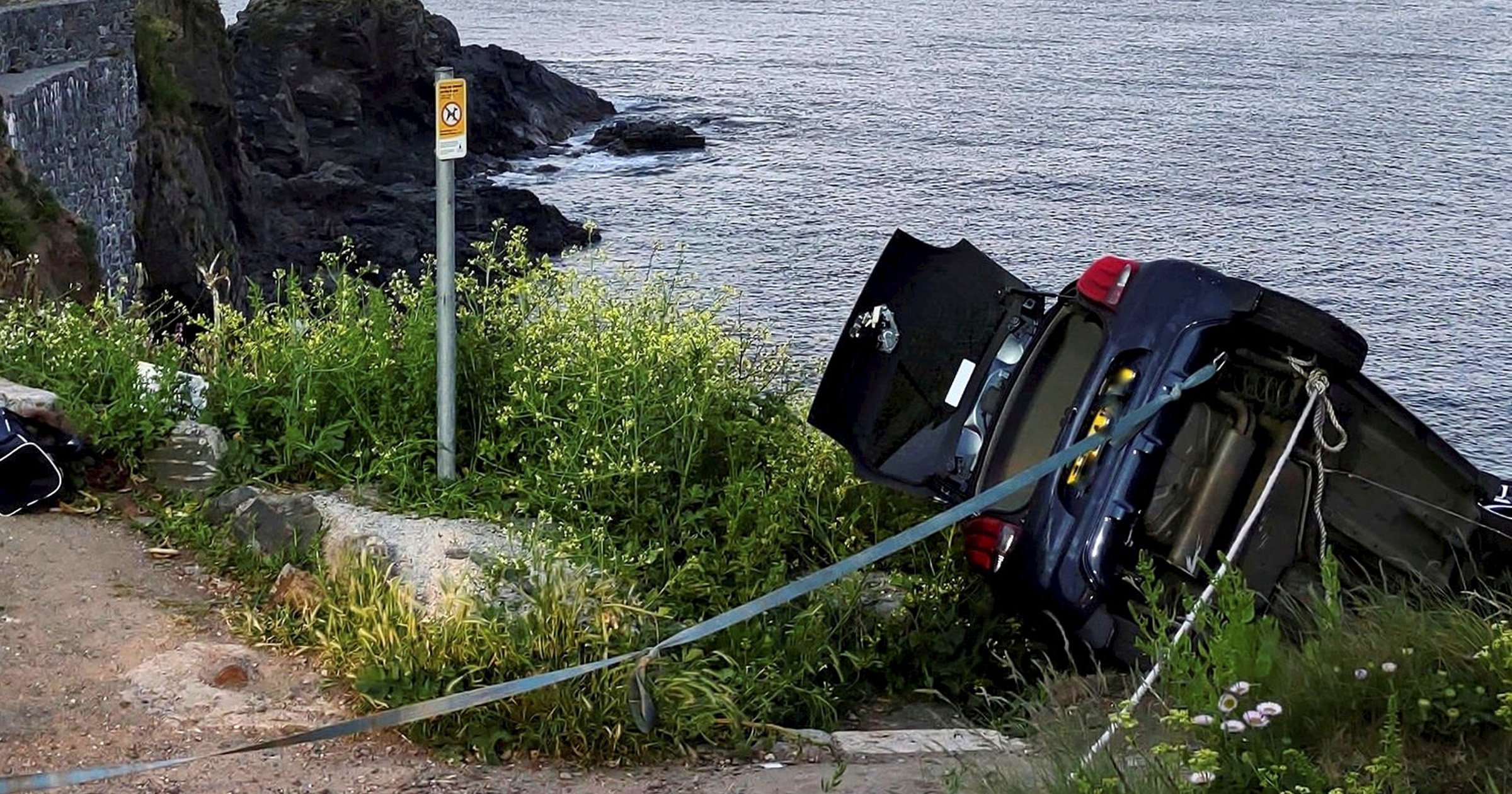 A motorist had a lucky escape through the boot of their car after crashing over a cliff edge.

The vehicle was left teetering precariously over the drop in Cadgwith, Cornwall, after it came off the road shortly before 4.30am on Tuesday.

Firefighters managed to secure the car with straps – allowing the driver to clamber over the back seats and crawl out of the boot unharmed.

Photos posted to social media by the Coastguard show the vehicle lying on its side with the front half poking out over the edge.

In a statement, Cornwall Fire and Rescue Service said: ‘Crews from Mullion and line rescue appliances from Tolvaddon attended this incident as well as an officer, which involved a single vehicle in a precarious position.

‘One casualty was successfully recovered, uninjured.’

A Mullion Coastguard spokesperson added: ‘The team was paged at 4.38am to provide safety cover for Mullion Community Fire Station with a vehicle, which had gone over the cliff at Cadgwith.

‘Cornwall Fire and Rescue Service were able to secure the vehicle with a strop and retrieved the casualty through the boot.

‘Once the scene was made safe we were stood down.’

One in seven girls are sexually abused before they turn 16