MALTA, along with the Spanish and Greek islands, could open up to Brits this summer if the government allow double-jabbed Brits to travel abroad.

Some Spanish and Greek islands along with Malta, should be the first to reopen to Brits, says Jet2 boss[/caption]

When asked about the possibility of allowing double-jabbed Brits to travel again, Mr Norman said: “This is one of those things that’s being considered.”

The hope that holidays could go ahead this summer, after fears they may not restart until August, was met with optimism by airlines and tour operators.

Jet2 boss Steve Heapy said it was “welcome news [and] a meaningful restart” to international travel.

He also explained which destinations could be open to Brits who have had both jabs: “As well as vaccination rates, the UK government has said that they are making decisions about international travel based on infection rates too.

“If this data is driving these decisions, then we believe that destinations such as Malta, the Balearic Islands and many islands in Greece should be open to holidaymakers from the UK.”

Malta has given the first dose of the vaccine to 78 per cent of the population, while some of the Spanish islands, in particular the Balearics which includes Majorca and Ibiza, have lower Covid rates than the UK.

Greece also hopes to fully vaccinate most of their islands by the end of the month.

Not only that, but Malta is even paying to tourists to visit on holiday, while both Spain and Greece are already welcoming Brits, with Spain lifting all entry restrictions, while Greece requires a negative test.

Mr Heapy added: “If people have received two doses of the vaccine and are still not allowed to travel overseas to enjoy their holidays, what is the purpose of the vaccination programme?

“The rollout has been a huge success, so it is time for us all to enjoy the benefits of that.”

Jet2 cancelled all holidays and flights until July 1 due to travel uncertainty, which could be extended further.

It follows Ryanair boss Michael O’Leary who yesterday called for Brits who have had both jabs to be allowed to travel abroad without restrictions.

“UK tourism and aviation needs a pragmatic travel policy, which permits vaccinated UK and EU citizens to travel between the UK and the EU without the need for quarantine or negative PCR tests.”

In the UK, 30m people have had both jabs – 57.8 per cent of the adult population – while 42m have had just their first dose.

The UK is one of the leading countries for the vaccine rollout, only behind destinations such as Gibraltar, Malta, the Seychelles and Israel. 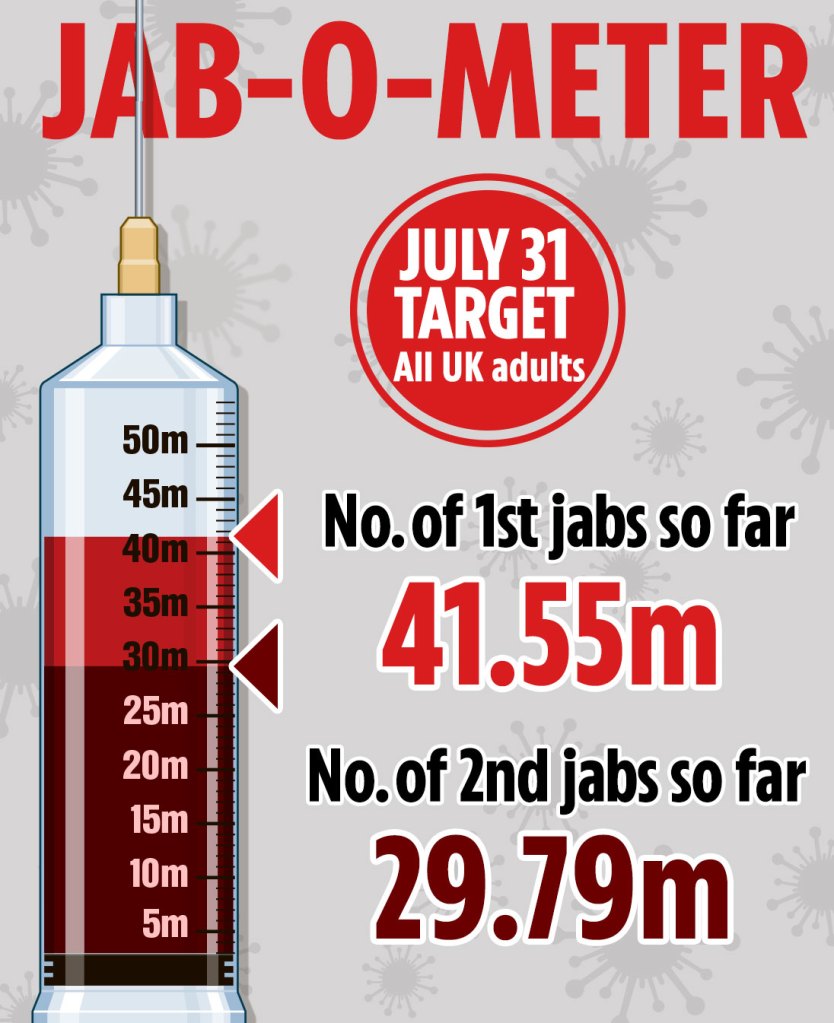 Hotel workers share grim secrets – including what never gets cleaned

Only Gibraltar, Iceland and Israel are open to Brits with few restrictions, with some flight and holiday bookings soaring.

Last week PC Agency’s Paul Charles warned that despite many countries meeting the UK government’s criteria, the threat of the Delta variant is likely to stop destinations being added to the green list any time soon.

TUI has cancelled trips to Spain, Greece, Cyprus and Italy until at least July 11 due to travel uncertainty.