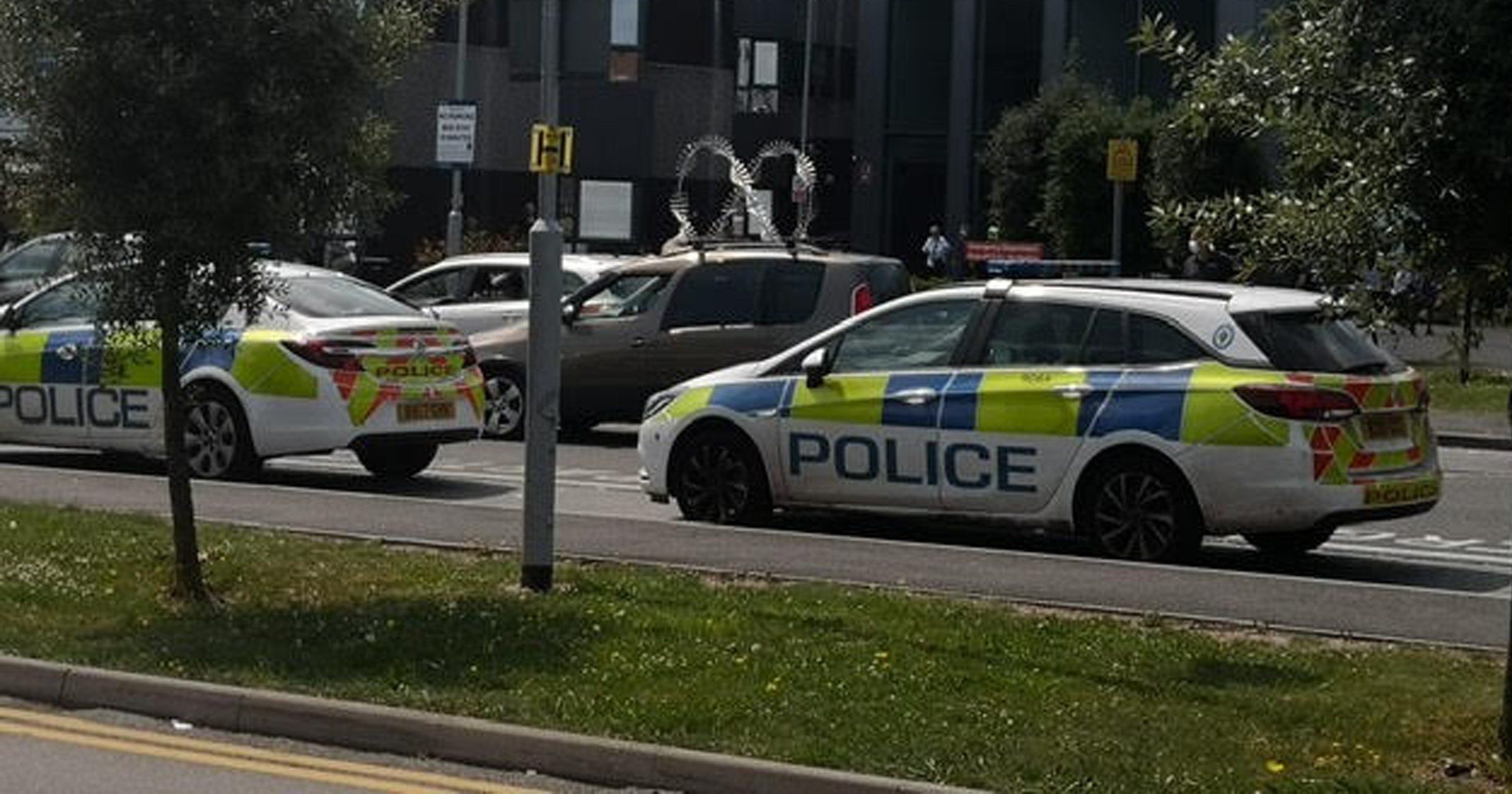 A 21-year-old man has been arrested after a woman was stabbed at a hospital.

Police descended on Wolverhampton’s New Cross Hospital after the health worker was attacked at around 11am.

Thankfully, the woman’s injuries are not believed to be life threatening.

The suspect was detained on suspicion of wounding and is being quizzed by detectives.

Extra security has arrived at the hospital, while police cars remain stationed outside.

A force spokesperson said: ‘We’re in the early stages of our investigation and anyone with information is asked to contact us via live chat on our website west-midlands.police.uk or by calling 101.’

They wrote: ‘There has been a police incident at New Cross Hospital this morning.

‘Police are currently on site and we have increased security presence.

‘There is no disruption to services so please attend A&E or your appointment as normal.’