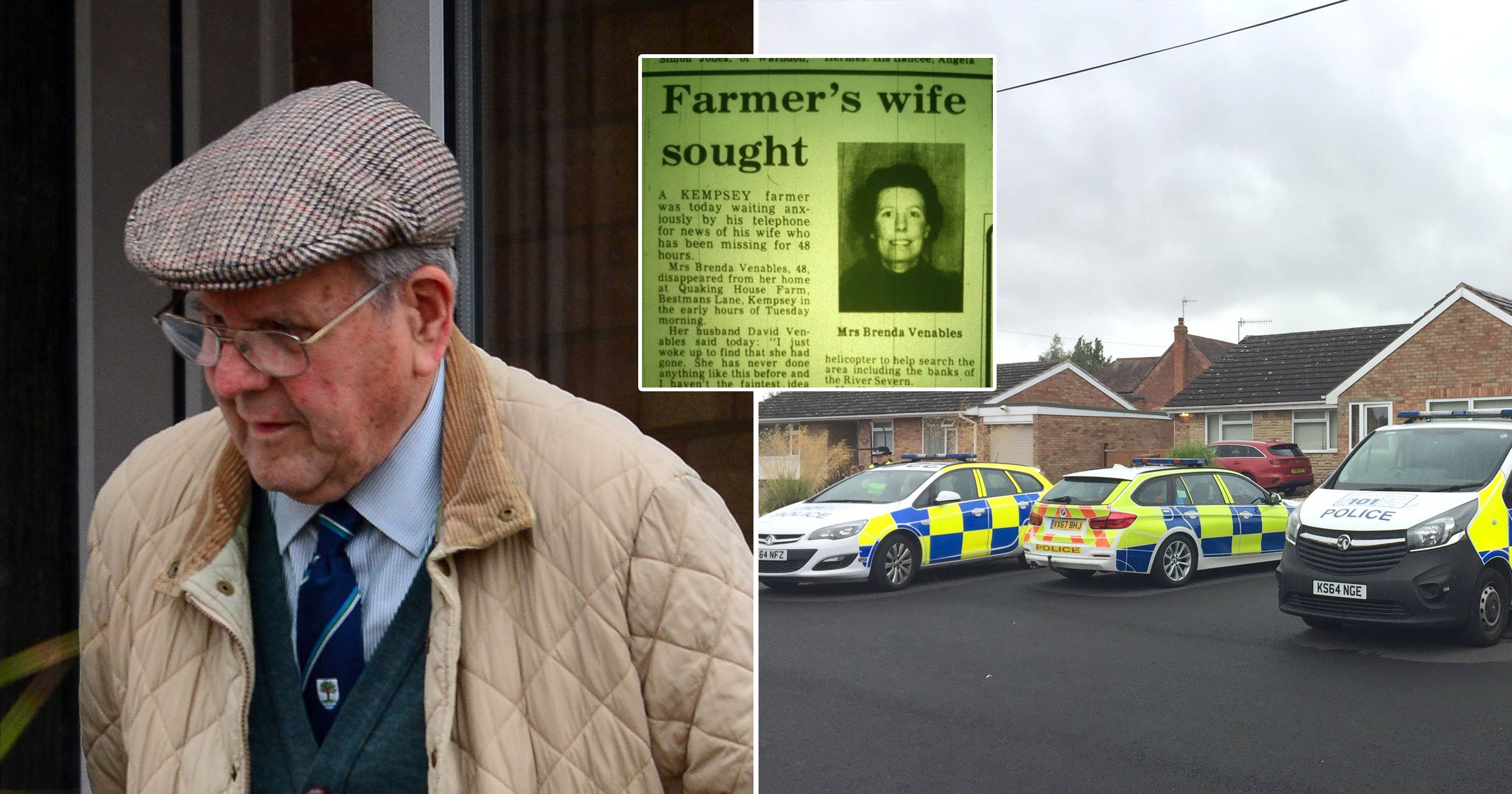 David Venables has been charged with murdering his 48-year-old wife Brenda, whose remains were found in a septic tank.

Farmer’s wife Brenda was reported missing in 1982 in Kempsey, Worcestershire.

Venables, 88, will appear at Worcester Magistrates’ Court for the first hearing on June 15.

In a statement confirming the murder charge, the head of complex casework unit at the Crown Prosecution Service, Mark Paul, said: ‘The decision to authorise the charge against the defendant was made after careful consideration of all the available evidence of this complex case and determining that a prosecution is required in the public interest.

‘The function of the CPS is not to decide whether a person is guilty of a criminal offence, but to make fair, independent and objective assessments about whether criminal charges are appropriate.

‘Criminal proceedings are now active, and there must be no reporting, commentary or sharing of information online which could prejudice these proceedings.’

Lockdown lift on June 21 is ‘in the balance’ and tiers ‘won’t work’ to tackle Indian variant surge, warns Prof Ferguson

Docs said I’d never move again after being paralysed at 18 but I walked down the aisle, says 7 Yards star Chris Norton