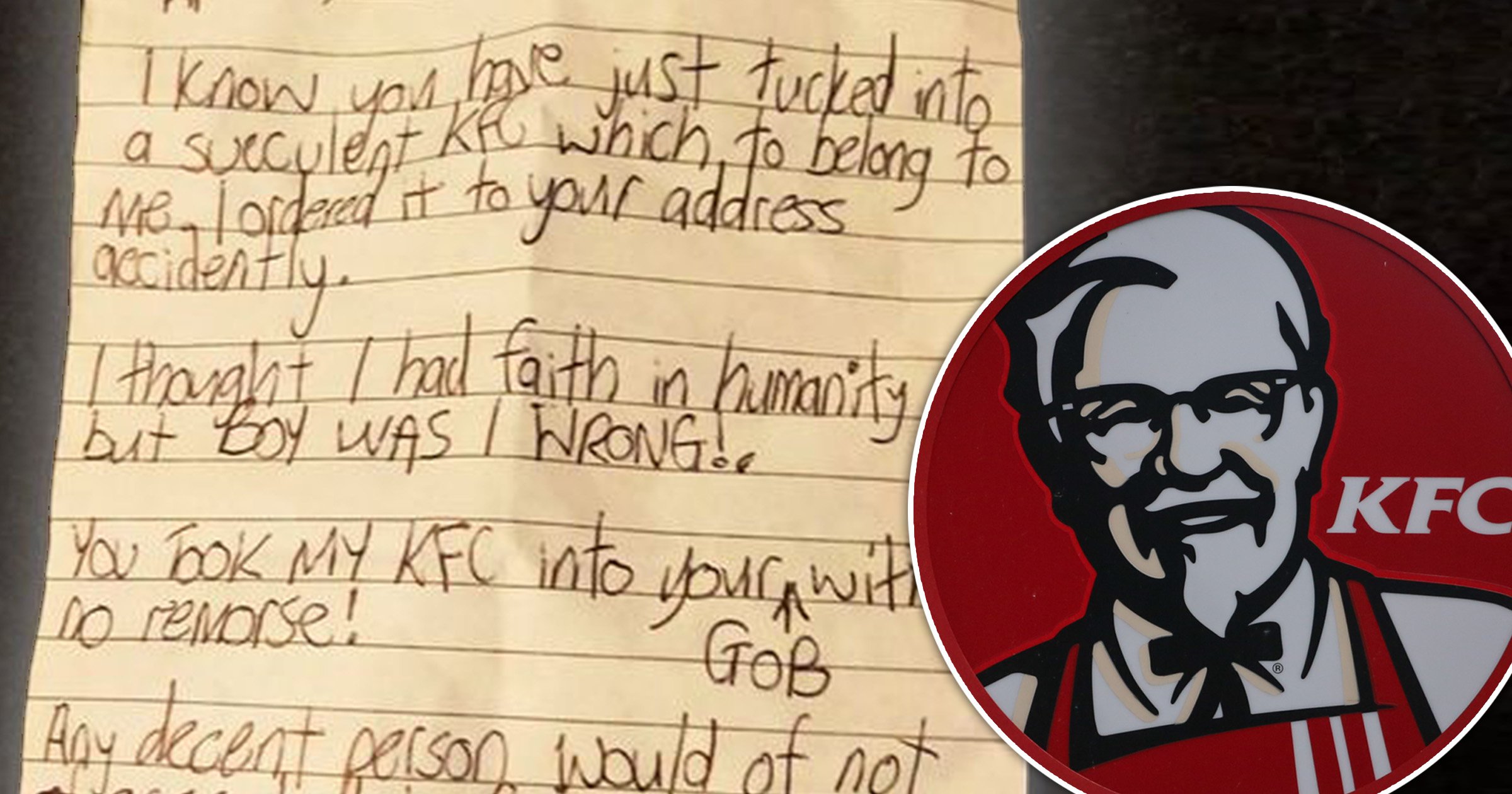 A man received a bizarre note accusing him of stealing someone else’s lost KFC order.

Ian Dickman said he was at home in Blackpool on Wednesday when someone posted a letter through his door.

The angry writer called his neighbour a ‘greedy little gremlin’ for ‘taking’ his fast food – which had apparently accidentally been sent to the wrong address.

But Ian took to social media to point out that he never accepted the takeaway and turned the delivery driver away.

The letter said: ‘I know you have just tucked into a succulent KFC which to belong to me. I ordered it to your address accidently [sic].

‘I thought I had faith in humanity, but BOY WAS I WRONG!

‘You took my KFC into your GOB with no remorse! Any decent person would of not of [sic] accepted it. But you are just a greedy little gremlin.

Ian posted on social media in the hope that the writer of the note would see it – as the message was anonymous.

He also offered to provide CCTV footage of the delivery driver leaving with the takeaway to prove he had not eaten it.

Ian wrote: ‘To the person that has put this through my letter box, you should have had the decency to knock and find out the truth.

‘We are not the idiot who ordered his/her takeaway and could not remember their own address.

‘Yes they knocked but were clearly told it was not ours and the two took it away in a silver car.

Student jailed after using KFC app glitch to order £6,500 worth of free chicken

‘There is CCTV across the street if you would like to add to your embarrassment we would be happy to get it. So we owe you nothing.’

Many people on social media mocked the note-writer for not knowing his own address.

Others have simply been asking: ‘Who spends £36 on KFC?’

Man, 49, arrested on suspicion of murder after woman is found dead in Gloucester